Crown Prince Haakon and Crown Princess Victoria were welcomed with a performance of traditional Maasai dance on their arrival at the Kitengela waste facility outside Nairobi.

They met the creators of an app supported by the United Nations Development Programme (UNDP) that serves as a waste management tool and also provides information on recycling and refuse treatment.

Crown Prince Haakon and Crown Princess Victoria also spoke with waste pickers who make a living collecting, sorting and recycling plastic waste that would otherwise end up in nature. They are part of an informal sector that has emerged in the absence of public waste management systems and that plays an important role in the effort to combat plastic pollution. 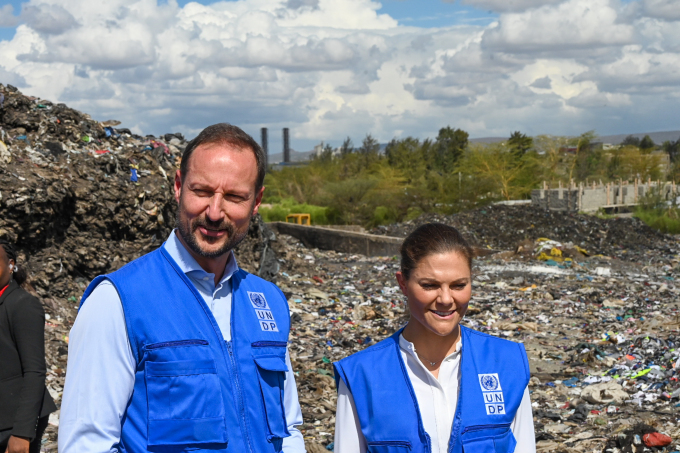 Earlier in the day, Crown Prince Haakon and Crown Princess Victoria visited Adanian Labs, an innovation centre in Nairobi for young entrepreneurs in various stages of their start-up journeys.

“Here in Kenya we have seen examples of good partnership. It was a real boost to meet the vital entrepreneurs at the Adanian Labs, and to see the good work you do at Kitengela – where technology is playing a role in enabling households to contribute to waste regeneration and livelihood creation for waste collectors,” the Crown Prince said in his remarks during the visit.

At the UN’s Kenya office

In the morning Crown Prince Haakon and Crown Princess Victoria met with local United Nations staff and UNDP representatives at the UN building in Nairobi.

Crown Prince Haakon has been a UNDP goodwill ambassador since 2003, and today he was given an introduction to the organisation’s efforts in Kenya. Crown Princess Victoria serves as one of the UN’s official advocates for efforts to achieve the global organisation’s Sustainable Development Goals, which constitute the world’s shared agenda to eradicate poverty, fight inequality and curb climate change by 2030.

In addition to UNDP and the many other UN organisations with offices in Nairobi, the Kenyan capital serves as the global headquarters of the UN Environment Programme (UNEP). 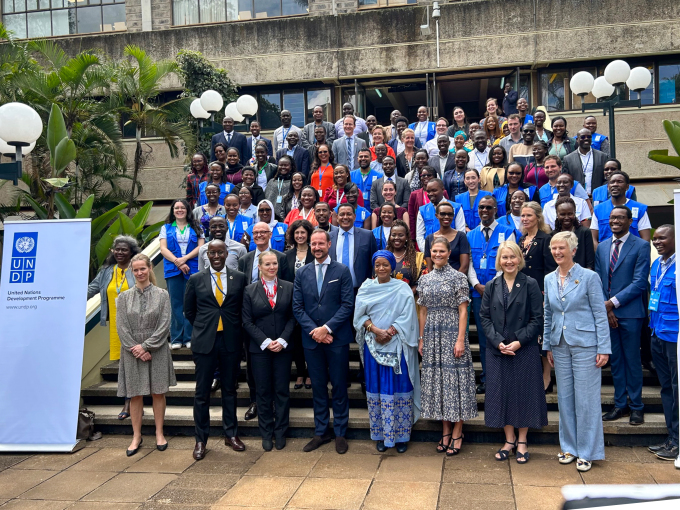 The UN Environment Programme and the UN Human Settlements Programme (UN-Habitat) are the forces behind a new report on plastic pollution in Kenya that was issued during the visit. The Norwegian researcher Emmy Nøklebye of the Norwegian Institute for Water Research (NIVA) presented the report.

The three-day visit concludes on Thursday with a focus on Norwegian-Swedish-Kenyan business cooperation.