The sailing schedule of the Royal Yacht varies from year to year. The summer season is opened when the King embarks for inspection, normally in mid-May, and is closed in late September when the King disembarks.

Today, the Royal Yacht is used in part to support the King’s participation in regattas. The King uses the ship as a base when competing in major yacht races. In recent years he has sailed in a number of regattas in European waters.

The King and Queen also travel on board the Norge in connection with official engagements in Norway and abroad. The ship is also used by The Crown Prince and Crown Princess on their county visits, and the vessel is often seen along the coast of Norway during the summer. 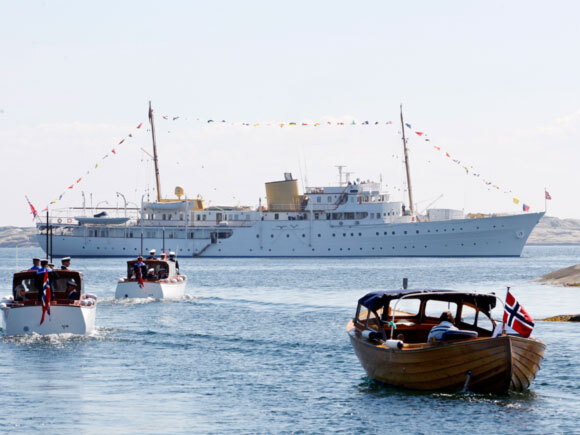 In 1991 King Harald and Queen Sonja used the Royal Yacht to visit Southern Norway in connection with their consecration tour. The following year the entire Royal Family conducted a tour of Northern Norway. In the summer of 1997 the King and Queen invited members of the European Royal Houses to join in the celebration of their 60th birthdays. The guests enjoyed a cruise from Trondheim in central Norway to Lofoten in the north, and were lodged on board the Royal Yacht Norge, the Danish Royal Yacht Dannebrog and the Norwegian naval vessel KNM Horten.

King Olav V also used the Royal Yacht in 1958 and 1959 for tours in connection with his consecration.

The Norge requires extensive maintenance, both above and below deck. This is carried out by the crew during the winter. The ship is classified by DNV.

A Royal Decree of 1947 stipulates that the ship shall be manned, operated and maintained by the Norwegian armed forces. 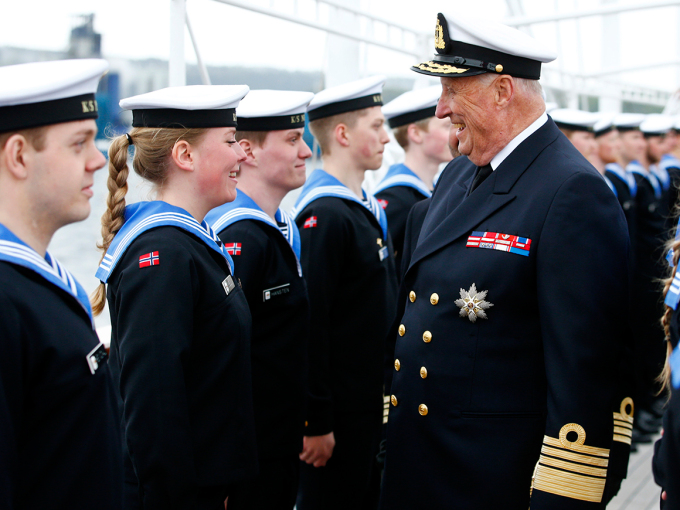 During the summer season the ship has a crew of approximately 50. During the winter the crew is reduced to a minimum of approximately 25. The crew’s main tasks consist of watch duty and maintenance. In February each year a group of new recruits reports for duty to begin theoretical and practical training for the coming season. 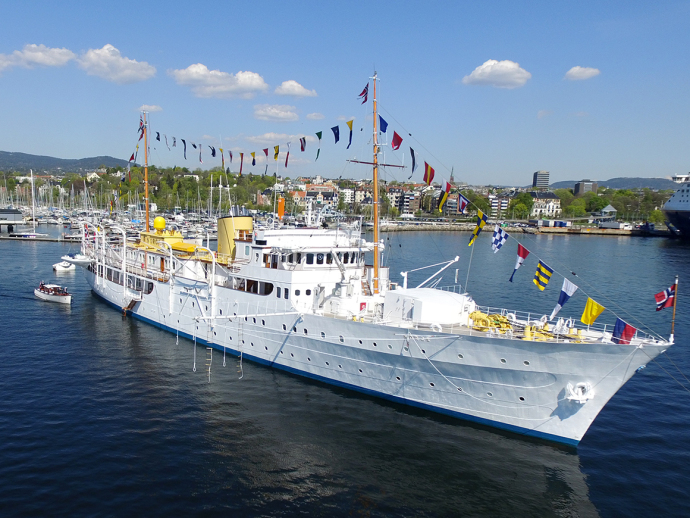