The Foundation behind the Queen Sonja Print Award seeks to generate interest in and promote the development of graphic art. The award is presented every second year.

The Foundation was established in 2011, and the award was given for the first time 14 June 2012. It was a Nordic art award, and the candidates originated from the five Nordic countries.

When the award was presented for the second time, in 2014, the Queen announced that the award now would become an international distinction - and to our knowledge, the world’s largest graphic art award. The name was changed from the Queen Sonja Nordic Art Award to the Queen Sonja Print Award - and a new website was launched promoting the award.

The award consists of a cash prize of NOK 400 000 and a one-week educational stay at the art studio Atelje Larsen in Helsingborg, Sweden.

The award is presented every two years. The recipients so far has been: 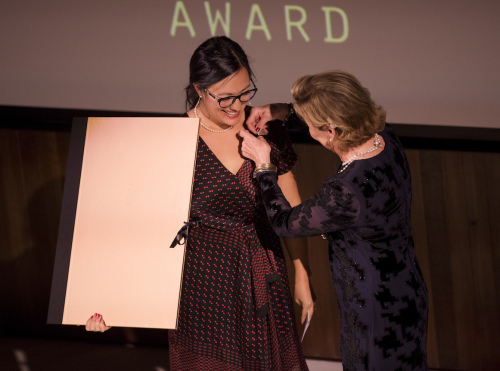 On 1 October 2014, Her Majesty and Printer US printer Bill Goldston introduced the Kjell Nupen Memorial Grant. The grant will be awarded to emerging graphic artists/printmakers from the Nordic countries. The Memorial Grant will be presented every second year in commemoration of Norwegian artist Kjell Nupen, who passed away earlier this year.

The recipient is announced on 5 September, the birthday of Mr Nupen.

The recipients so far has been: 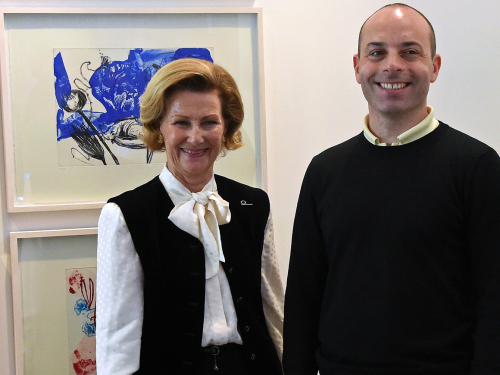 The Kjell Nupen Memorial Grant is a collaboration between the H.M. Queen Sonja Art Foundation and Universal Limited Art Editions (ULAE), a fine art print publisher in New York. The Memorial Grant comprises an educational stay at ULAE’s workshop and a cash prize of NOK 50 000 to cover expenses for travel, food and accommodation and printing materials. The board of the Foundation is responsible for selecting the recipient.

In 2018 the QSPA Lifetime Achievement Award was presented for the first time. The Award celebrates an artist’s career and lifetime contribution to graphic art and printmaking.

The first QSPA Lifetime Achievement Award was presented the British artist David Hockney for his distinguished contribution to the art of printmaking.

The Foundation for the Queen Sonja Nordic Art Award was established on 14 January 2011 by Her Majesty The Queen in cooperation with artists Kjell Nupen, Ørnulf Opdahl and Ole Larsen. 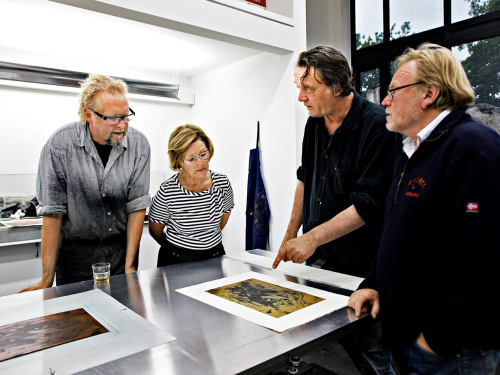 In 2010, in cooperation with Norwegian artists Kjell Nupen and Ørnulf Opdahl and Atelje Larsen in Sweden, Her Majesty The Queen embarked on a project entitled Tre reiser – tre landskap (“Three journeys – three landscapes”). The Queen, Kjell Nupen and Ørnulf Opdahl created a collection of graphic prints to be put on sale. All proceeds from the sale of the prints went to the Foundation for the Queen Sonja Nordic Art Award and constitues - along with other gifts and contributions - the foundation’s capital.