Journeyed 5 000 years back in time

Their Royal Highnesses The Crown Prince and Crown Princess visited Skara Brae on the second day of their official visit to the Orkney Islands. Skara Brae was a Neolithic village and is regarded by many as one of the most important prehistoric sites in Europe.

Crown Prince Haakon and Crown Princess Mette-Marit arrived at Skara Brae this morning, where they were led on a journey 5 000 years back in time. Skara Brae was named a UNESCO World Heritage Site in 1999, together with the Stones of Stenness circle and henge and the Ring of Brodgar stone circle and henge.

Strong winds and high tides during a winter storm in 1850 stripped the grass from a large mound known locally as “Skerrabra”. When the storm subsided the outline of a number of stone buildings was revealed. An excavation was begun, but it was not until 1924 that more serious excavations were undertaken. 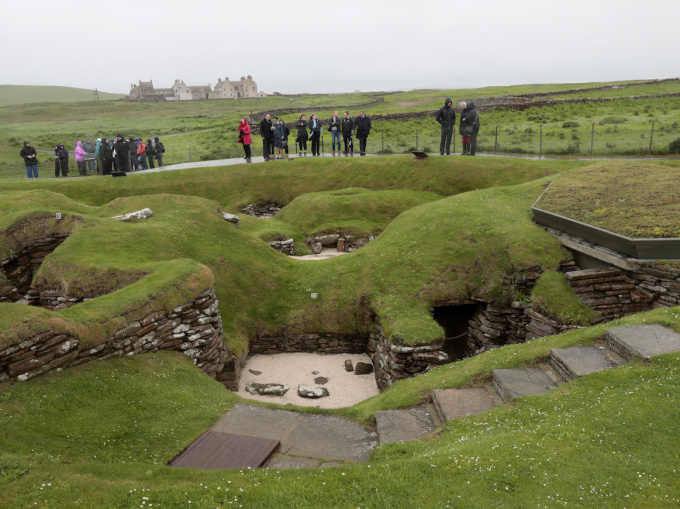 Skara Brae is regarded as one of the most important prehistoric finds in Europe. Photo: Lise Åserud, NTB scanpix

It is estimated that the cluster of dwellings was built around 3180 BC and was home to between 50 and 100 individuals. The eight houses are remarkably well preserved, considering how ancient they are. The sand dunes surrounding the settlement helped to preserve them. 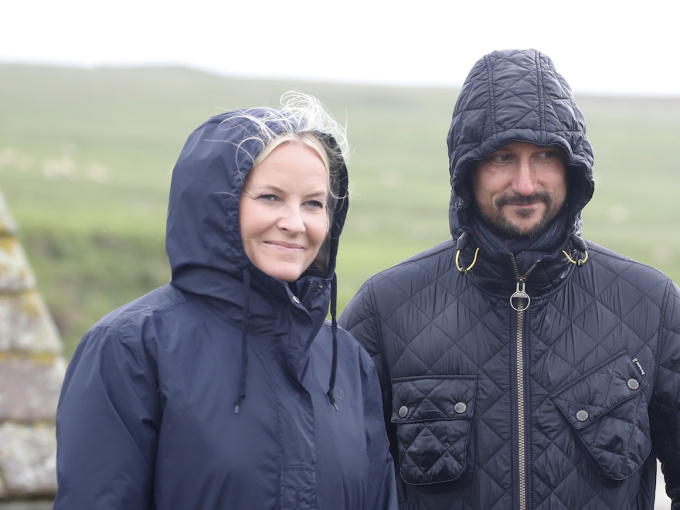 A storm led to the discovery of Skara Brae, and the weather was not particularly fine today either... Photo: Lise Åserud, NTB scanpix

Climate change bringing colder, wetter weather may be one of the reasons why the settlement was abandoned around 2500 BC.

The Crown Prince and Crown Princess concluded their official visit to the Orkney Islands with lunch at Orkney Brewery. Local food and beverages are becoming an increasingly important part of the growing tourist industry. Orkney Brewery specialises in hand-crafted ales using traditional recipes and methods.

After a final meeting with the press, the Crown Prince and Crown Princess returned to Kirkwall and departed for Norway.