The oceans have a vital role to play in almost all of the UN Sustainable Development Goals. But as His Royal Highness The Crown Prince emphasised today, succeeding in these efforts will require achieving a good balance between conservation and sustainable harvesting of marine resources.

Norway has taken a leading role in international efforts to promote sound, evidence-based management of the oceans. The objective is to expand understanding of the major role that the oceans can play in achieving the United Nations Sustainable Development Goals of eradicating hunger and poverty – provided that there is a good balance between conservation and sustainable harvesting. 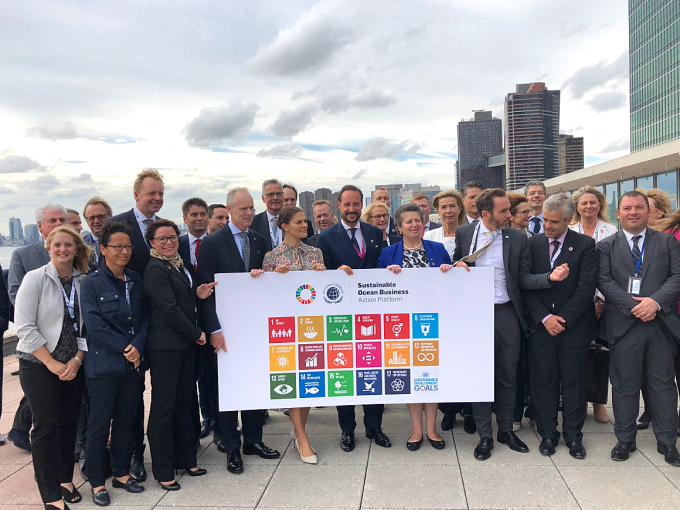 Crown Prince Haakon stressed precisely this today when he spoke at the UN Global Compact workshop “The Ocean Retreat”:

- Estimates show that we will be about 10 billion people on the planet by 2050. 10 billion people will need food, energy and means of transport. Many of our future solutions to these challenges lie in the ocean. But all this depends on our ability to manage our oceans sustainably today.

Unleashing the tremendous, untapped potential of our oceans is key to reaching our Sustainable Development Goals.

- According to the OECD, the ocean economy alone could create 40 million jobs globally by 2030. Unleashing the tremendous, untapped potential of our oceans is key to reaching our Sustainable Development Goals.

But, unless we take steps to safeguard the marine environment, we will not be able to harvest the wealth of the ocean, the Crown Prince stated.

Unless we take steps to safeguard the marine environment, we will not be able to harvest the wealth of the ocean.

The Ocean Retreat is the first meeting of the UN Global Compact Action Platform for Sustainable Ocean Business since its launch in June. The purpose of the ocean action platform is to gain insight into how the oceans and ocean industries can support efforts to achieve the Sustainable Development Goals and to work towards international standards for sustainable use of the oceans.

The initiative brings together representatives of the research community and organisations as well as the world’s largest marine companies in areas such as energy, shipping and aquaculture. Norway has taken a leading role in this work and also contributes financially. 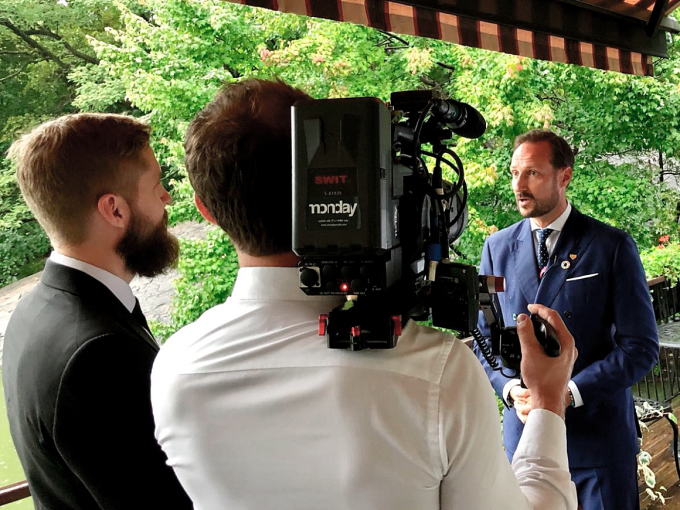 Managing the oceans is a key example of an area where international agreements are critical. Norway has long experience with integrated management plans and can contribute valuable knowledge, technology and resources to international ocean management.

Norwegian Prime Minister Erna Solberg heads the UN High-level Panel on Building a Sustainable Ocean Economy and she gave a statement at yesterday’s high-level meeting. The meeting was attended by global industrial leaders as well as Crown Prince Haakon and Her Royal Highness Crown Princess Victoria of Sweden.

The UN ocean panel comprises heads of state and government from Australia, Chile, Fiji, Ghana, Indonesia, Jamaica, Japan, Mexico, Namibia and Portugal, and is working to establish an independent expert roadmap for the oceans with clear recommendations for sustainable marine management. The plan is to present the roadmap in 2020.

The ocean was also the theme for a large reception at the Museum of Modern Art (MoMA) last night Norwegian time. As host for the reception, Prime Minister Solberg welcomed several hundred guests to enjoy seafood and discuss topics relating to the ocean.

The programme at the museum also included some light entertainment, such as a Kahoot quiz on the oceans, where Crown Prince Haakon was ultimately defeated by Norwegian Minister of International Development Nikolai Astrup. 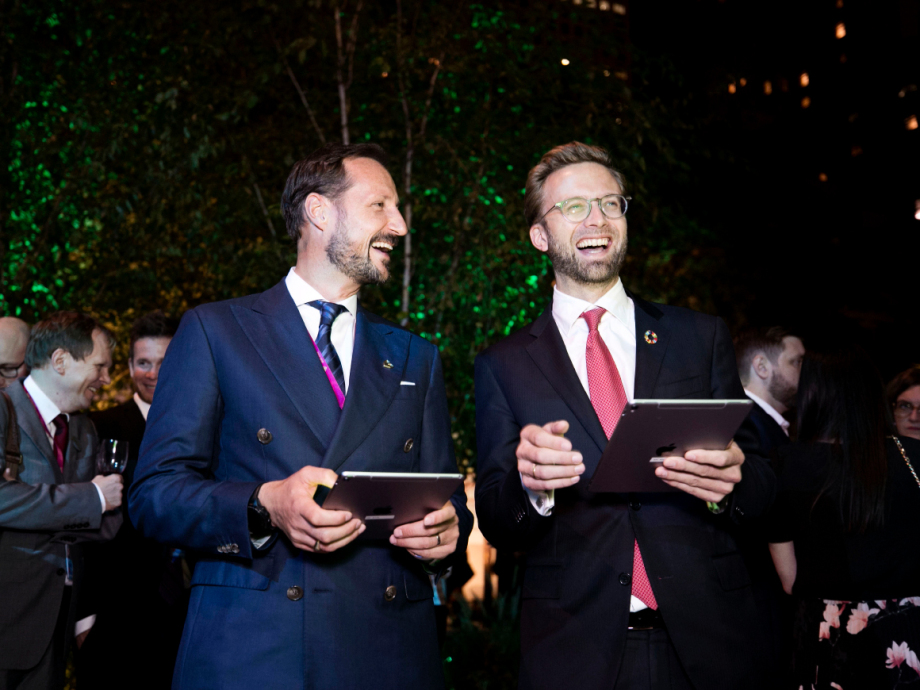 The reception was co-organised by the UN Global Compact.

Next year Norway will host the conference Our Ocean 2019 in Oslo on 23–24 October. Knowledge-based, integrated marine management will be the main theme. This year’s conference is being held in Bali.