After ten eventful days in Dunhuang, Beijing and Shanghai, Their Majesties The King and Queen concluded their State Visit to the People’s Republic of China today in the picturesque city of Suzhou.

The final item on the programme was the classical garden in Suzhou, but the day started off at United World College Changshu.

United World College (UWC) is a global education movement that brings together young people from all over the world at 17 upper-secondary schools in 17 countries. The UWC seeks to use education to promote peace and sustainable development, thereby creating meeting places for exchange, experiential learning and self-reflection across national borders.

In Norway there is a UWC campus in Fjaler municipality in Sogn og Fjordane county. Queen Sonja is the patron of the college and has visited it a number of times.

“Imagine what it means when 200 pupils from 95 countries get to know each other and each others’ cultures,” said the Queen after a visit to Fjaler. “This is a fantastic measure that should be introduced more places around the world.”

Today she had the opportunity to visit the UWC in Changshu – the latest addition to the UWC community. The Changshu campus opened in 2015 and has 560 pupils from 99 different countries and regions. Five of the pupils are from Norway. 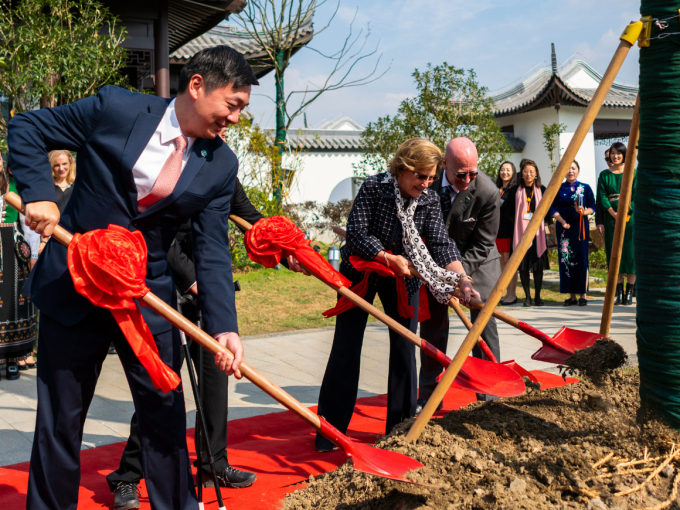 The King and Queen concluded their State Visit at one of China’s most beautiful classical gardens. Founded in 1509, the Humble Administrator’s Garden in Suzhou spans over 52 000 m2.

The King and Queen concluded their State Visit at “the mother of all Chinese gardens”. Govva: Tim Haukenes

The garden’s founder, Wang Xian Cheng, was an imperial envoy during the Ming Dynasty. He cultivated the garden as a place to spend a tranquil, simple life after retirement, and this is still reflected in the garden’s name.

The park is divided into three large gardens, all of which include large pavilions, lotus ponds and rock arrangements. A museum on the premises shows how the garden has evolved over the centuries. 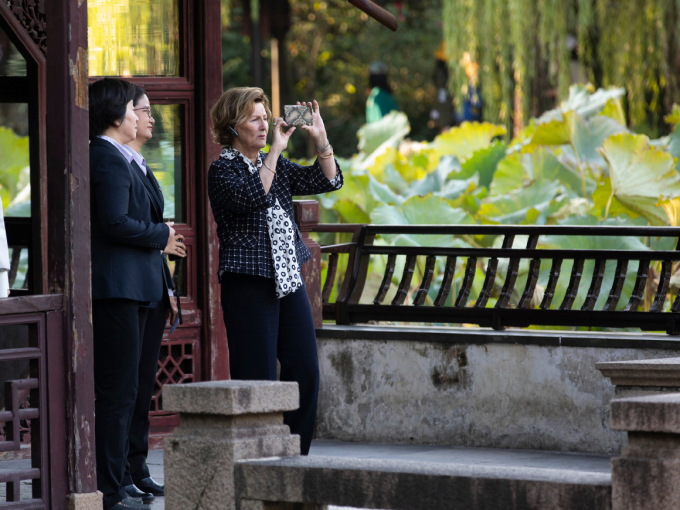 The garden is one of China’s most famous attractions and is known as “the mother of all Chinese gardens”. In 1997 it was listed as a UNESCO World Heritage Site.