His Majesty The King and His Royal Highness The Crown Prince visited the Trident Juncture 2018 military exercise today. It is the first time father and son together have visited a major NATO exercise on Norwegian soil.

The King and the Crown Prince received a wide-ranging briefing on the Trident Juncture military exercise – the largest NATO exercise in Norway since the 1980s, during the Cold War. Some 50 000 soldiers, 250 aircraft, 65 ships and 10 000 land vehicles from 31 nations have been assembled for the military exercise, which has taken place mainly in Trøndelag, Møre og Romsdal, Oppland, Hedmark and Østfold counties as well as in Swedish and Finnish air space and sea areas. King Harald and Crown Prince Haakon visited the exercise in Røros municipality, in Trøndelag county. 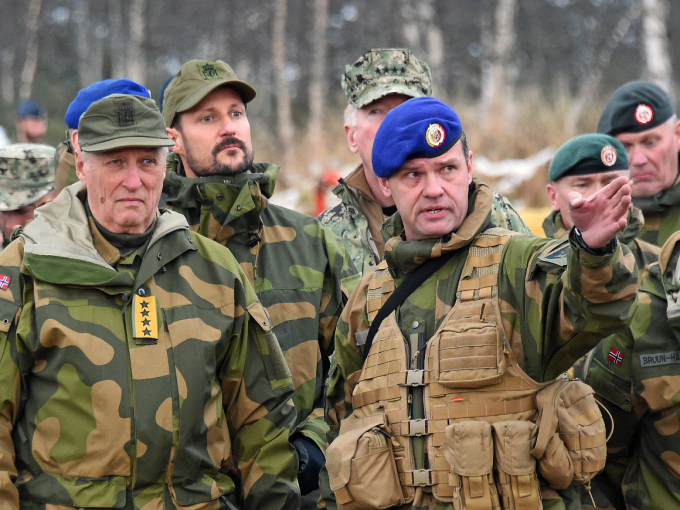 The King and the Crown Prince learned that the exercise will also be a test of the modernised total defence concept, which refers to the nation’s combined military and civilian effort in times of crisis or war. If a serious situation arises, civil society and the military will be dependent on one another. Crisis or conflict could affect a variety of civilian occupations and industries, including health care, transport and logistics, agriculture, food, media and construction. These, too, will undergo training and testing during Trident Juncture. 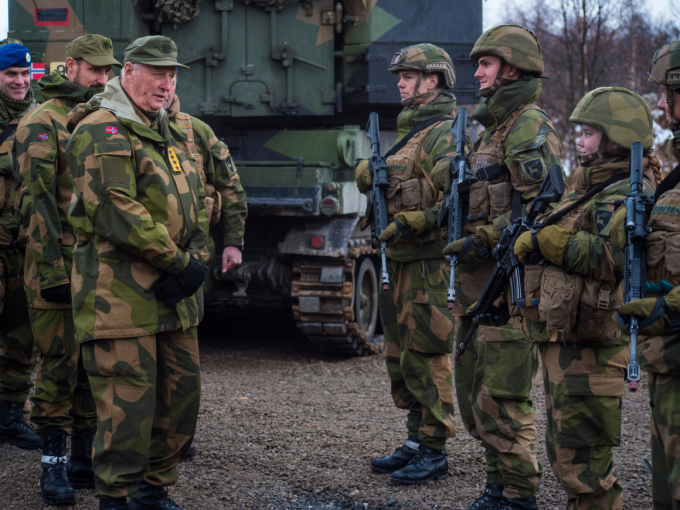 After their briefing on the exercise, King Harald and Crown Prince Haakon travelled to Glåmos, where they met soldiers in the Artillery Battalion of Brigade Nord. The two four-star generals spent considerable time talking with the soldiers about the exercise and the major challenges Trident Juncture poses. 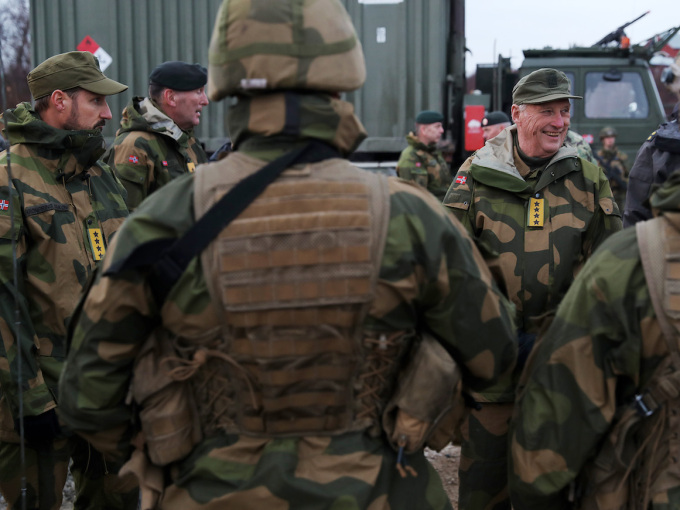 From Glåmos, the King continued to Værnes, outside Trondheim, to meet members of the British Royal Marines. The Crown Prince travelled to Tolga and met soldiers from the Swedish Armed Forces, who are also participating in the military exercise. The Crown Prince will be taking an active part in the exercise tonight.

The Crown Prince will also be following the exercise on Tuesday after having spent the night in a tent with soldiers in the field.

Family and Royals from all over Europe are gathered at the Royal Palace to celebrate the 18th birthday of Her Royal Highness Princess Ingrid Alexandra. Before dinner, new photographs were taken.