Today Their Majesties The King and Queen welcomed the President of the Republic of Slovenia, His Excellency Mr Borut Pahor, to Norway. This is the first State Visit to Norway of a Slovenian President and King Harald and Queen Sonja are his hosts.

President Pahor’s visit is a return visit to the State Visit paid by King Harald and Queen Sonja to Slovenia in 2011.

Welcomed in the Palace Square

The President arrived at the Palace Square at 11:00 a.m. today, accompanied by His Royal Highness The Crown Prince.

The King and the President heard the Norwegian and Slovenian national anthems from the pavilion of honour outside the Royal Palace. President Pahor then inspected the Guard of Honour before King Harald presented him to representatives of the Norwegian authorities. 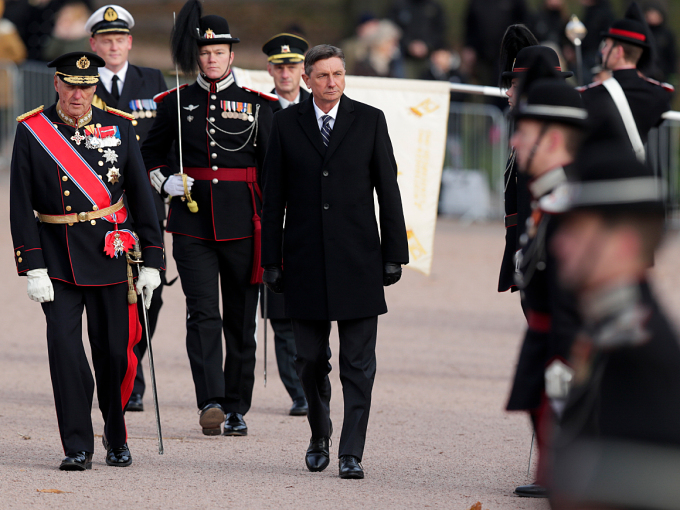 Representatives of the Slovenian community in Norway were gathered at the Palace Square and there was an opportunity to greet some of them before the party moved into the Palace for official photographs in the Bird Room.

Gift giving is part of the tradition during State Visits, and on this occasion the gifts were placed on display in the White Parlour. Among other gifts, President Pahor had brought a set of unique Slovenian fishing flies for King Harald. The King’s enthusiasm for fly fishing is well known. 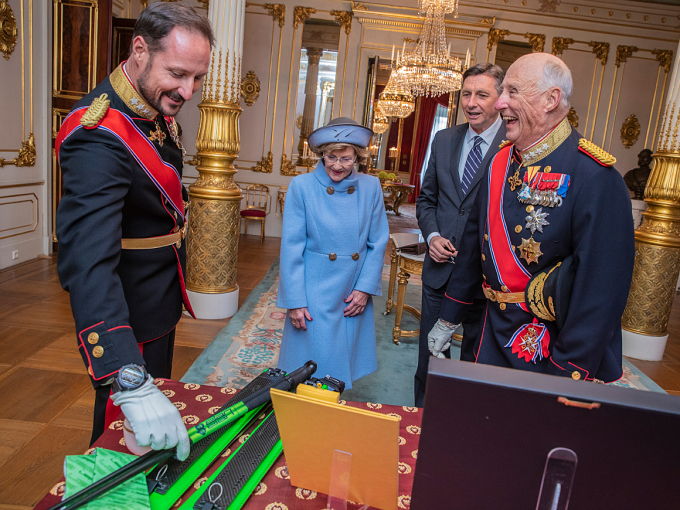 Heads of State on State Visits to Norway traditionally lay a wreath at the national monument at Akershus Fortress. The monument was erected to commemorate those who lost their lives during the Second World War. The King and Queen both accompanied the President to the ceremony.

After the wreath-laying ceremony, President Pahor visited the Storting, where he met with President of the Storting Tone Wilhelmsen Trøen. Afterwards the King and Queen hosted an official luncheon at the Royal Palace.

This afternoon, the King and the President visited the exhibition We’re Open! which was formally opened today. The exhibition of modern Slovenian furniture design will be on display at Kunsthall Oslo until 25 November. 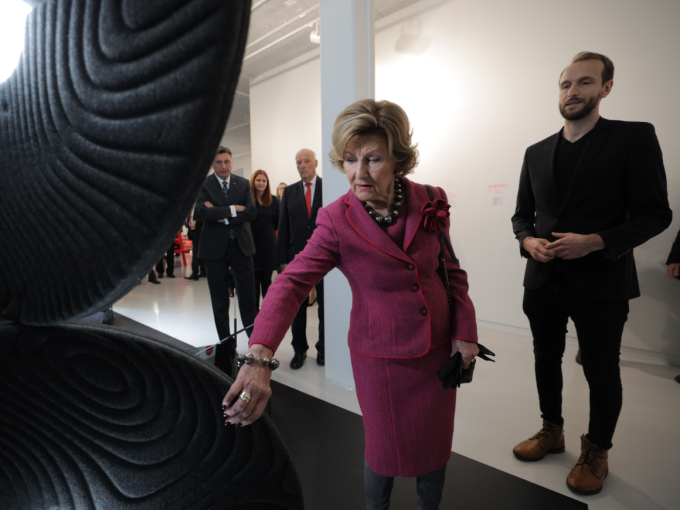 The exhibition has been produced by the Centre for Creativity at the Museum of Architecture and Design in Ljubljana. Mika Cimolini, who heads the programme at the Centre for Creativity, showed the guests around. Well-established designers and newcomers alike are represented in the exhibition, and several of them were present during today’s visit. The works embrace both the traditional and the futuristic, taking inspiration from folklore and craft traditions as well as recycled materials, ultralight carbon and 3D printing.

Tonight, the King and Queen are hosting a gala dinner at the Palace in honour of the President’s visit. 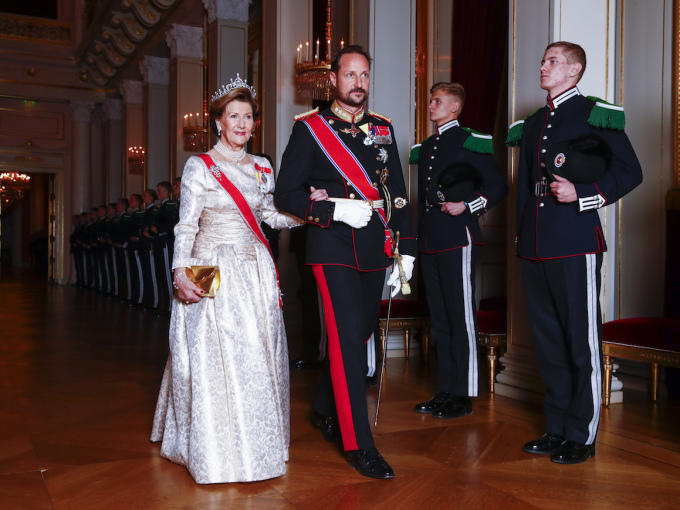 The tables in the Banqueting Hall are set for 180 guests, and the dinner will start at 8 p.m. Both King Harald and President Pahor will hold speeches during the dinner.

Facts about the Republic of Slovenia

Total area: 20 273 km²
Population in 2018: Slightly more than 2 million
Official language: Slovenian, as well as Italian and Hungarian which are spoken in some municipalities along the borders.

Slovenia and Norway established diplomatic relations in 1992, and ties between the two countries are very good. Their Majesties King Harald and Queen Sonja visited Slovenia in May 2011. This was the first State Visit from Norway to Slovenia. Former President Milan Kučan paid a visit to Norway in 1997, when he was granted an audience with King Harald.