This morning His Majesty The King unveiled the National Veterans’ Monument and lit the “eternal flame” at Akershus Fortress in Oslo.

His Royal Highness The Crown Prince was also in attendance.

Those who have given their lives

The monument consists of a stone block on which the line “even we, when it is demanded”, from the Norwegian national anthem, “Ja, vi elsker”, is engraved, a bronze plaque listing the names of those who have lost their lives in international operations, and an “eternal flame” in the shape of a torch at the top of the bronze plaque. 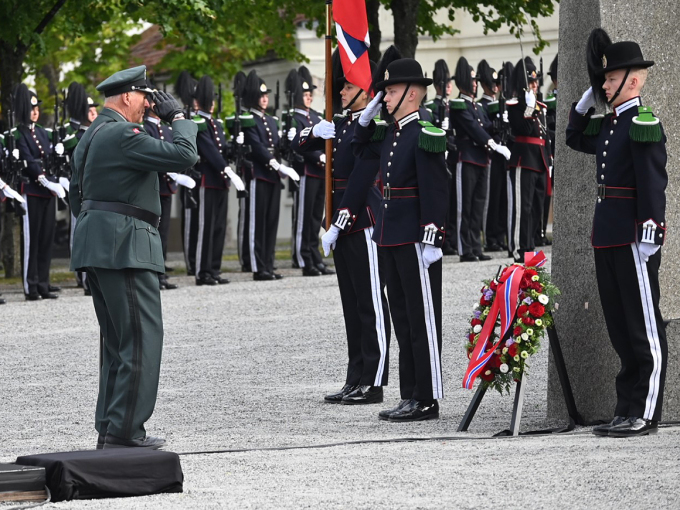 In 2019 the Government decided to establish a national memorial at Akershus Fortress to honour personnel who had participated in international operations on behalf of Norway.

The King and the Crown Prince were received by President of the Storting Tone Wilhelmsen Trøen, Prime Minister Erna Solberg and Norwegian Chief of Defence Eirik Kristoffersen. Minister of Foreign Affairs Ine Eriksen Søreide and Minister of Defence Frank Bakke Jensen were also present at the unveiling.

After the unveiling, a medal ceremony was held.

King Harald awarded the War Cross with Sword to Major Knut Andreas Flydal for his exceptional actions when leading his forces in combat during an incident in Syria in 2017, as part of the international coalition against ISIL.

According to the justification cited for the award, Flydal’s courage and outstanding leadership played a crucial role in achieving his division’s favourable resolution of the mission during the incident. 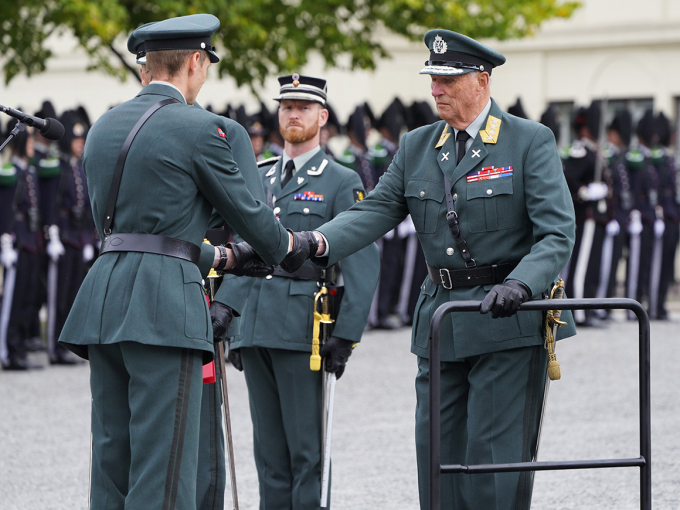 A place for contemplation

The Veterans’ Monument is located at the southern end of the Fortress Square, and also features a 100-metre-long natural stone bench made of Norway’s national rock, larvikite. The bench surrounds a grove of linden trees that have been part of the square since the 1990s.

This protected area under the trees will now become a place for acknowledgment and contemplation.

The names of all the international operations in which Norway has taken part since 1945 are engraved on the inside of the natural stone bench.

The bench symbolises the extent and scope of Norway’s contribution to international operations across the world.