Young people speaking on the future of the Arctic

Norway and the Netherlands share strong historical ties to each other and to the Arctic – the ocean and land areas surrounding the North Pole.

The Fram Museum tells the story of the Norwegian polar explorers and Norwegian polar research. The museum’s main attraction, the vessel Fram, was used in three expeditions in the Arctic and Antarctic – under Fridtjof Nansen (1893–1896), Otto Sverdrup (1898–1902) and Roald Amundsen (1910–1912). 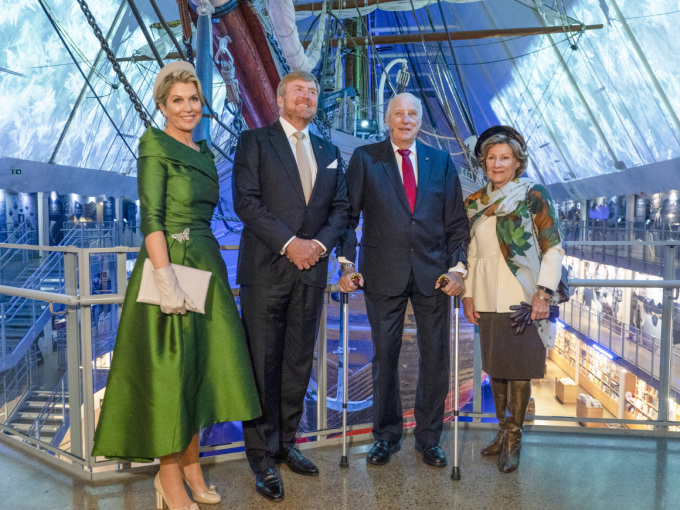 King Harald and Queen Sonja with King Willem-Alexander and Queen Máxima on the deck of the polar schooner Fram. Photo: Terje Pedersen, NTB

Willem Barentsz was a Dutch explorer who discovered the Svalbard archipelago in 1596. He took part in three expeditions from the Netherlands in search of a northeast passage from Europe to East Asia. Barentsburg, the Barents Sea, Barentsøya island and the Barents Region all bear his name in honour of his discoveries.

The situation in the Arctic and its future prospects

King Harald and Queen Sonja, along with their guests from the Netherlands, listened to eight young people voice their perspectives on the situation and future prospects of the Arctic. Astrid Regine Nässlander from the island of Engeløya and Michal Meyer Nilssen from Bodø are both actively working to promote sustainable production – she as a chef and he as an entrepreneur who has started a fish leather business.

Also taking part from Norway were Ole Martin Melbøe Nygaard from Harstad, Youth Leader of Troms and Finnmark County Council, and Anja Márjá Nystø Keskitalo, trainee at the Saami Council. She has a Masters in Geography from the Norwegian University of Science and Technology in Trondheim and is a former member of the Sámi youth organisation Noereh and the Arctic Frontiers Student Forum. 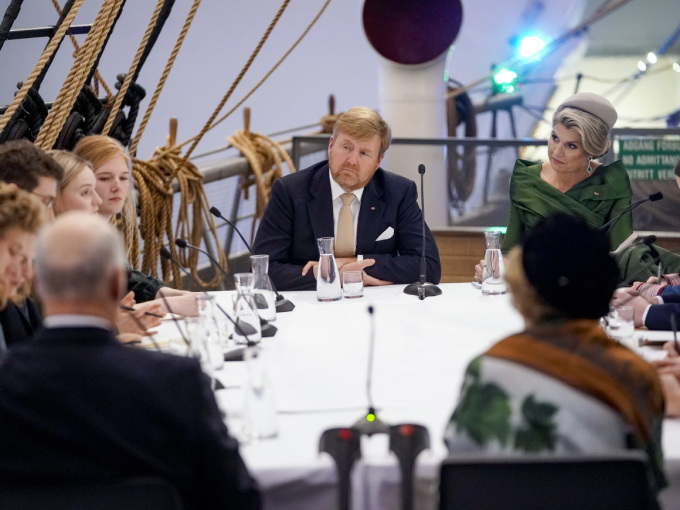 The roundtable discussion between the participants was moderated by representatives of the Arctic Frontiers initiative, which holds an annual conference on Arctic issues and opportunities.

The impacts of climate change are particularly evident in the Arctic – not least in terms of the Arctic sea ice extent in summer.

Norway and the Netherlands are extensively involved in polar research, and both countries have recently published Arctic policy documents that stress the need for international cooperation and research, involvement of young people, and joint measures to curb climate change.