Norway and the green transition

The second day of the Crown Prince’s visit to the US and New York City began with a visit to Equinor, where he officially opened Equinor’s new wind power office in Industry City in Brooklyn.

New York State has set a target of obtaining 70 per cent of its energy consumption from renewable sources by 2030. A significant proportion of this is to come from wind power, and the plan is for Equinor to deliver about one-third of the state’s anticipated wind power supply.

Equinor has been commissioned to carry out three wind power projects off the Atlantic coast of the US, and according to the company, these will produce enough electricity combined to power roughly 1.6 million households. The port complex South Brooklyn Marine Terminal (SBMT) is to be the mainland cable landing point for electricity, and the contract for this is set to be signed this winter. 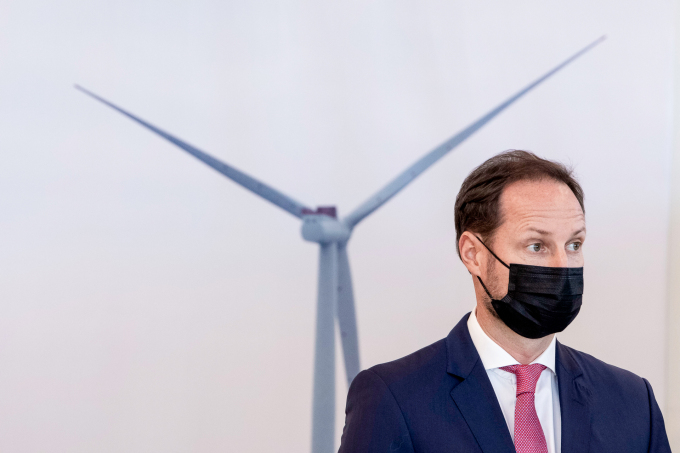 His Royal Highness Crown Prince Haakon and Minister of Trade and Industry Jan Christian Vestre were received by President of Equinor Wind US, Siri Espedal Kindem. The Crown Prince then cut the ribbon to formally open the new offices, together with President of New York State Energy Research and Development Authority Doreen Harris and the Norwegian Minister of Trade and Industry.

The need for sustainable investments is gaining increasing attention in the US and Europe. With this in mind, a business seminar was organised highlighting the efforts to finance the green transition and investments in new climate-related solutions on the New York Stock Exchange. This is the world’s largest capital market, with a clear focus on sustainable and socially responsible (ESG) investments. Earlier this year, a new director was appointed for its recently introduced new asset class: Natural Asset Companies. A number of Norwegian companies are listed on the exchange. 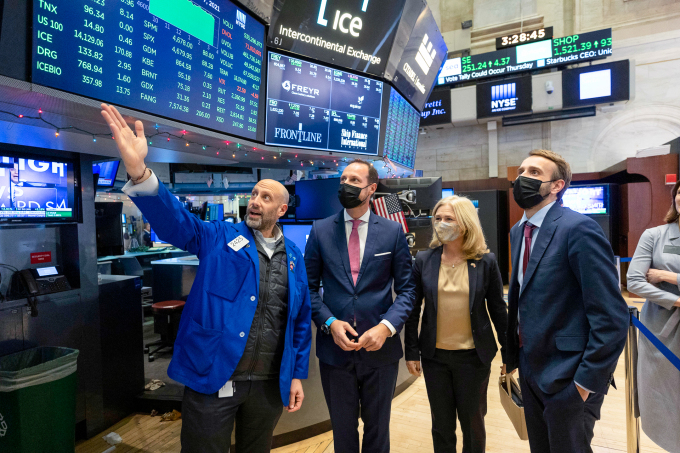 The Crown Prince was given a tour of the New York Stock Exchange, together with the Minister of Trade and Industry, and then attended the panel discussion on financing the green transition. (Photo: Royal Norwegian Consulate General / Pontus Höök)

Norwegian literature in the US 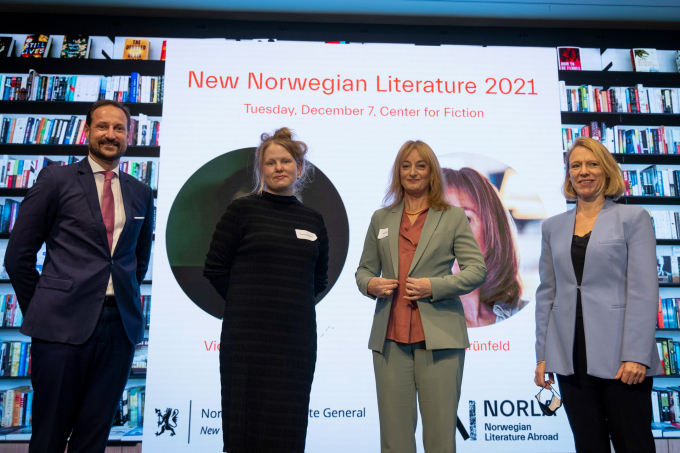 At the Center for Fiction, the Crown Prince and the Minister of Foreign Affairs took part in an event introducing Norwegian authors to US publishers. (Photo: Royal Norwegian Consulate General/ Pontus Höök)

Crown Prince Haakon also visited the Center for Fiction in downtown Brooklyn to take part in an industry seminar on Norwegian literature. In collaboration with Norwegian Literature Abroad (NORLA), the Norwegian Consulate General is organising an event with US publishers to promote Norwegian authors who are not yet marketed in the US. NORLA travelled to New York with a delegation of 15 Norwegian literary agents and four authors, two of whom – Victoria Kielland and Nina Grünfeld – are being presented at the seminar.