Princess Ingeborg received the diamond and pearl tiara as a gift from her husband, Prince Carl of Sweden, more than 120 years ago. “It means a great deal to me that the tiara has now been given to Princess Ingrid Alexandra,” said Her Highness Princess Astrid Mrs Ferner. 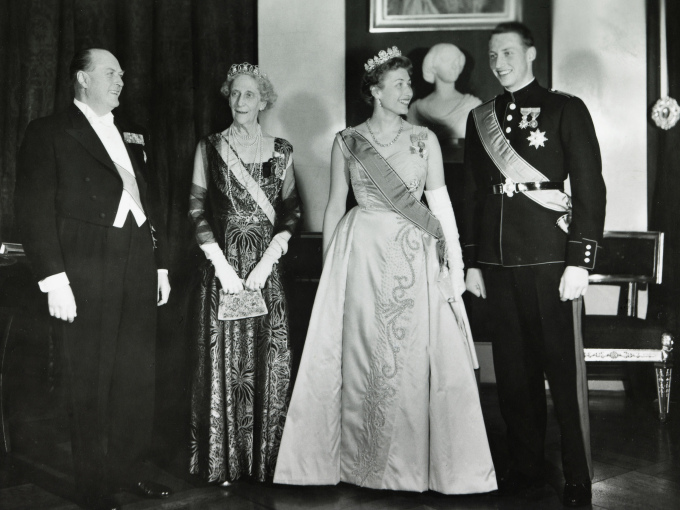 “It is a beautiful tiara made of interlocking diamond circles set in platinum. The button-style diamond and pearl elements are later additions. Grandfather purchased the tiara for Grandmother when they were attending the Paris Exposition in 1900,” Princess Astrid explained.

Princess Ingeborg’s husband, Prince Carl, was aware that his wife had several tiaras that were heavy to wear. At the Paris Exposition the Prince saw the tiara on display by the jeweller Boucheron, and purchased it. “Grandfather bought this for my grandmother because it was lighter to wear on important occasions,” says Princess Astrid. 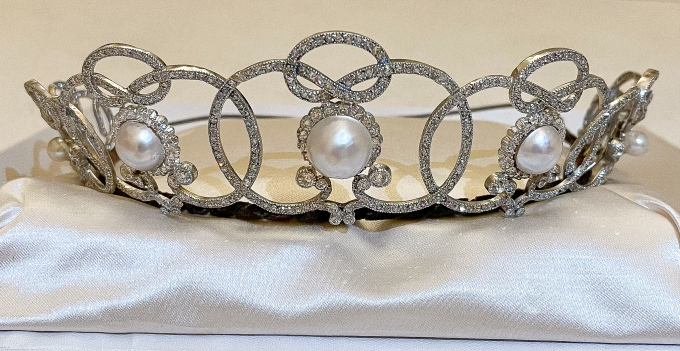 Princess Ingeborg received the tiara as a gift from her husband, Prince Carl of Sweden. Photo: The Royal Court

Wanted the Princess to inherit the tiara

Crown Princess Märtha wearing her mother’s tiara at a gala dinner at the Waldorf Astoria in New York in 1939. Photo: The Royal Collections

“Grandmother used the tiara often throughout her life. The last time she wore it was at my brother ‘s celebration of his 21st birthday in 1958,” Princess Astrid concluded.