His Royal Highness The Crown Prince is paying an official visit to Iceland this week to highlight the importance of the close relations between Norway and Iceland. His programme started with a hike to the Fagradalsfjall volcano area, accompanied by President of Iceland Guðni Thorlacius Jóhannesson.

The three-hour hiking tour in Iceland’s rugged landscape gave Crown Prince Haakon first-hand insight into the immense power of the nature there. The Crown Prince and President Jóhannesson visited the Fagradalsfjall area, the site of Iceland’s last volcanic eruption, which occurred in August of this year.

The volcanic area is only 40 km from Reykjavik, the capital. When the mountain came to life in March 2021, it was the first volcanic eruption on the Reykjanes Peninsula in more than 800 years. Tourists and Icelanders alike flocked to see it. Scientists have declared the volcanic eruptions of 2021 and 2022 over for now. 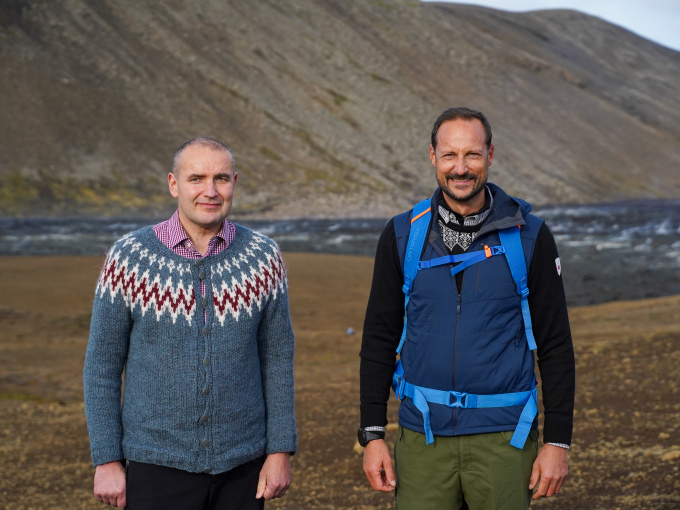 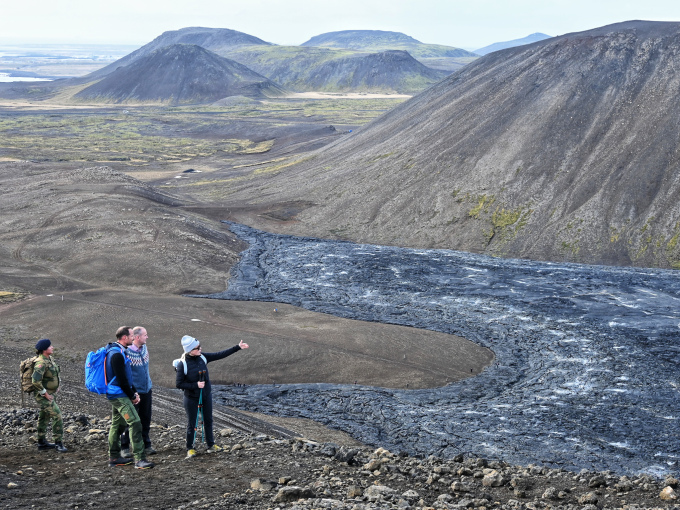 Crown Prince Haakon, President Guðni Th. Jóhannesson and guide Kristín Jónssdóttir on their way to the volcano. Photo: Una Sighvatsdóttir, Office of the President of Iceland

After an hour and a half in rough terrain, the hiking group reached the top, with a good view of the volcano itself. Kristín Jónssdóttir, a seismologist employed by the Icelandic Meteorological Office, was the guide.

The recent eruptions have been accompanied by increased earthquake activity in the area. An important purpose of today’s climb was to focus attention on the need for safety and preparedness measures due to frequent volcanic activity. 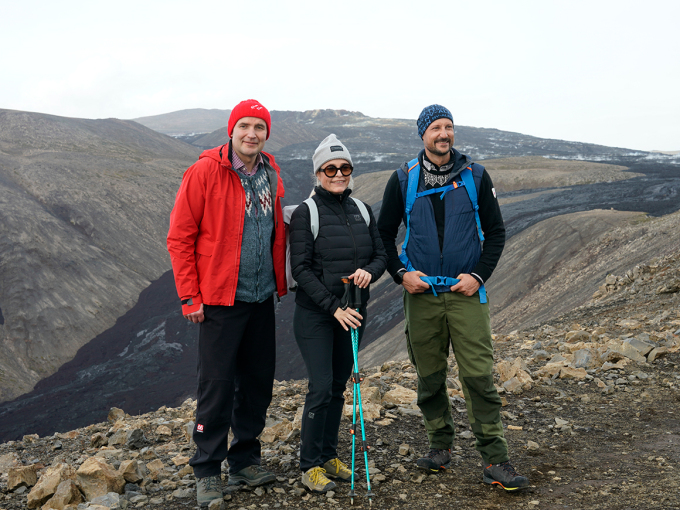 Dinner with the President

This evening, President Guðni Th. Jóhannesson and First Lady Eliza Reid are hosting a dinner at the President’s official residence, Bessastaðir, in Álftanes, just outside Reykjavik. Some 20 guests were invited, including Norway’s Ambassador to Iceland, Aud Lise Norheim, and State Secretary Eivind Vad Petersson of the Ministry of Foreign Affairs, who is accompanying the Crown Prince during the three-day visit to Iceland. 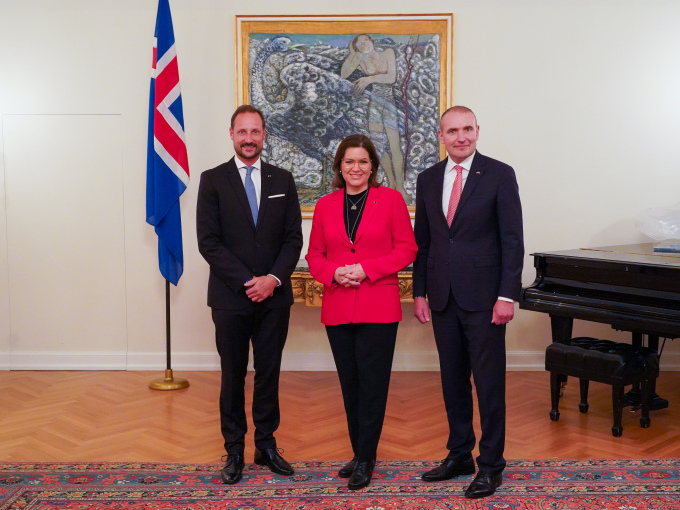 Norway and Iceland share a great deal of history and cultural heritage, and in his speech Crown Prince Haakon discussed the common values that form a key part of the ties between the two countries.

“Trust is the very core of our friendship. Together with our shared commitment and values, this trust is fundamental at a time in history when we are contending with climate change while at the same time dealing with other complex issues – such as war in Europe and a severe energy crisis,” said the Crown Prince.

Tomorrow, Crown Prince Haakon will speak at the opening of the Arctic Circle Assembly, where more than 2 000 participants from over 60 countries will convene to discuss Arctic issues. The Crown Prince will also visit the Hellisheiði geothermal power plant and Carbfix, which is designing pioneering technology for carbon capture and storage. In the evening he will attend a dinner to be held at the residence of the Norwegian Ambassador. Participants will include young adults from both Iceland and Norway.

The visit concludes on Friday with a breakfast for members of the business community, where discussions will be focused on the green transition.