"The well-being of the Arctic is critical for our existence," His Royal Highness Crown Prince Haakon said in his remarks during the opening the Arctic Circle Assembly in Reykjavik today.

The Arctic Circle Assembly is the largest annual gathering focused on international dialogue and cooperation on the future of the Arctic. The event gathers more than 2 000 participants from 60 countries and is held every October in the Harpa concert hall and conference centre in Iceland’s capital, Reykjavik.

Climate change in the Arctic

The Arctic and the tropics are the regions where global climate change is having the greatest impact, the Crown Prince told the assembly.

"When the ice melts in the far north, the sea level rises in the tropical south," he said, noting that he had seen the phenomenon for himself on journeys to the island states of Tonga, Samoa and Fiji in the Pacific in 2019.

The Crown Prince gained first-hand insight into the impacts of the melting ice on Greenland when he crossed the Greenland Ice Sheet last summer. He took part in an expedition led by UiT The Arctic University of Norway to raise awareness and disseminate knowledge about polar history and of the vital scientific research taking place in the Arctic.

At the Reykjavik event he pointed out that reducing the effects of climate change in the Arctic will require cutting greenhouse gas emissions both globally and locally.

"This is our common responsibility," he said.

Read the Crown Prince’s speech to the Arctic Circle Assembly 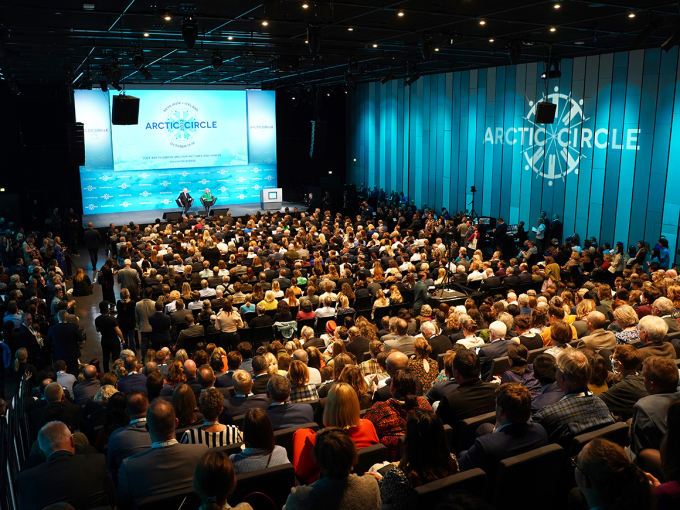 Cooperation in the Arctic

Crown Prince Haakon’s three-day visit to Iceland officially started on Wednesday. As Arctic countries, Norway and Iceland share many common interests, especially in the areas of sustainable ocean management, climate and the environment.

Ahead of today’s opening, the Crown Prince observed the signing of a Memorandum of Understanding between Norway and Iceland that continues a 10-year-long Arctic research collaboration. 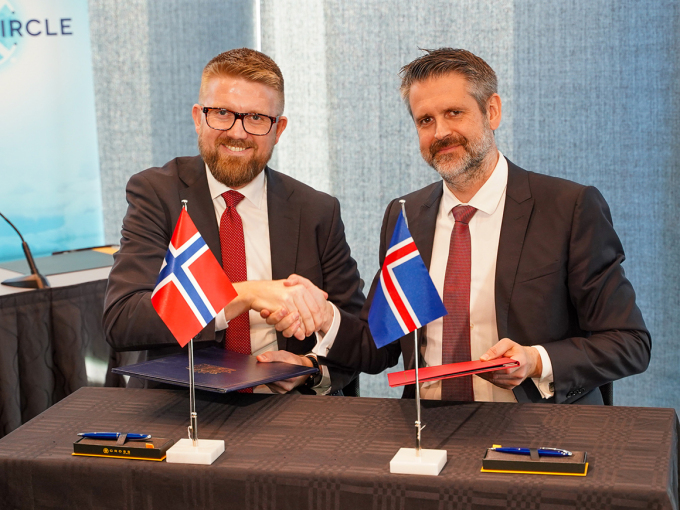 Read the Crown Prince’s speech from the breakfast meeting

One of the purposes of the Crown Prince’s visit is to promote business cooperation between Norway and Iceland, particularly in efforts to advance the green transition. 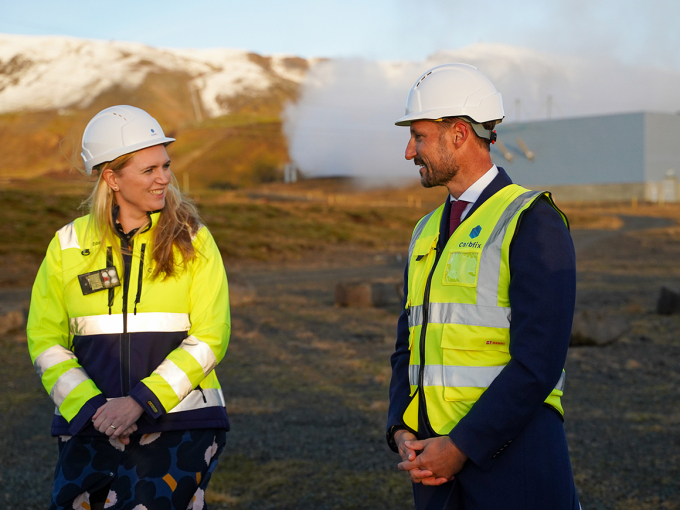 The technology developed under Iceland’s Carbfix project involves speeding up the natural process whereby CO2 binds to metal oxides in many rock types, including basalt. When CO2 is dissolved in water and injected into basaltic bedrock, the transformation into stable, solid carbonates can take as little as two years. In this way, CO2 is bound to a new substance (rock) that remains deep underground.

It is estimated that more than 400 billion tonnes of CO2 can be stored in the bedrock in and around Iceland. By comparison, total world emissions of CO2 in 2021 amounted to 36.2 billion tonnes. So far, Carbfix has injected approximately 83 000 tonnes into the bedrock.

During the visit the Crown Prince was able to enter Carbfix’s igloo-shaped facility from which CO2 is pumped into the ground.

The Crown Prince’s visit to Iceland will conclude on Friday with a breakfast for members of the business community at the Norwegian Ambassador’s residence, where the main focus will be on advancing the green transition. Icelandic Minister of the Environment, Energy and Climate Gudlaugur Thór Thórdarson will take part in the breakfast along with representatives of the Norwegian and Icelandic business communities.

There is an increasing demand for green solutions not just in Europe, but throughout the world. The Nordic countries have a common ambition to play a leading role in promoting global restructuring, competitiveness and sustainability. Norway holds the presidency of the Nordic Council of Ministers in 2022, and its programme seeks to promote a strong – and greener – Nordic region. Iceland will assume the presidency in 2023.

This evening, the Norwegian Ambassador’s residence is the venue for a dinner that Ambassador Aud Lise Norheim is hosting for Crown Prince Haakon and some 20 young adults from Iceland and Norway. 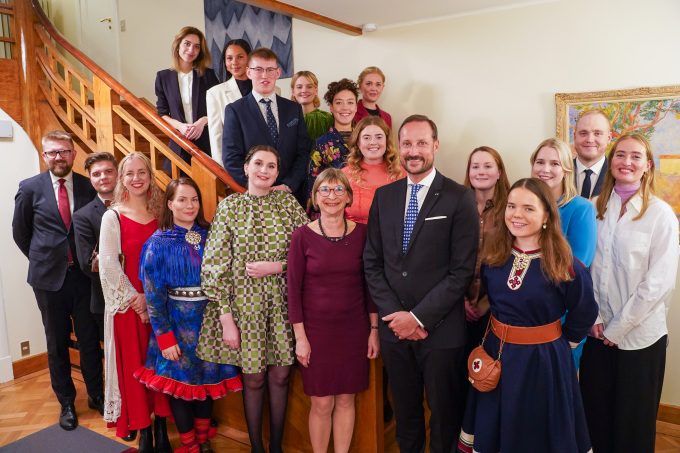