Kenya’s protection of its mangrove forests

Mikoko Pamoja is a conservation and replanting project to benefit local mangroves. The villages of Gazi and Makongeni are deeply involved in the project, which benefits the wider local population as well. The mangroves’ carbon-storage capacity is converted into climate credits that are sold through the Swedish organisation ZeroMission. The revenues are used to fund additional tree planting as well as investments in clean water, textbooks and schooling for village residents. 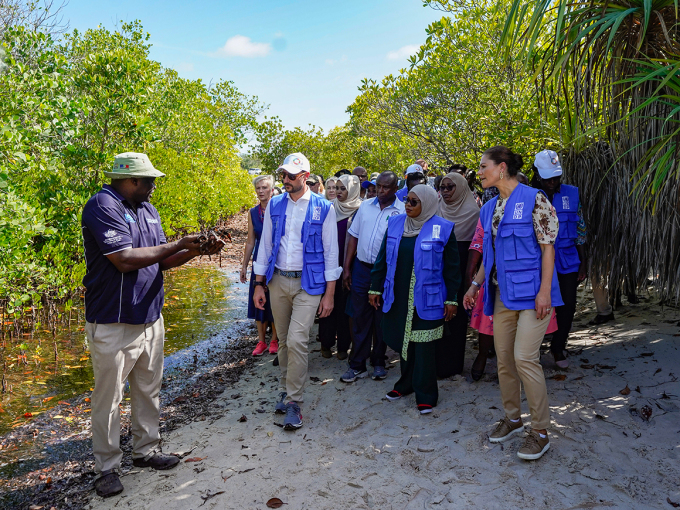 Mangrove forests are an important component of the regional ecosystem and enhance its biological diversity. Local fishers have noticed the positive effects of mangroves on catch volumes. The Mikoko Pamoja project also generates employment opportunities associated with planting and conservation as well as ecotourism.

In 2010, Kenya adopted a constitution recognised as highly progressive in areas such as democracy, local participation and women’s rights. The Kenyan constitution established 47 self-governing counties in order to promote a more decentralised, fair and inclusive system of governance.

Today, Crown Prince Haakon and Crown Princess Victoria visited Kwale County in the far south of the country. They were welcomed by Governor Fatuma Achani, the first woman country governor in Kwale County, and one of seven women county governors throughout Kenya. 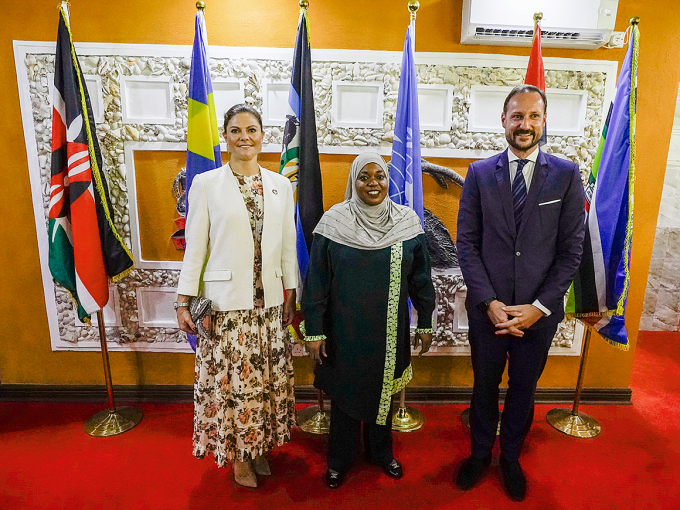 The Crown Prince and Crown Princess were given a presentation on the work being carried out in fields such as health, education, clean water and food security. The local authorities are giving priority to key community services that benefit poor and vulnerable segments of the population in particular.

The UN Development Program cooperates with the Kenyan authorities to promote local democracy and increase public understanding of the important role that democracy has to play in achieving sustainable development and safeguarding security. 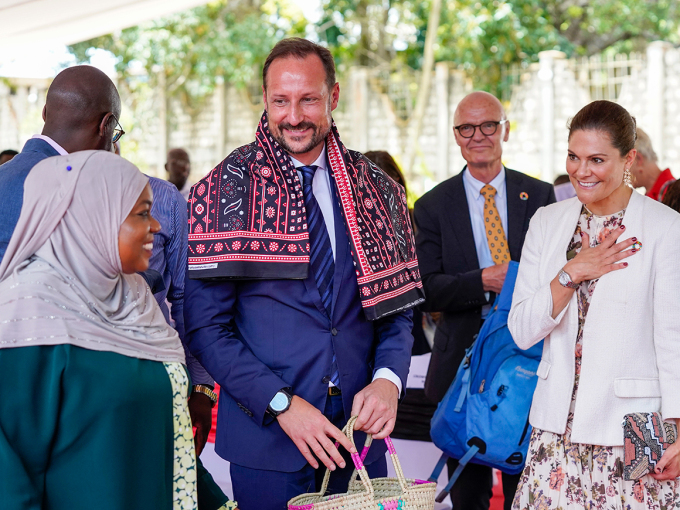 This evening Crown Prince Haakon and Crown Princess Victoria will attend an official dinner hosted by UNDP. A number of people will speak during the event, the focus of which will be Kenya’s efforts to combat climate change and realise the Sustainable Development Goals. Tomorrow’s programme in Nairobi will focus on business cooperation and innovation.