In focus: Sports and outdoor activities

Outdoor activities, an active daily lifestyle and sports are important to the Crown Prince, both personally and in his work for society at large.

Crown Prince Haakon is among those who take advantage of the opportunities to participate in sports and outdoor activities offered by Norway’s natural environment. In the summer he is especially interested in various types of water sports. The Crown Prince is a skilled surfer, and he also take parts in kiteboarding and windsurfing. In the winter he often goes skiing.

The Crown Prince has also participated in the Birkenbeinerrennet, the world’s largest ski race, on several occasions – usually in friendly competition with His Royal Highness Crown Prince Frederik of Denmark. 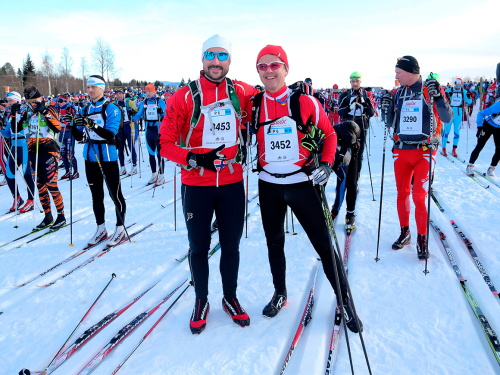 Like Her Majesty The Queen, the Crown Prince shares his own experiences when promoting Norway as a destination for winter activities and tourism.

Most Norwegians have the opportunity to take part in outdoor activities. The Crown Prince is an advocate of an active daily lifestyle involving walks and outings in the beautiful natural surroundings of Norway. In 2015, he was the Royal Patron of the Year of Outdoor Life and took part in several events throughout the year.

“Go cross-country skiing, walking, sledding, camping, climb a mountaintop, pick berries, go fishing or hiking – or just get outside in the fresh air! You will have experiences you remember your entire life,” said Crown Prince Haakon when he opened the Year of Outdoor Life 2015.

Crown Prince Haakon has cheered on Norwegian athletes from the stands during many championships, but he has also played an active role as an organiser on multiple occasions.

The European surfing championship, Eurosurf, will be held in 2017 and 2018 along the beaches of Borestranda in Jæren in southwest Norway. The Crown Prince, an enthusiastic surfer himself, has agreed to sit on the surfing committee of the Norwegian Sailing Federation and the main committee for the European championship. 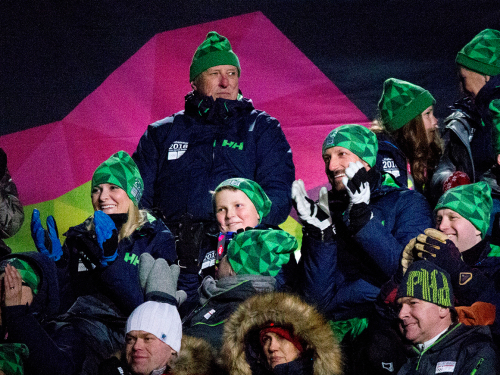 The Royal Family in the stands during the opening of the Youth Olympic Games. Photo: Geir Olsen / NTB scanpix

Crown Prince Haakon also sat on the main committee for the Nordic World Ski Championships in Oslo in 2011. He worked in particular with recruitment and follow-up of volunteers with special focus on cultural diversity during that event as well.