The statues in the Palace Park

The Palace Park contains seven statues, the oldest being the equestrian statue of King Carl Johan form 1875. The Princess Ingrid Alexandra Sculpture Park is a special part of the park.

The latest addition is the statue of Her Majesty Queen Sonja, which was unveiled on the Queen’s 80th birthday, 4 July 2017.

The statue of Queen Sonja stands by the pond named "the King's Mirror". The Queen, who has spent a great deal of time exploring Norway’s many mountains, is depicted as the avid hiker she is. The statue was a gift from the Norwegian Trekking Association (DNT) in honour of the Queen’s 80th birthday. 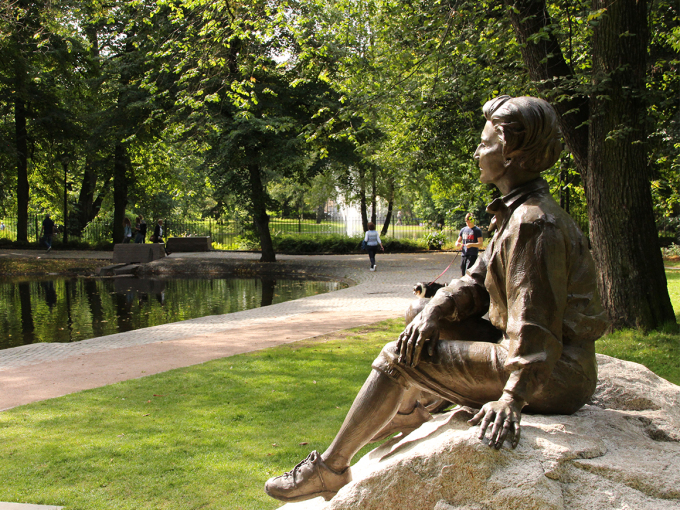 Sculptor Kirsten Kokkin describes the statue as follows: Her Majesty Queen Sonja of Norway is seated, looking up at the Royal Palace, at her calling. She has placed the rucksack she carries by her side. She has scaled yet another mountain, overcome yet another challenge, and is deep in contemplation with her thoughts criss-crossing Norway’s heights.

Ms Kokkin also sculpted the statue of Crown Princess Märtha, which stands in the Palace Park as well.

The Princess Ingrid Alexandra Sculpture Park was opened 19 May 2016 as part of the celebration of the King and Queen's 25th anniversary. The Royal Family was in attendance when His Majesty King Harald and The Princess declared the park opened. 1 000 children from local kindergartens were also invited to the opening, as this is a sculpture park by - and for - children. 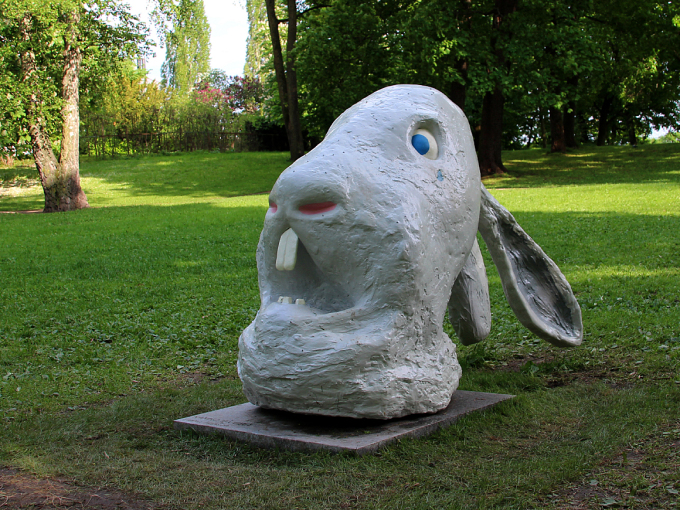 "Rabbit in Trouble" was the first sculpture to be unveiled in the Princess Ingrid Alexandra Sculpture Park. Photo: Liv Osmundsen, the Royal Court

Today the sculpture park consists of 12 sculptures - a result of a nationwide competition among 5th and 6th graders.

In 1868 a competition was held for an equestrian statue of Carl Johan. A number of well known foreign sculptors submitted entries, along with the Norwegian sculptor Brynjulf Bergslien. However, public opinion was against giving the commission to a foreigner, and as a result it was given to Bergslien after he had first received financial support to submit a larger model. The statue would be the largest single bronze sculpture ever to be erected in Norway. 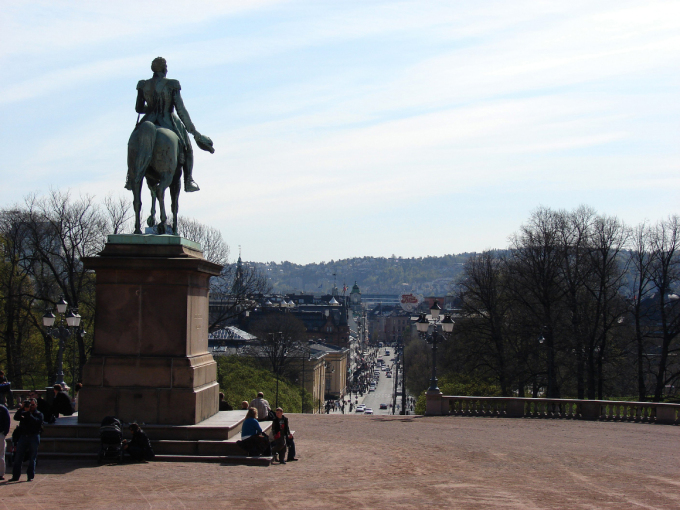 The equestrian statue of King Carl Johan stands in front of the palace for which he layed the foundation stone. Photo: Liv Osmundsen, the Royal Court

The statue was cast in Copenhagen and unveiled in the Palace Square by King Oscar II on 7 September 1875.

The Norwegian sculptor Gustav Vigeland’s monument to the mathematician Nils Henrik Abel (1802-1829) was unveiled in 1908. The model had already been shown at the Autumn Art Exhibition of 1904, and in 1905 it was decided to cast the statue in bronze. Immediately afterwards the clay mould was ceremoniously destroyed, so that the work could never be reproduced. 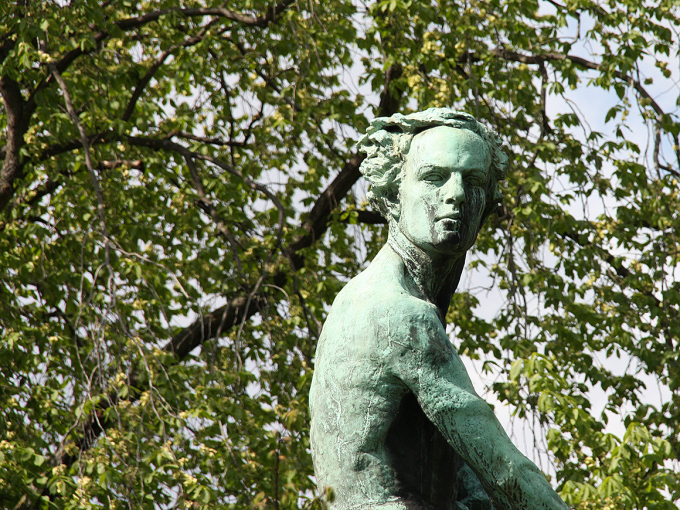 Every year the winner of the Abel Prize for outstanding scientific work in the field of mathematics lays flowers by the statue of Niels Henrik Abel. Photo: Liv Osmundsen, the Royal Court.

Vigeland wanted the statue to be erected in the middle of the University Square, but this space was already occupied by a statue of A. M. Schweigaard, the Norwegian jurist and economic reformer. A number of different sites were discussed, but in 1907 the choice fell on the Palace Park, on a rise that has since become known as Abelhaugen (Abel knoll). The statue stands on a granite plinth 8 metres high, and the monument as a whole has a height of 12 metres.

In 1902 the Norwegian Association for Women’s Rights held a competition for a monument to the writer and defender of women’s rights Camilla Collett (1813-1895). The commission went to Vigeland, who made over 100 sketches and a number of plastic models before he was satisfied. 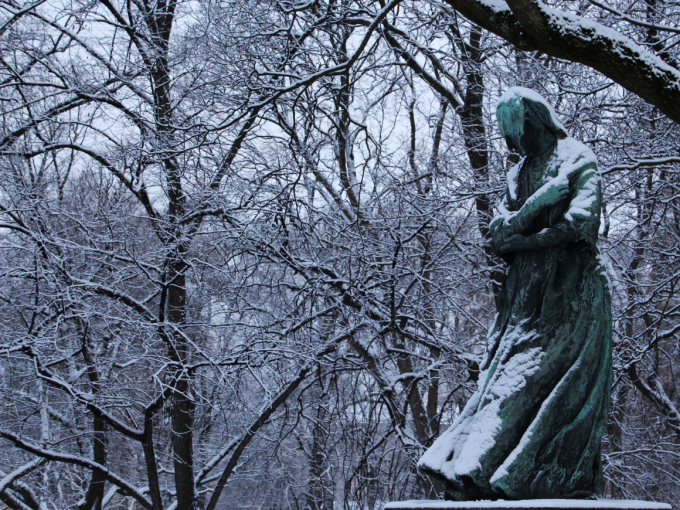 The statue is called I storm (“In the Storm”) and depicts the older Camilla Collett alone against a fierce wind. She is pulling her shawl more closely round her shoulders as protection. The stature is cast in bronze and was unveiled in 1911.

The style of Madsen’s work was simple and slightly archaic. She made two statues of Queen Maud: the granite one in the Palace Park, and another in bronze, which is to be found in London. She is also known for a group sculpture of the artist Harriet Backer and the composer Agathe Backer Grøndahl, which stands in Holmestrand in southern Norway. 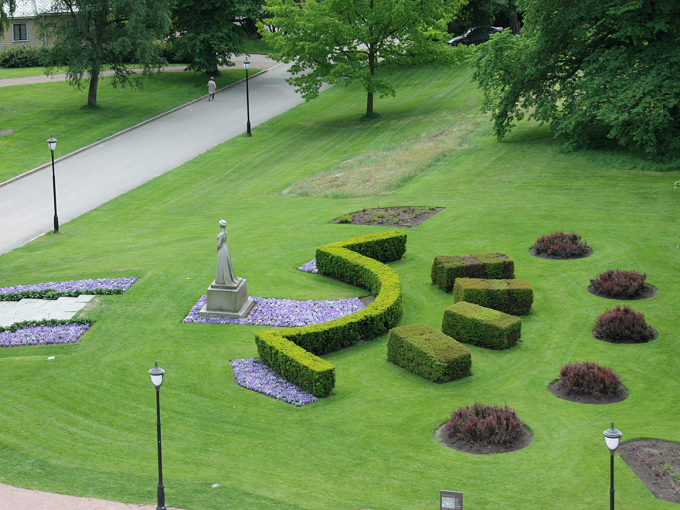 The plantation behind Queen Maud adds a tiara and train. Foto: Liv Osmundsen, the Royal Court

The statue of Crown Princess Märtha stands by the guardhouse and is made by Kirsten Kokkin (1951- ). It was a gift from the Storting in honour of King Harald’s 70th birthday, and was unveiled by him 21 February 2007. Another version of this statue is to be found on the lawn in front of the Norwegian embassy in Washington D.C. – erected as a tribute to The Crown Princess’s efforts on behalf of Norway in USA during World War II. 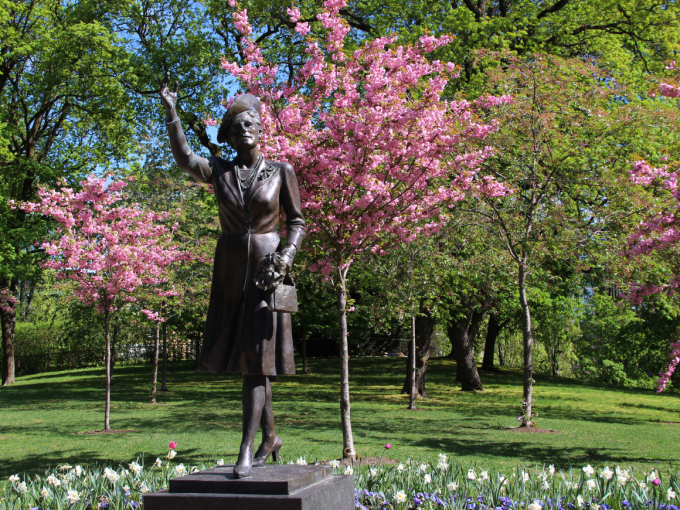 Kirsten Kokkin is known for her beautiful bronze statues, and is often described as a romantic naturalist. With reference to the statue of Crown Princess Märtha, Kokkin said she had “aimed to capture the brave, active, enthusiastic and decisive Crown Princess”

The smallest of the statues in in the Palace Park, is the bronze sculpture of a deer, usually standing on a small island in the pond in The Queen's Park. It was made by Arne N. Vigeland in 1953, and moved here from Bygdø Royal Farm in 1991. Due to work on the island, the deer has been moved closer to the Palace for a time. 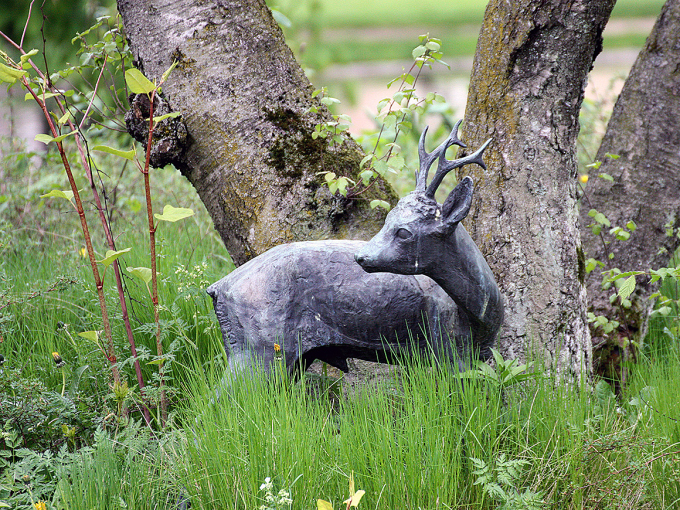 Facts about the Palace Park 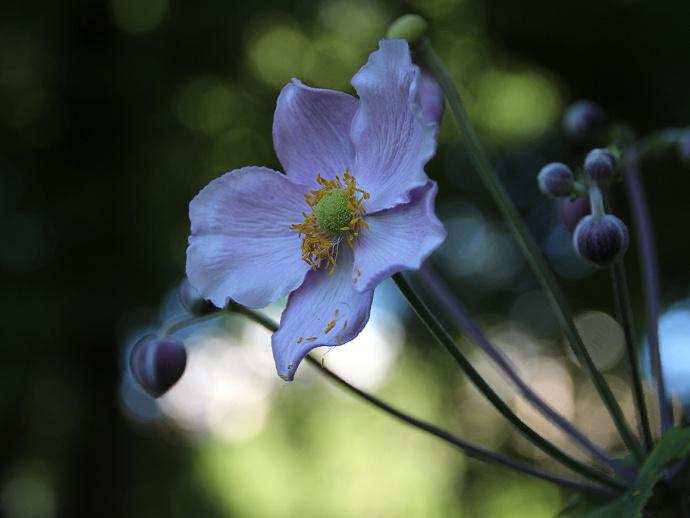 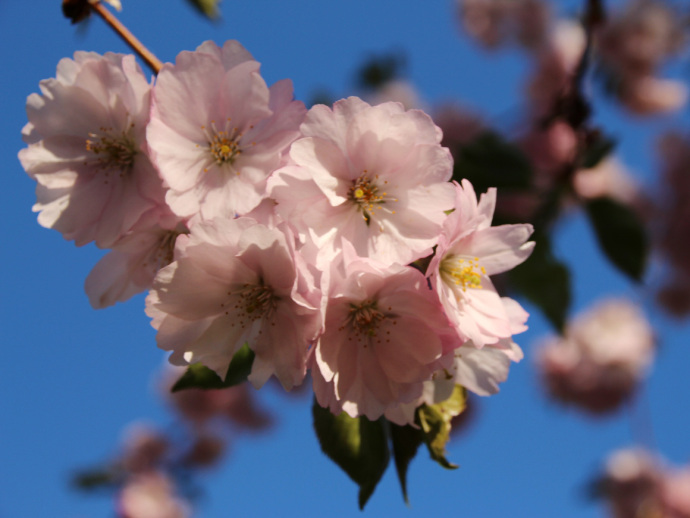 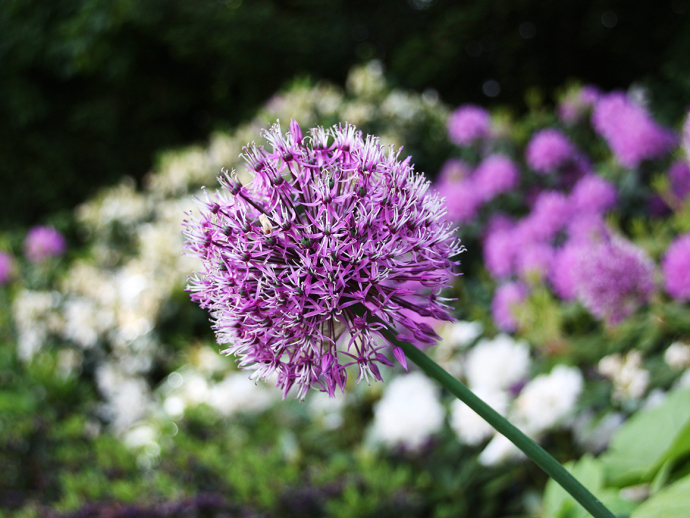