Their Royal Highnesses The Crown Prince and Crown Princess began their official visit to the Federal Democratic Republic of Ethiopia today. They will be following a hectic schedule over the next few days.

His Excellency President Mulatu Teshome and Ms Meaza Abraha officially welcomed the Crown Prince and Crown Princess to Ethiopia and Addis Ababa outside the Presidential Palace this morning. The President and the Crown Prince inspected the Ethiopian Military Guard of Honour together, and the national anthems of both countries were played during the formal welcoming ceremony.

Inside the Presidential Palace, President Teshome and the Crown Prince had a meeting before a wider bilateral meeting was held between the official delegations from the two countries.

Ethiopia is an important partner for Norway and there are longstanding ties between the two countries. Mutual interests and ongoing cooperation extend across a number of areas, including peace and security, climate change, sustainable development, education, gender equality, creating jobs, migration and a UN-led world order. 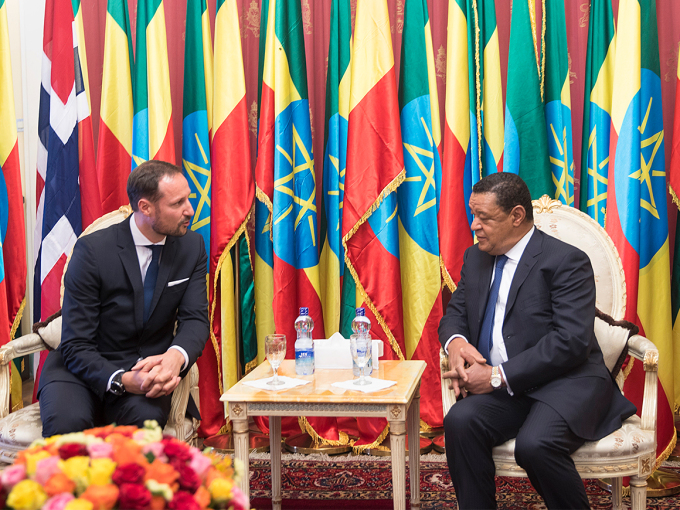 After the meetings, the Crown Prince was present at the signing of an important agreement between the Ethiopian authorities and the fertiliser-producing concern Yara International on the future development of the Yara Dallol potash mine.

During lunch, the Crown Prince and Crown Princess met with representatives from eight different UN agencies. Ms Tone Skogen, State Secretary of the Ministry of Foreign Affairs, and Mr Andreas Gaarder, Norwegian Ambassador to Ethiopia, were also in attendance at the luncheon, where the UN representatives were able to report on their various operations in Ethiopia.

The Crown Prince and Crown Princess are accompanied by a large delegation of some 50 members of the Norwegian business sector, representing interests in trade and investment in areas such as agriculture, clean energy, and market solutions for the humanitarian sector. 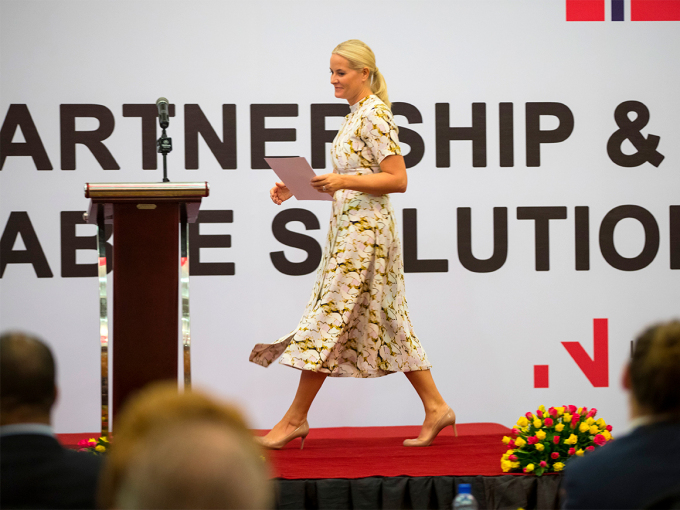 Ethiopia has experienced a high rate of economic growth over the last decade, and is seeking to become a middle-income country by 2025. Cooperation in the business sector is thus receiving wider focus in relations between the two countries.

Crown Princess Mette-Marit gave the opening address at the business seminar, which was also attended by President Teshome. 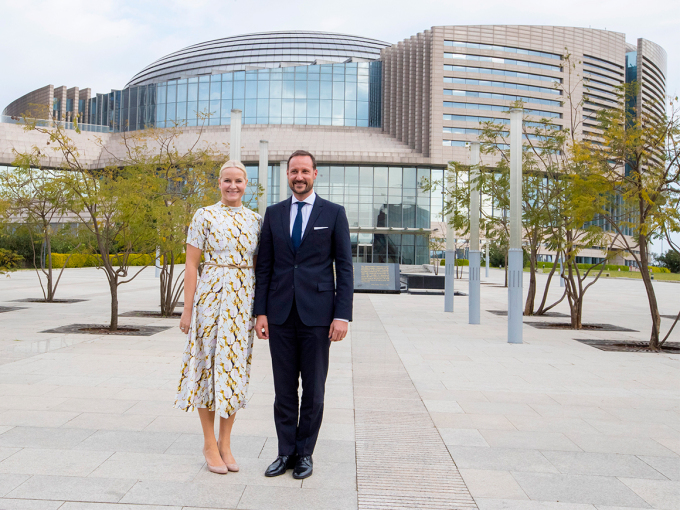 Visit to the African Union

Addis Ababa is the site of the headquarters of the African Union (AU). The AU plays an increasingly key role as a common arena for promoting peace and security, democracy and human rights, and social and economic integration, as set out in, among other things, the Africa 2063 agenda.

The Crown Prince and Crown Princess met with the Chairperson of the African Union Commission, His Excellency Mr Moussa Faki Mahamat, at his office in the new AU building before Crown Prince Haakon spoke in front of the Permanent Representatives’ Committee in the historic AU Plenary Hall. The Crown Prince stressed the three pillars of the cooperation in the AU: peace and security, governance and human rights, and sustainable development and job creation. 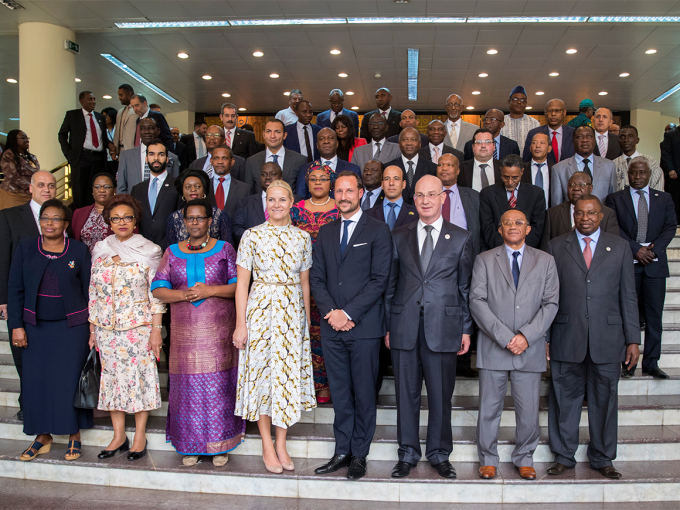 Crown Prince Haakon underlined the key role of the African Union in his address. Here with representatives of the Union in their headquarters in Addis Ababa. Photo: Vidar Ruud / NTB scanpix

The meeting was concluded with a reception hosted by the AU and the Norwegian Embassy.

Concluded at the Presidential Palace

This evening, Crown Prince Haakon and Crown Princess Mette-Marit attended a State Banquet held in their honour at the Presidential Palace. The Crown Prince concluded his speech tonight by listing things Ethiopia and Norway have in common:

"Despite the apparent differences between our two countries, I have come to realise that we also have quite a few things in common: In both our countries, our lives are closely intertwined with the nature that surrounds us. The forests, the fields and the mountains are a very real part of our lives, not just a beautiful backdrop. We have a joint commitment to combating climate change and preventing global warming from harming present and future generations. We have cooperated closely on addressing the financing needs for the ambitious Agenda 2030 and the Sustainable Development Goals. And we have a joint commitment to improving quality of education, with a special focus on girls’ education. This is a topic very close to my heart – also as a father."

The programme for tomorrow will be focused on health and education, sustainable agriculture and human rights.