Health and climate change on the agenda

On the second day of their visit to Ethiopia, the Crown Prince and Crown Princess focused on cooperation on health and climate issues. Ethiopia has taken a leading role in international efforts on climate change and Norway supports its activities.

The first stop of the day targeted health issues.

Cooperation on health and science

Their Royal Highnesses began the day at ALERT Hospital, where the Crown Princess opened the Conference on Health, Science and Higher Education. International cooperation on vaccine programmes and epidemic diseases were key topics on the conference programme.

ALERT Hospital is a pioneer in plastic and reconstructive surgery in Ethiopia, in addition to being a national centre for hand surgery. The centre’s specialists perform, among other procedures, reconstructive surgery to correct damage from diseases such as cancer and leprosy. The Crown Prince and Crown Princess were given a brief tour of one of the hospital’s Norwegian-supported units, where they met patients with injuries and illnesses that prevent them from having a normal life, from performing basic tasks such as holding objects, talking or feeding themselves. The surgery awaiting these patients will in all likelihood give them back the possibility to take part in society - give them back their lives. 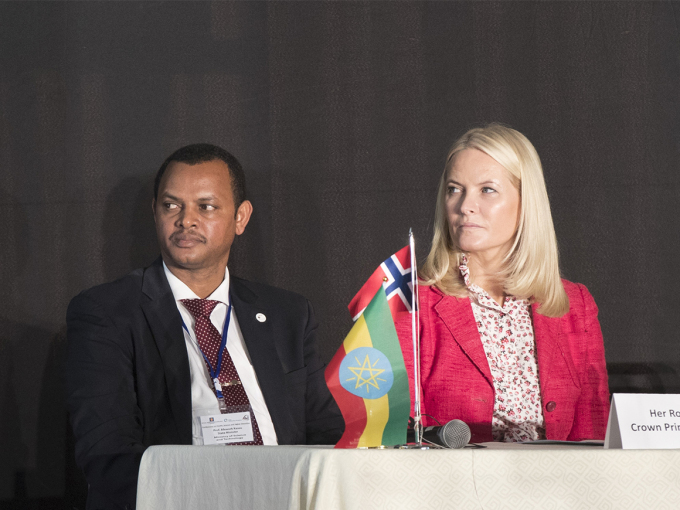 There is a longstanding tradition of health-related cooperation between Ethiopia and Norway. Norwegian missionaries worked painstakingly over many years to expand health care services in southern Ethiopia, and many joint projects can trace their roots to those early efforts. Today health care professionals from cooperating hospitals and universities in both countries took part in the conference.

Roughly 80 per cent of Ethiopia’s population are farmers, and the country is also extremely vulnerable to climate change. Ethiopia has assumed a leading role in international efforts addressing climate change and is a driving force behind the Paris Agreement. In 2011 the country implemented a strategy for a climate-friendly, green economy with the goal of becoming a middle-income country without increasing its greenhouse gas emissions above their 2010 levels.

Norway supports Ethiopia in this strategy and – along with a handful of other countries – has joined Ethiopia in a separate climate partnership. Norway supports these efforts in three areas: sustainable agriculture, renewable energy and protection of forests. 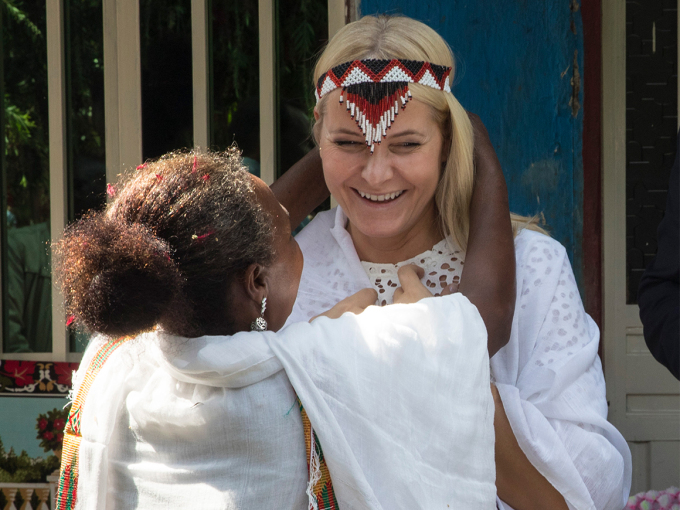 Crown Princess Mette-Marit was gifted with a head band when they visited the farmers in Oromia. Photo: Vidar Ruud, NTB scanpix

A number of Norwegian organisations are present in Ethiopia, and the Crown Prince and Crown Princess met representatives of several of them for lunch today. The meeting was held at the office of the Norwegian Lutheran Mission, and this was not the first time Norwegian royalty had come to visit; Their Royal Highnesses were able to view a photo display of King Olav’s visit in 1966 in the entryway. 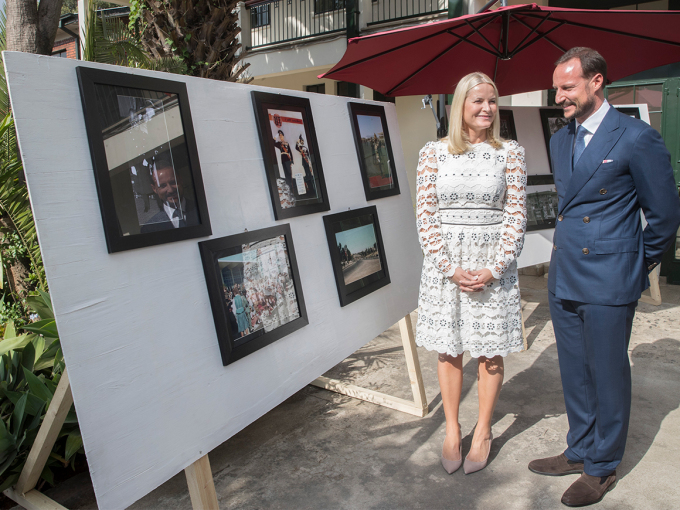 Pictures from King Olav's visit in 1966 was on display outside the Norwegian Lutheran Mission. Photo: Vidar Ruud, NTB scanpix

This afternoon the Crown Prince met with Dr Addisu Gebregziabher, head of the Ethiopian Human Rights Commission. The Crown Prince and Crown Princess received an introduction in how the commission carries out its mandate and what the greatest challenges currently are with regard to human rights in Ethiopia.

Ethiopia is known as the place where coffee originated. Today, coffee accounts for 60 per cent of the country’s agricultural exports. Norwegians lead the world in per-capita coffee consumption, and the growing knowledge about and interest in coffee here at home has contributed to economic growth in Ethiopia. The Norwegian company Nordic Approach specialises in distributing environment-friendly coffee beans, cooperating with local farmers to enhance the quality of coffee, which has helped the farmers to get higher prices for their products. 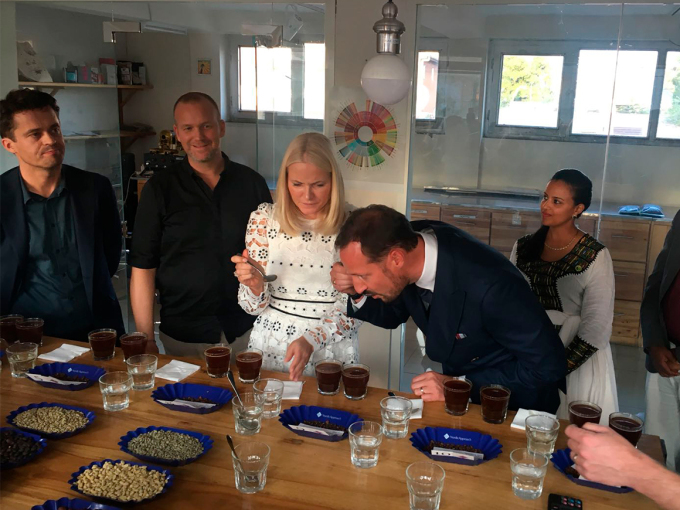 Coffe tasting as the professionals do it... Photo: Marianne Hagen, The Royal Court.

The Crown Prince and Crown Princess took part in “coffee cupping” with the local experts from Nordic Approach today. Coffee cupping is a technique for evaluating and selecting which coffees are to be sold in Norway and elsewhere.

Reception at the Ambassador’s Residence

This evening the Crown Prince and Crown Princess are attending a reception at the residence of the Norwegian ambassador to Ethiopia, His Excellency Mr Andreas Gaarder.

Tomorrow is the third and final day of the official visit to Ethiopia. The Crown Prince and Crown Princess will be travelling north to the Hitsats Refugee Camp.