The Crown Prince and Crown Princess concluded their visit to Ethiopia at the Hitsats Refugee Camp in the north of the country. Ethiopia plays a key role in the field of migration in the region.

Ethiopia is located in the Horn of Africa, with Eritrea, Sudan, South Sudan, Djibouti, Somalia and Kenya as its closest neighbours. Ethiopia has an “open door” policy regarding refugees and is second only to Uganda in terms of number of refugees it hosts. As of September 2017, there were over 883 000 registered refugees in Ethiopia, with the majority originating from South Sudan, Somalia and Eritrea.

The Hitsats Refugee Camp is one of four refugee camps for Eritrean refugees in the Shire region. The UN High Commissioner for Refugees (UNHCR) was the host for Their Royal Highnesses The Crown Prince and Crown Princess during their visit today.

Some 2 000 refugees from Eritrea come to Ethiopia each month, and 10–15 per cent of them are minors. A full 75 per cent of the refugees in the area are under the age of 25, and most arrive alone. It is essential to ensure that children and young people displaced by war and crisis have the chance to attend school. Education and training gives them a path forward, a future. 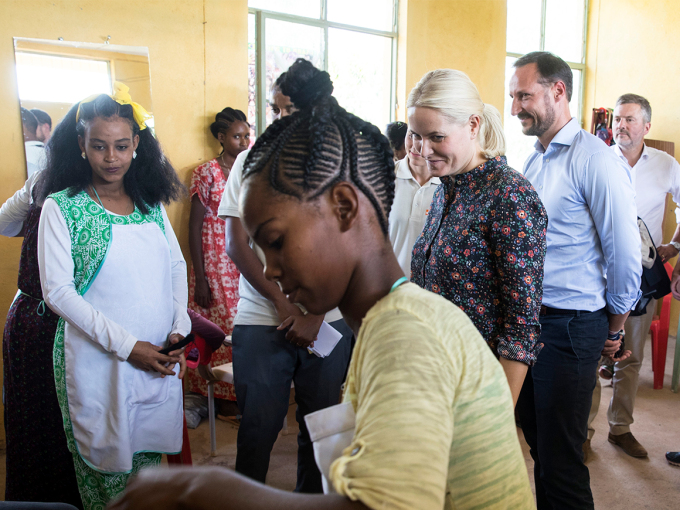 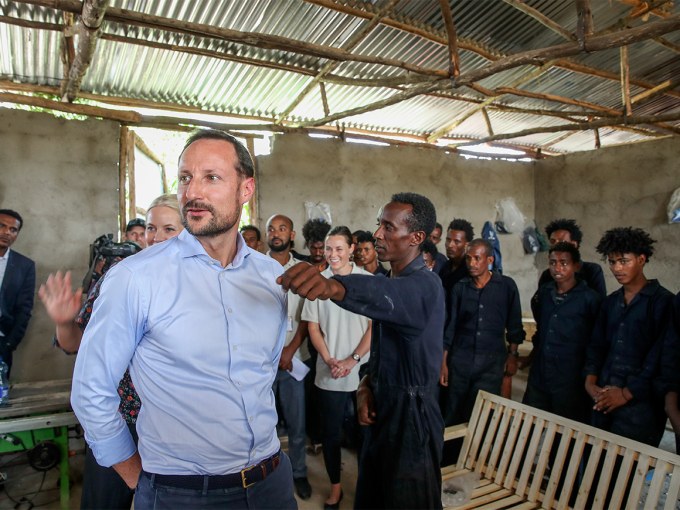 Norway provides support for education projects for children and young people in crisis situations, and the Crown Prince and Crown Princess had the opportunity to see one of these projects in practice at the Hitsats camp. The Norwegian Refugee Council works to provide vocational training and activities for children in the camp as part of the Norwegian education initiative. 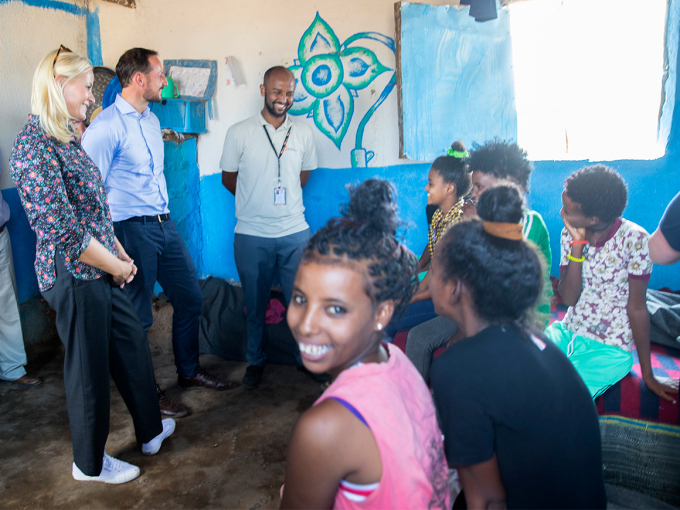 These girls had many thoughts and hopes for the future. Two of them want to become doctors, they told the Crown Prince and Crown Princess. Photo: Vidar Ruud, NTB scanpix

Ethiopia’s open door policy is critical for everyone who is seeking protection and it provides an important contribution to ensuring stability in the region. But the refugees largely live in camps, with few opportunities to build a life outside of them. Many refugees have chosen to travel to other countries due to the lack of local opportunities. Many embark on extremely dangerous journeys to Europe.

In 2016, Ethiopia introduced a new refugee policy that promotes wider integration through greater access to education, employment and welfare services. The UNHCR supports the efforts to give the refugees living in Ethiopia more sustainable, independent lives. 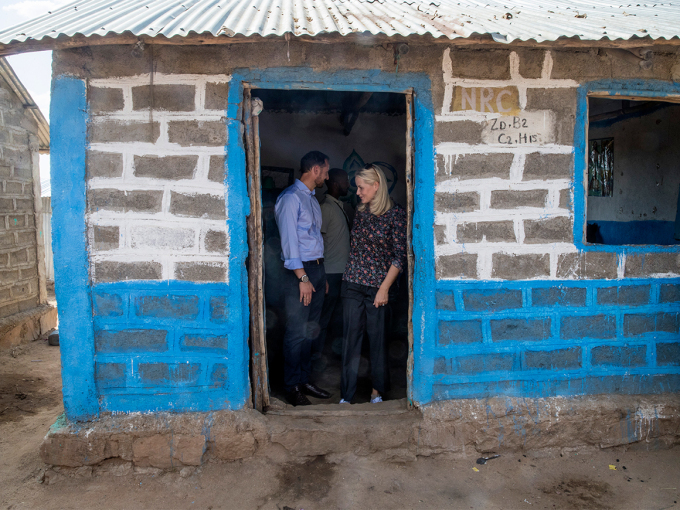 The visit to the refugee camp concluded the programme for the official visit of the Crown Prince and Crown Princess to Ethiopia.