It was 100 years ago that the Baltic countries declared their independence. The Crown Prince and Crown Princess are visiting Latvia, Lithuania and Estonia on the occasion of the centennial anniversary, and their visit began today in the Latvian capital, Riga.

The Republic of Latvia was founded when it declared its independence on 18 November 1918. Latvia had been under Russian rule since the early 1700s.

Today His Excellency President Raimonds Vējonis and First Lady Iveta Vējone welcomed Their Royal Highnesses The Crown Prince and Crown Princess to Latvia with a formal ceremony at the Residence of the President of the Republic of Latvia – Riga Castle. 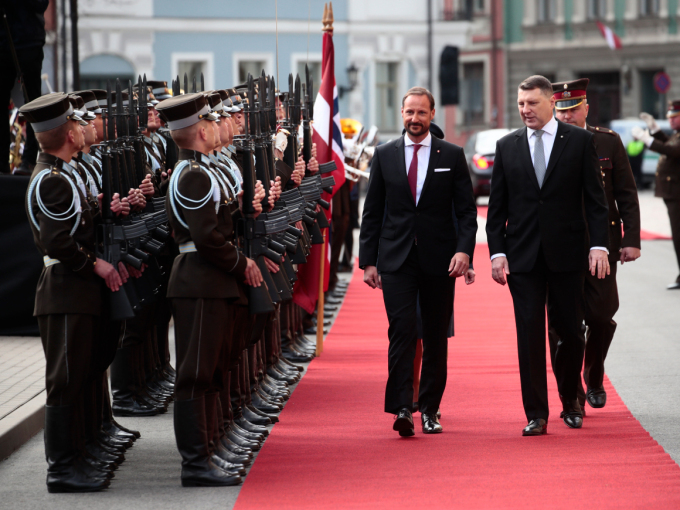 After the ceremony the two couples had the chance to conduct a conversation tête-à-tête, followed by bilateral meetings between the Norwegian and Latvian delegations.

Flower-laying ceremony at the Freedom Monument

The Freedom Monument has been a gathering place in Riga ever since its unveiling in 1935. During the Soviet occupation, gatherings at the monument were strictly forbidden. Yet people still flocked there to mark the founding of the republic. When Latvia regained independence in 1991, the Guard of Honour once again took its place at the foot of the monument.

Both the President and First Lady and the Crown Prince and Crown Princess laid bouquets at the monument today. 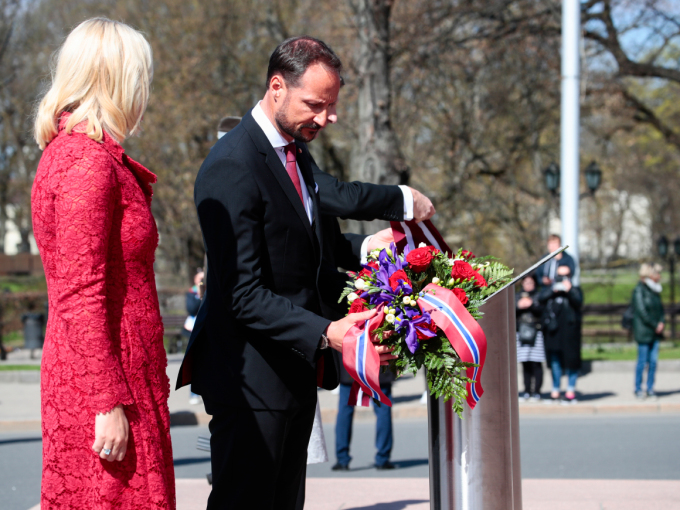 Over 300 Norwegian companies are registered across Latvia, and there is great interest in both countries in mutual business cooperation. Some 10 000 Latvians live in Norway, working primarily in the health care sector and construction industry. Today the Norwegian Ambassador to Latvia, Mr Steinar Hagen, hosted a luncheon for the Latvian-Norwegian Business Forum, with Crown Prince Haakon in attendance.

In his remarks to the business forum, the Crown Prince hearkened back to the long tradition of commerce between Bergen and Riga during the Hanseatic times, and expressed hope that the day would lay the foundation for new trade cooperation between close allies.

"I hope today’s business forum will serve as a platform for translating our common will into new business partnerships."

After the luncheon, the visitors were taken to the National Library of Latvia, the Castle of Light.

As the new national library was about to open in 2014, thousands of people formed a human chain and passed more than 2 000 books hand-to-hand from the old national library to the newly built symbol of knowledge. The building’s silhouette recalls the Glass Mountain of Latvian folklore, a symbol of the height of achievement – accomplishments that are not easily attainable but are endlessly rewarding for those who scale the peak. 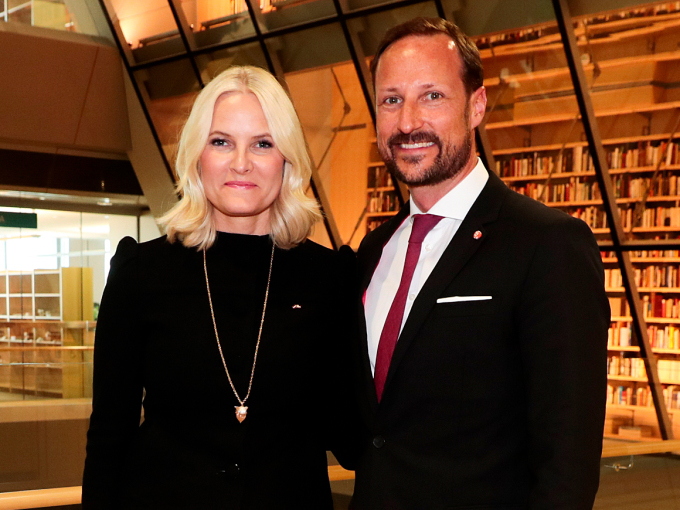 Inside the building is an atrium with a glass construction called the People’s Bookshelf, to be filled with books from anyone who wishes to donate a book of personal significance. All the delegations that visit Latvia during its centennial celebration donate a book to the Latvian people here. Today was the Crown Prince and Crown Princess’ turn. They chose Maria Parr’s Vaffelhjarte (Waffle Heart) from 2005, a children’s book that has won many awards and has been translated to many languages – including Latvian, with the title Vafeļu sirdis. 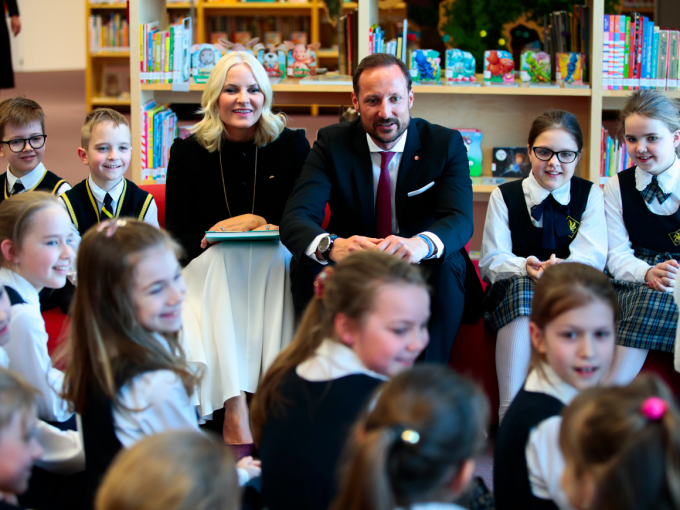 The Crown Prince and Crown Princess talking about books with children at the National Library of Latvia. Photo: Lise Åserud / NTB scanpix

The visit to the national library concluded with a meeting with pupils who have chosen to study Nordic languages.

Official dinner at the Residence of the President

Tonight Crown Prince Haakon and Crown Princess Mette-Marit are the guests of the President and First Lady at an official dinner at Riga Castle. The Crown Prince took the opportunity to congratulate Latvia on its century of independence.

"Latvia has a proud history, but Latvians have also known challenging and difficult times. The determination of the Latvian people to achieve independence for their country has been remarkable. It is therefore a special pleasure for me to congratulate you on your Centenary and celebrating 100 years since your declaration of independence. "

Tomorrow the visit continues to the capital of Lithuania, Vilnius.

Cooperation between Norway and Latvia extends as far back as the Middle Ages and Hanseatic times. Today over 300 Norwegian companies operate in Latvia, and Norway is the fifth-largest investor in the country.

Relations between Norway and Latvia are good. Representatives from the two countries meet regularly in various forums, both at a political and an official level. Two important multilateral forums are NATO and the EEA. 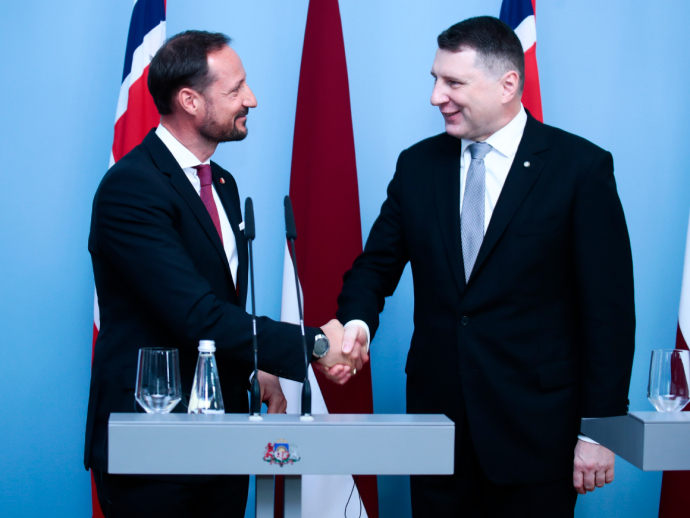