Their Royal Highnesses The Crown Prince and Crown Princess are continuing their official visit to the Baltic states, and arrived today in the Lithuanian capital of Vilnius. Lithuania, like its neighbours Latvia and Estonia, is celebrating 100 years of independence this year. 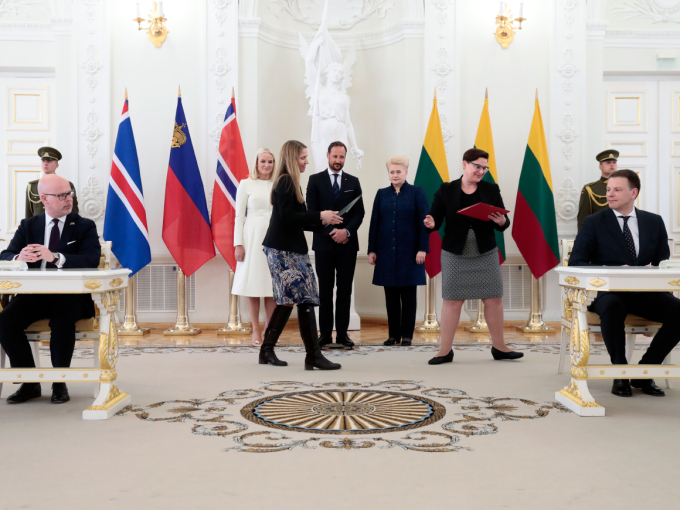 The President and the Crown Prince and Crown Princess were in attendance as the Lithuanian Minister of Finance, Mr Vilius Šapoka, and State Secretary Audun Halvorsen of the Ministry of Foreign Affairs signed two MoUs between Lithuania and Norway. Photo: Lise Åserud, NTB scanpix.

After talks between the two countries’ delegations, the President and the Crown Prince met the press together.

Walked through Old Town to the House of Signatories 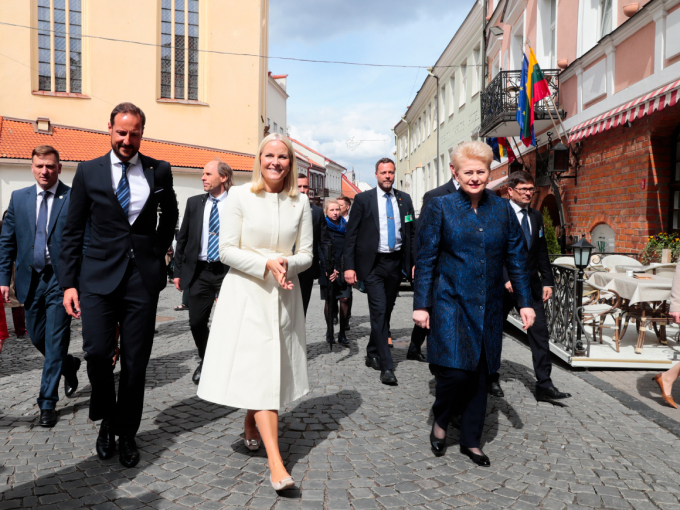 The Crown Prince and Crown Princess and President Grybauskaitė walked through Old Town to the House of Signatories. Photo: Lise Åserud, NTB scanpix.

After an official lunch hosted by His Excellency Prime Minister Saulius Skvernelis, Crown Prince Haakon paid a visit to Antakalnis Cemetery, a memorial site where famous artists and scientists are laid to rest. It is also where Lithuanian freedom fighters killed by Soviet forces in 1991 are buried.

A monument commemorates those who gave their lives in the struggle for Lithuanian independence. Crown Prince Haakon laid a wreath at the monument in a formal ceremony today.

In 1997 the service Vaikų linija (the child line) was established to help children and young people. Financed in part with funding from Norway, the help line service is one of the measures supported under the EEA and Norway Grants.

Children and young people in need of someone to talk to can contact the help line via telephone or online to find someone who can listen and help them to find solutions. The young callers are often encouraged to share their problems with someone near to them whom they trust.

There are currently 200 counsellors associated with the help line, 190 of whom are volunteers. The Crown Prince met some of them today and spoke with them about their thoughts and experiences from carrying out this important work. 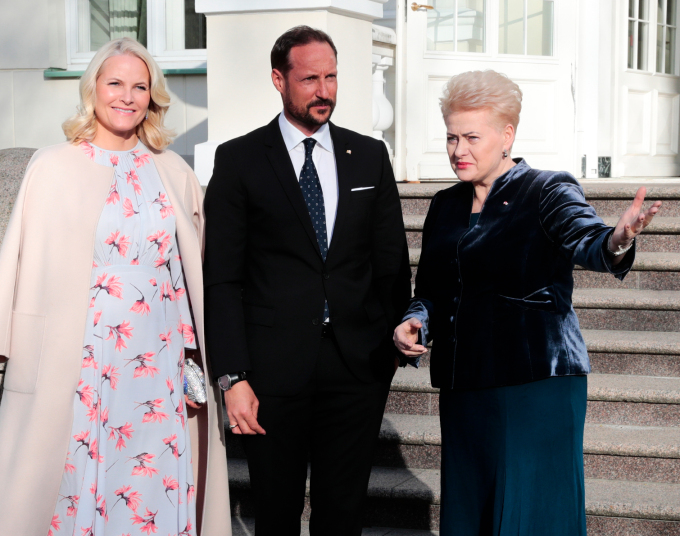 "It is a great pleasure for the Crown Princess and me to congratulate you on the 100th anniversary of the restoration of Lithuanian statehood. We have great admiration for all that you have achieved in regaining independence – both in 1918 and in 1990. This is truly impressive. It serves as an example for the whole international community"

Tomorrow the official visit continues with a focus on defence cooperation and business, before the Crown Prince and Crown Princess travel to Estonia.

Trade between Norway and Lithuania historically revolved around herring, hemp and linen. Today, roughly 250 Norwegian-affiliated companies are registered in Lithuania, and cooperation is expanding. Some 44 000 Lithuanians live in Norway.

Relations between Norway and Lithuania are good, both bilaterally and in cooperative organisations such as the UN, the Council of the Baltic Sea States, NATO, and the NB8 Nordic-Baltic cooperation. 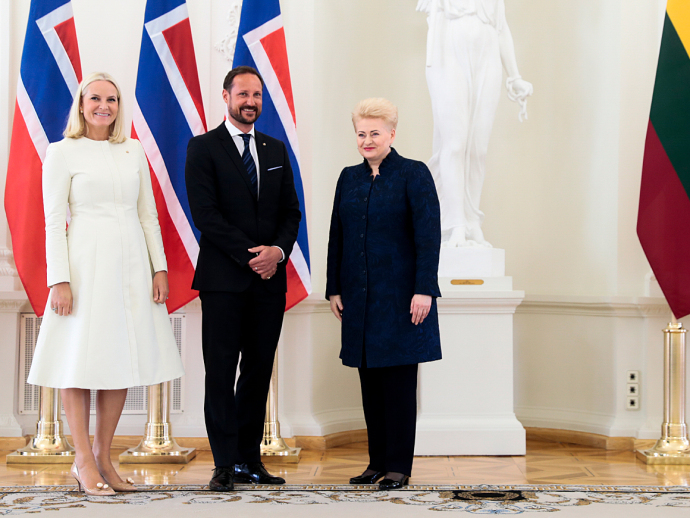