His Excellency President Andrej Kiska of Slovakia began a three-day State Visit to Norway today. Their Majesties The King and Queen welcomed the President in the Palace Square.

His Royal Highness Crown Prince Haakon accompanied the Slovakian President from Oslo Gardermoen Airport to the official welcoming ceremony on the Palace Square, where the King and Queen and Her Royal Highness The Crown Princess received the president.

After the national anthems of Slovakia and Norway were played, President Kiska was introduced to representatives of official institutions in Norway. The President also took the time to greet a group of schoolchildren and Slovakians residing in Norway before entering the Royal Palace with his hosts.

In the Bird Room, President Kiska greeted Her Highness Princess Astrid, Mrs Ferner, and then the official photographs were taken. 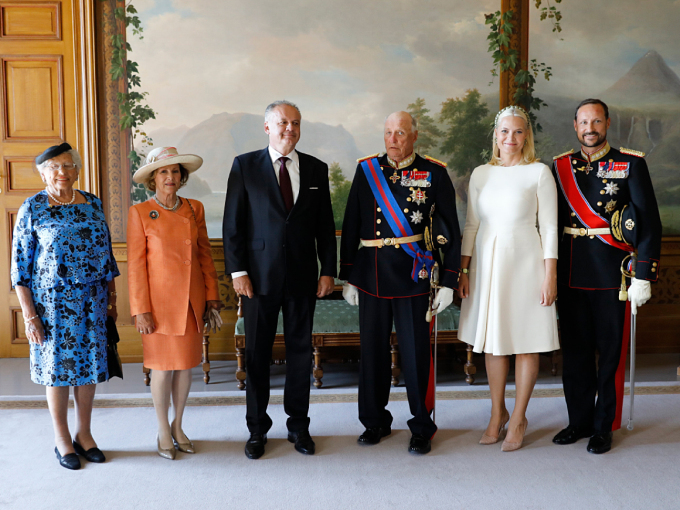 From the Royal Palace the King and Queen accompanied the President to Akershus Fortress. It is a tradition for the visiting head of state to start a State Visit by laying a wreath at the national monument commemorating the Norwegians who lost their lives in the Second World War.

President Kiska laid a wreath at the national monument today, and together the President and the King inspected a Guard of Honour from His Majesty The King’s Guard. 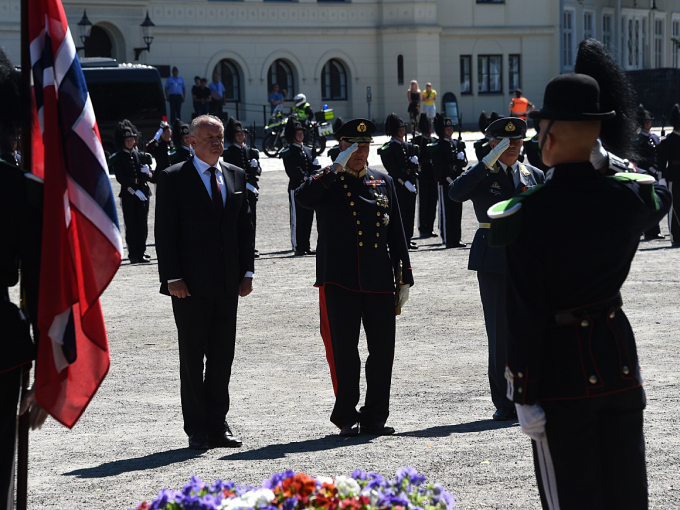 This afternoon the King and Queen and the President attended the business seminar “Building Smarter Cities” at the Confederation of Norwegian Enterprise (NHO) offices at Majorstuen in Oslo. The seminar included presentations from both Norwegian and Slovakian participants, who shared their valuable experiences, particularly in the fields of technology and renewable energy. 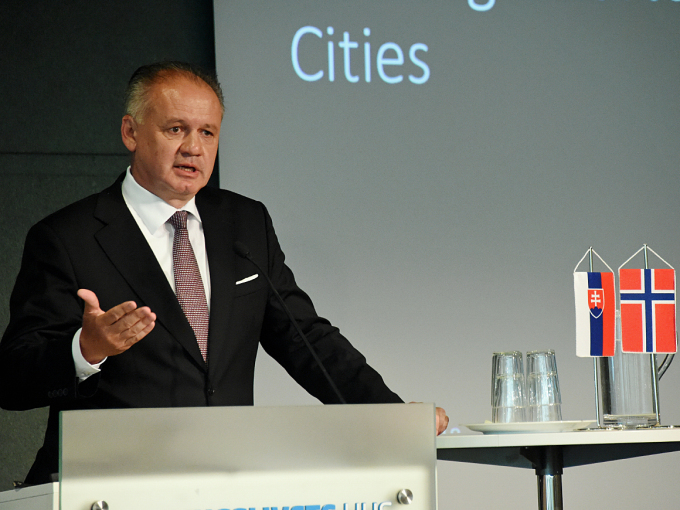 This afternoon President Kiska also met with Prime Minister Erna Solberg, and the two held a joint press conference. The President then visited the Slovakian Embassy, where he spoke with members of the Slovakian community in Norway and Norwegians who have studied medicine in Slovakia.

This evening, the first day of the State Visit will conclude with a gala dinner at the Royal Palace hosted by the King and Queen in honour of their guest from Slovakia. The Crown Prince, Crown Princess and Princess Astrid, Mrs Ferner will also be in attendance. 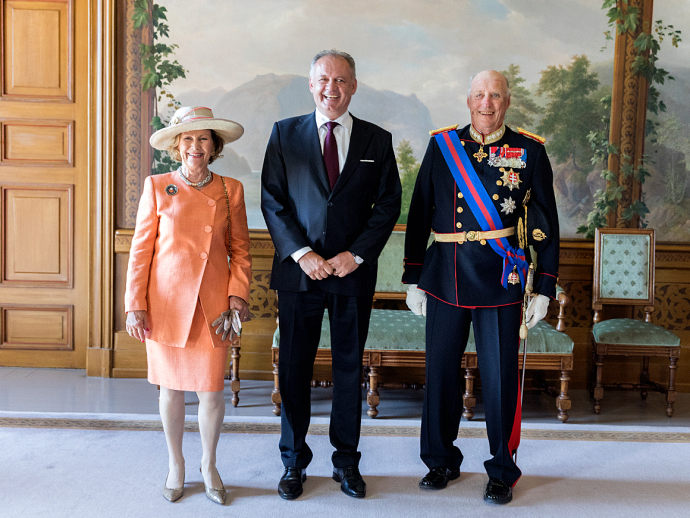