The King and Queen began their State Visit to Chile today. The visit marks 100 years of diplomatic relations between Norway and Chile and will help to promote further cooperation between the two countries.

The visit is at the invitation of His Excellency the President of Chile, Sebastián Piñera Echenique, and is the first State Visit to the country by Their Majesties the King and Queen. However, King Olav V made a State Visit to Chile in 1967 and His Royal Highness Crown Prince Haakon paid an official visit in 2008.

The first part of the visit by the King and Queen is taking place in Chile’s capital, Santiago, where they were met with a grand welcoming ceremony. But first King Harald and Queen Sonja laid a wreath at the Chilean national monument.

Bernardo O’Higgins led the independence struggle against the Spanish colonial empire and is regarded as Chile’s founding father. When the country declared its independence in 1818, O’Higgins, the hero of liberation, became Chile’s first head of state. He is commemorated by the large monument near the presidential palace where King Harald and Queen Sonja took part in a formal wreath-laying ceremony in the morning. 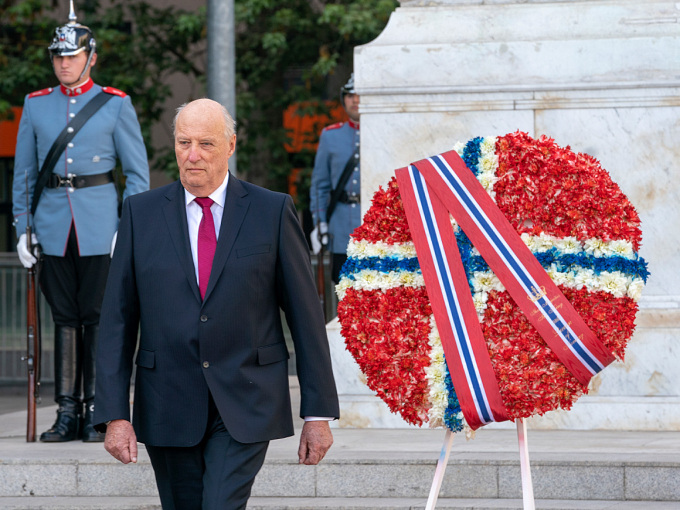 After the ceremony the King and Queen visited the crypt where Bernardo O’Higgins is entombed. The crypt is located under the Plaza de la Ciudadania in an area where many of Chile’s key institutions are located. 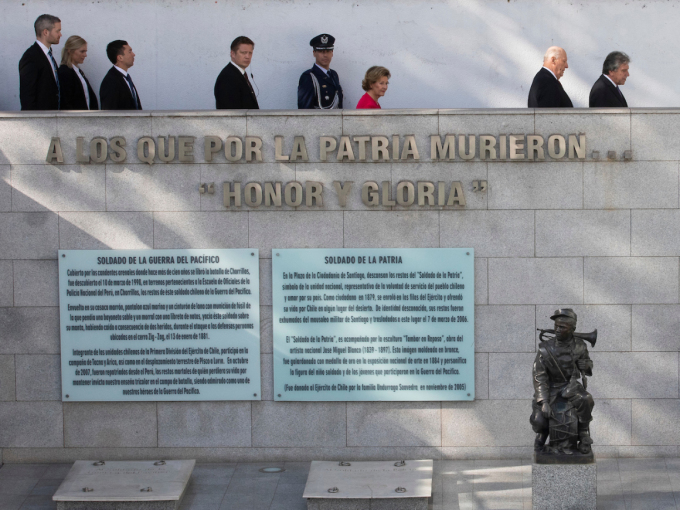 The King and Queen are accompanied into the crypt where Bernardo O’Higgins is entombed. Photo: Tom Hansen, Hansenfoto.no

The welcoming ceremony itself took place outside the presidential palace, La Moneda. There the King and Queen were greeted by President Piñera and the First Lady of Chile, Cecilia Morel Montes. King Harald inspected the honour guard before the national anthems of both countries were played. 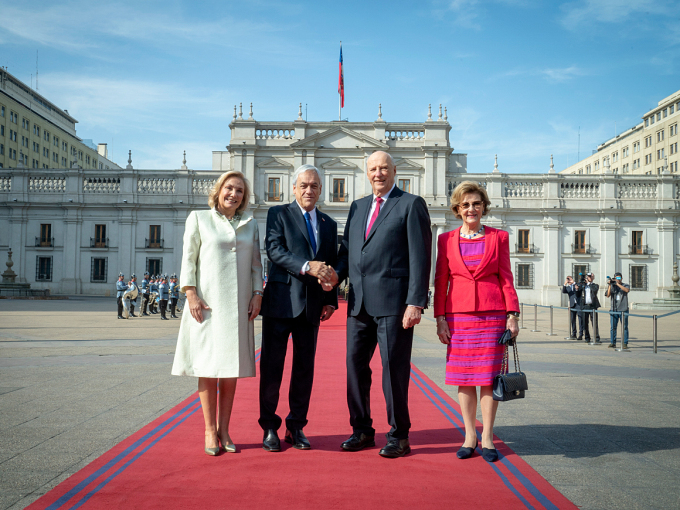 The King and Queen introduced the main Norwegian delegation to the President, who introduced the Chilean delegation to the King and Queen and their retinue. At the conclusion of the welcoming ceremony, the parties entered the presidential palace where discussions were held between Their Majesties and the Presidential couple and meetings were held between delegations. Norwegian Minister of Foreign Affairs Ine Eriksen Søreide and Minister of Fisheries Harald T. Nesvik are accompanying the King and Queen on the visit, along with a large business delegation and representatives of Norwegian civic and cultural life. A number of cooperation agreements were signed after today’s meetings.

The King and Queen were guests of the President and First Lady for lunch at La Moneda. In his speech to the hosts, King Harald noted that Norway and Chile have much in common, including many shared traits that have their origin in proximity to the sea.

"Chile and Norway are nations living by the ocean, and living from what we can harvest from the sea. Our countries understand the importance of managing these vital resources wisely."

“Chile and Norway are nations living by the ocean, and living from what we can harvest from the sea. Our countries understand the importance of managing these vital resources wisely,” said the King. He also underscored the importance of Norwegian-Chilean cooperation in multinational forums and international organisations.

Norway and Chile cooperate extremely well internationally and have many interests in common, including the effort to achieve United Nations Sustainable Development Goals, including sustainable ocean management. Antarctica, electric mobility and equal rights were also among the many topics touched upon in the discussions held earlier in the day.

Congress and the Supreme Court

The meeting is to take place in the Former National Congress Building in Santiago. The building was the home of Congress before the 1973 military coup and was later declared a national monument. Although Congress moved to Valparaíso when democracy was reintroduced in 1990, both chambers of Congress have quarters in the old building for entertaining guests.

"A taste of Norway"

As midnight approaches here at home, the King and Queen will take part in a dinner for members of the Norwegian and Chilean business communities. Norwegian food is on the menu, and four renowned Norwegian chefs will prepare and present it to the guests. 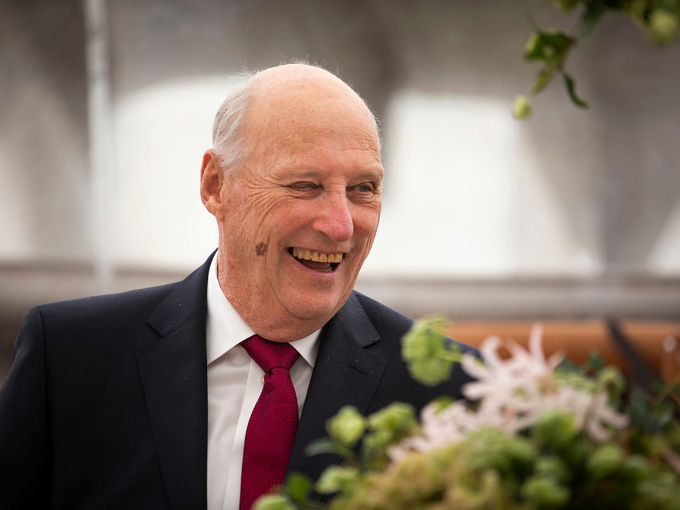 Chile is the second most important market for Norwegian companies in South America. Tomorrow, the agenda will include both business and cultural affairs.