The UN High-level Week continues. His Royal Highness The Crown Prince is Goodwill Ambassador for the United Nations Development Programme (UNDP), and on Tuesday he attended the UN Sustainable Development Goals Summit.

Today’s summit concludes the first four years and launches the next four-year period. The objective is to identify measures that can accelerate efforts. 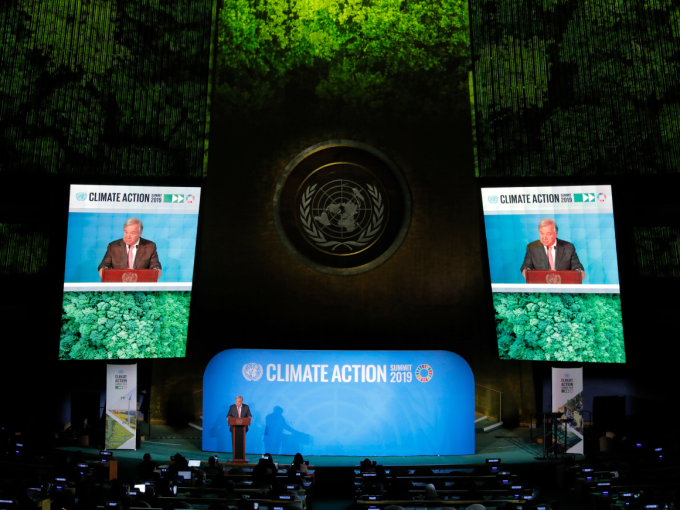 Norway campaigned for adoption of the Sustainable Development Goals and is now playing an active role in following them up. The UN Secretary-General has given Prime Minister Erna Solberg an important role in the SDG Advocacy Group.

In 2003 the Crown Prince was appointed Goodwill Ambassador for the United Nations Development Programme (UNDP). Up to 2015 he worked to promote the Millennium Development Goals. Since then he has followed up the Sustainable Development Goals with the same focus, with special emphasis on Goal #1: End poverty in all its forms.

The Crown Prince also visited UNDP Headquarters in Manhattan, where he met with, among others, Ulrika Modeer, who heads the UNDP Bureau of External Relations and Advocacy.

The Crown Prince had a chance to greet several of the employees when he visited UNDP Headquarters in Manhattan. Photo: The Royal Court.

On Tuesday evening, Norway co-hosted the Ocean Wave reception, Norway’s main event of the UN High-level Week, together with Portugal, Palau, Chile and Kenya. All five countries will be organising important ocean conferences in 2019 and 2020, and the evening’s event provided a common starting point.

Crown Prince Haakon gave some introductory remarks and welcomed the attendees together with actor Alec Baldwin, who is also actively involved in the effort to combat climate change.

The aim was to encourage many UN member states to participate at the high-level event to promote increased commitment to sound management and sustainable use of the oceans.

The decoration of the UN Headquarters dining room reflected the theme of the evening’s reception. Guests entered through an installation of bottles and cans. There were three installations designed by Quin Wu displayed around the room, each of which symbolised challenges facing the world’s oceans relating to pollution and biodiversity, among other things. 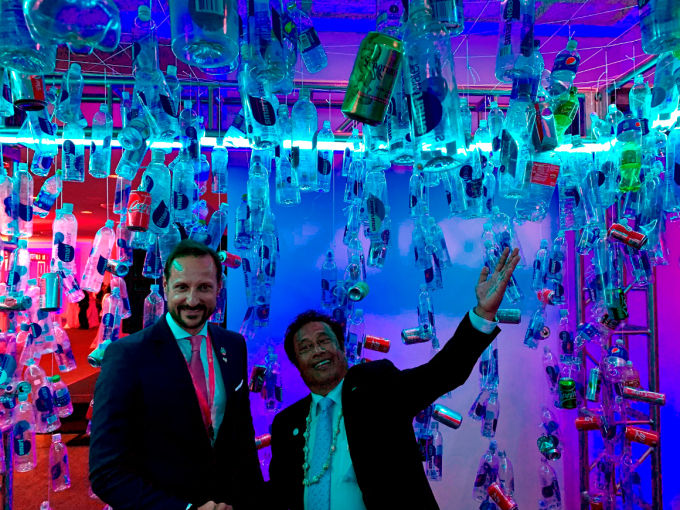 Crown Prince Haakon and Palau's President Tommy Remengesau in the reception's entryway - decorated with bottles and cans collected from Manhattan’s East River. Palau and Norway co-hosted the reception with Portugal, Chile and Kenya. Photo: Norway’s Mission to the United Nations.

The UN High-level Week continues, and on Wednesday Crown Prince Haakon will take part in a breakfast meeting for marine-sector leaders in connection with the release of the Intergovernmental Panel on Climate Change (IPCC) report on the oceans and climate. The report will be presented later in the day and is expected to include documentation of serious changes in the marine environment.