Ten years ago – 22 July 2011 – Norway was struck by the worst terrorist attacks on its soil since World War II. Norwegians have marked the anniversary with a series of events today, starting at 9 this morning outside the Government Office Complex in Oslo.

The bomb at the Government Office Complex and the subsequent attack on Utøya island killed 77 people, many of them very young. For those who survived the attacks, and for the affected families, friends and colleagues, the suffering was enormous and continues to this day. Today Norway is honouring those killed and injured 10 years ago while drawing attention to the hatred and extremism that led to these attacks.

The first target was the Government Office Complex, where a bomb was detonated outside the high-rise building that housed the Office of the Prime Minister and other government offices. Eight people were killed and 10 were hospitalised with life-threatening or serious injuries.

Tor Inge Kristoffersen, deputy leader of the National Support Group after 22 July, gave the opening remarks at the commemoration. The support group’s leader, Lisbeth Kristine Røyneland, spoke next, followed by Merete Stamneshagen, who read the poem Til en sønn (“To a son”).

"Time does not heal all wounds, even if society expects it to," Ms Røyneland said. She asked the question: What would those who died think of us today? The question of how Norway as a society has countered the forces that gave rise to the mass killings was also addressed by Astrid Hoem, the leader of the Workers’ Youth League. 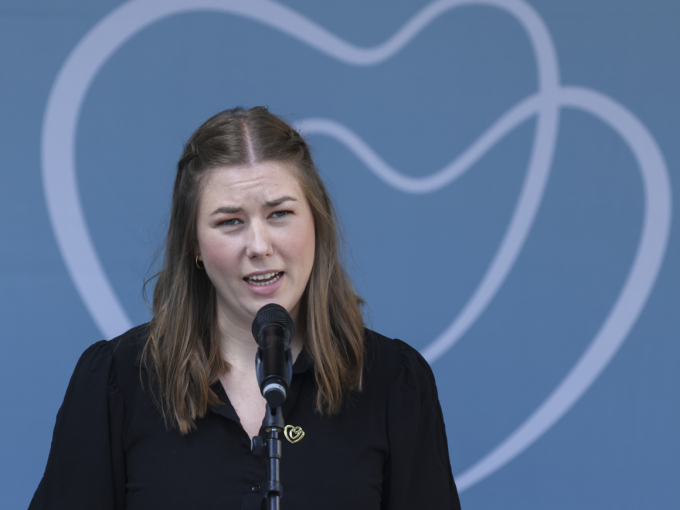 “Not all hate speech leads to terror, but all terror begins with hate speech. Once hatred has killed, it is too late to speak out against it,” said Workers’ Youth League leader Astrid Hoem. Photo: Geir Olsen / NTB

“A division into ‘us and them’ resulted in hatred and murder,” Ms Hoem said, “and we have not quelled this hatred. The killer was one of us. That lethal racism and far-right extremism are still alive. Not all hate speech leads to terror, but all terror begins with hate speech. Once hatred has killed, it is too late to speak out against it. We have to make it clear that we do not accept racism, do not accept hatred. If we do that, we may be able to keep the promise of never allowing another 22 July to happen.”

Prime Minister Erna Solberg also emphasised the importance of the fight against hatred. Harassment and threats are totally unacceptable and must not go unchallenged, she said in her speech: “The most important safeguards we must build are those within each of us, that enhance our support for empathy and tolerance.”

Everyone stood as the names of the 77 persons killed were read out – first the eight from the Government Office Complex, then the 69 who were on Utøya. 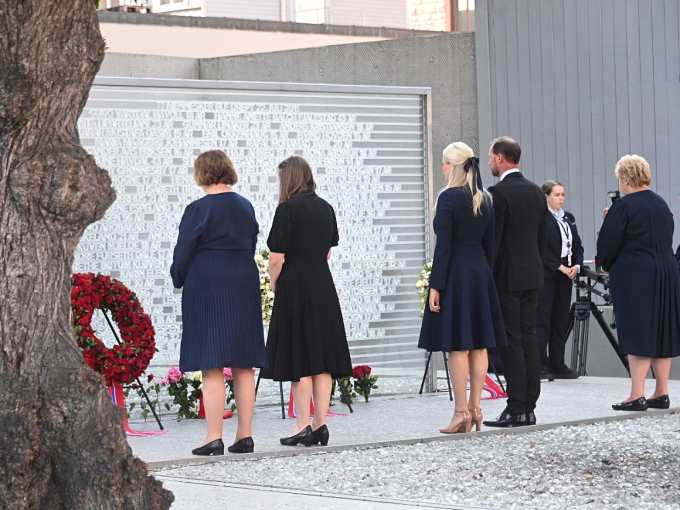 Four wreaths were placed at the memorial to those killed in the attacks 10 years ago. The Prime Minister, Their Royal Highnesses The Crown Prince and Crown Princess, Astrid Hoem and Lisbeth Røyneland straightened the ribbons on each of their wreaths. After a minute of silence, Magnus Aannestad Oseth performed Til ungdommen (“To the Youth”) on trumpet.

Their Majesties The King and Queen were in attendance at the memorial service held in Oslo Cathedral, where so many people had left flowers in the days directly following the terrorist attacks in 2011.

The service was led by Praeses Olav Fykse Tveit, and the sermon was given by the Bishop of Oslo, Kari Veiteberg. Jens Stoltenberg, who was Prime Minister of Norway on 22 July 2011, spoke as well:

“The terrorist attacks were not blind, although they struck innocent people,” said Mr Stoltenberg. “The attacks were targeted at the Workers’ Youth League and the Labour Party. People were killed because of their convictions. The purpose was to use violence to change our country. That is why it was also an attack on all of Norway.”

The first of the eight candles was lit by Imam Senaid Kobilica, who said:

“We are gathered here from different religions and beliefs. But first of all we are people, and then we are Muslim, Christian, Buddhist, Sikh or something else. We are here together. To remember, and to light these candles in solidarity with the victims and all those whose lives were affected.” 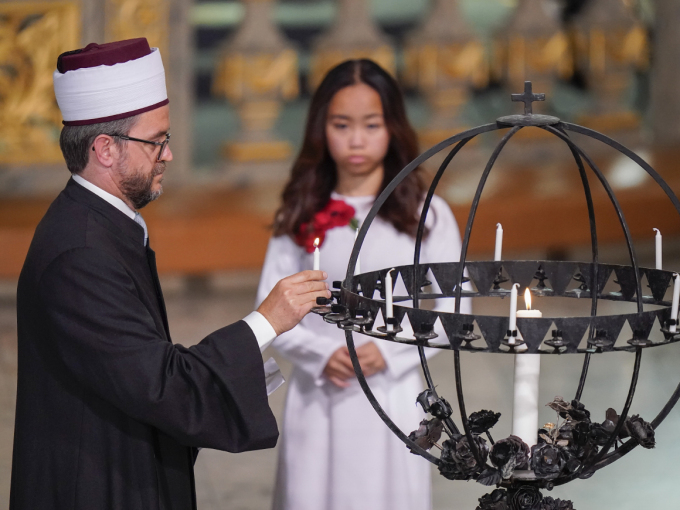 The eight candles were lit by representatives of different religions, the Workers’ Youth League (AUF) and the National Support Group after July 22:

We light a candle for hope.
For equality and diversity.
For unity.
For all those who speak out against extremism and hate.
For justice and freedom.
For openness.
For all those who are longing for someone.
So that we will never forget.

The church service concluded at 12:00 noon, and was followed by five minutes of ringing of the bells of Oslo Cathedral and churches throughout Norway. 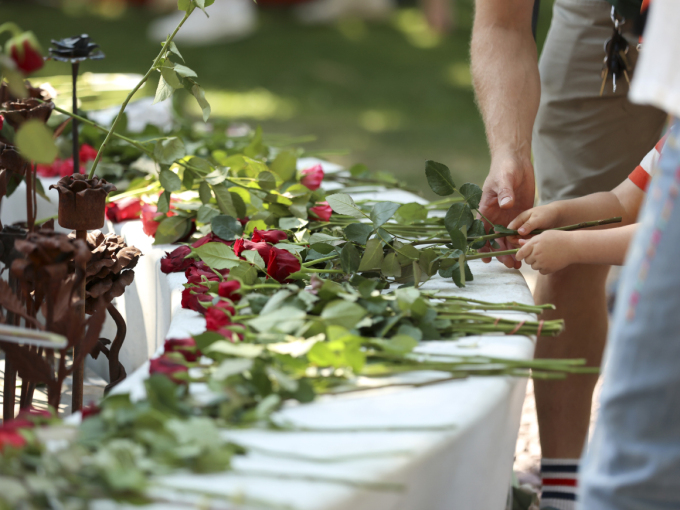