Many survivors returned to Utøya this afternoon along with bereaved family members and others affected by the mass killing that took place there on 22 July 2011. It was a moving commemoration of the events of 10 years ago.

Their Royal Highnesses The Crown Prince, Crown Princess and Princess Ingrid Alexandra attended this memorial event at the scene of the massacre. They were handed flowers on arrival at Utøya and walked across the island with representatives of those who survived the attack and of family members of those who were killed. Also in the procession were officials of the Labour Party and the Workers’ Youth League. At Lysningen, a memorial clearing on the wooded island, participants placed their flowers respectfully on the ground. 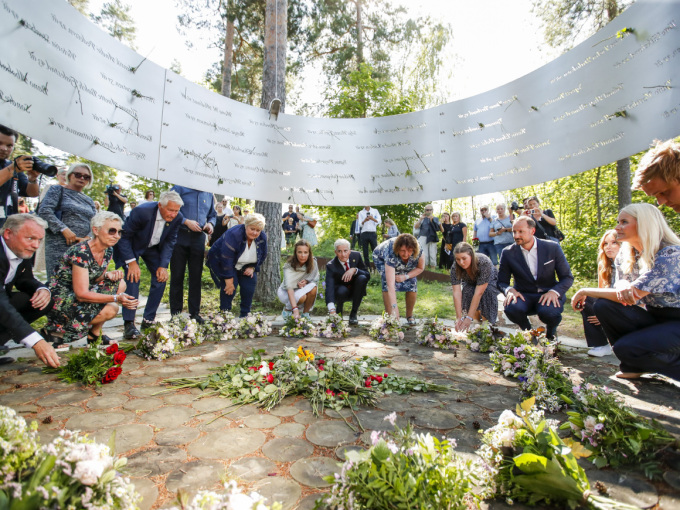 It was a quiet and dignified observance at a beautiful site where the names of the dead have been incised in a circular installation. The location was selected with care ­– a spot on the island where no one was killed.

A minute of silence opened the memorial programme on Utøya’s “Hillside”, where Crown Prince Haakon was the first speaker.

“Those of us who weren’t here will never be able to fully comprehend what those 72 minutes felt like,” the Crown Prince said. “None of us can truly understand how frightened those who were here must have felt. All we can do is to listen and try to grasp the pain that still resides in everyone who lived through the attack.”

A number of the survivors and others who lost loved ones were present today, and some of them mounted the podium to speak. These included Merete Stamneshagen, who lost her 18-year-old daughter, and Erik Kursetgjerde, who was on Utøya that terrible day. Gunnar Sæbø, whose son was killed, recited the poem Stillheten etterpå (“The Silence Afterwards”). 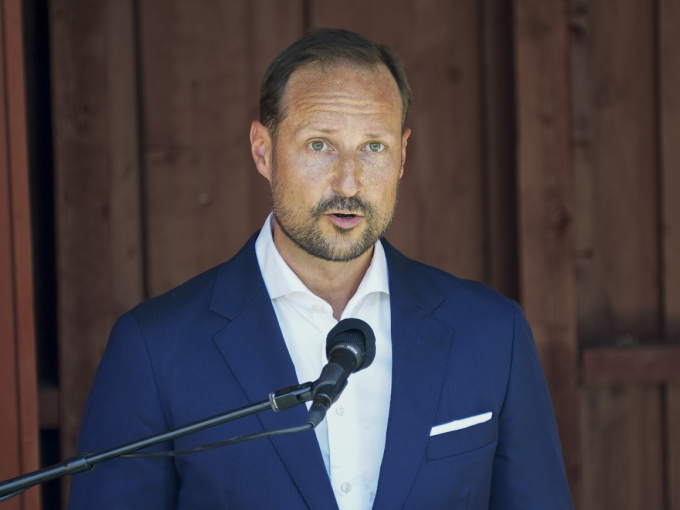 “As we mark this 10th anniversary, I hope it can help us to find the right words, the right language, to help us move forward,” the Crown Prince said in his speech. Photo: Torstein Bøe / NTB

“Many have felt isolated and disheartened,” Crown Prince Haakon said in his speech. “Many of you have felt alone in your grief. Have felt you were fighting against the far-right extremist forces all on your own. It is not hard to understand why that feels unreasonable. It is not how things are supposed to be.”

We all have a personal and collective responsibility to work to combat these forces – every single day. This is a lesson our country has learned in the most painful of ways. - Crown Prince Haakon.

Workers’ Youth League leader Astrid Hoem and Labour Party leader Jonas Gahr Støre were the final speakers at the ceremony. Both emphasised the need to speak out – and speak the truth – about the terrorist attacks that struck Norway on 22 July 2011, and to focus greater attention the political motivation behind the attacks. The underlying hatred has not subsided. The truth, Mr Gahr Støre said, is that far-right extremist attitudes and speech have gained a stronger foothold in Norway and the world. Just this week a monument to Benjamin Hermansen, a Norwegian victim of fatal racist violence, was desecrated. “We will never forget. We will never be silent,” Mr Gahr Støre promised.

“We will never forget. We will never be silent,” Jonas Gahr Støre said in his speech on Utøya. Photo: Beate Oma Dahle / NTB

The terrorist attacks of 10 years ago were premeditated. The terrorist wanted to strike out at the Workers’ Youth League, the Labour Party and the Government. As Crown Prince Haakon said in his speech, the terrorist also wanted to destroy some of the country’s fundamental shared values: “Norwegian democracy. Our freedom of expression. Our free, trust-based society where everyone is entitled to be included and to feel safe.”

Wreath-laying at the quay

The Utøya ceremony concluded at the quay. There, the names of all who were killed that day on the island and in the Government Office Complex were read out. One minute of silence followed. Wreaths were then positioned on the quay and Magnus Aannestad Oseth performed Til ungdommen (“To the Youth”) on the trumpet. After his solo, many of those present placed their own roses in honour of the victims. 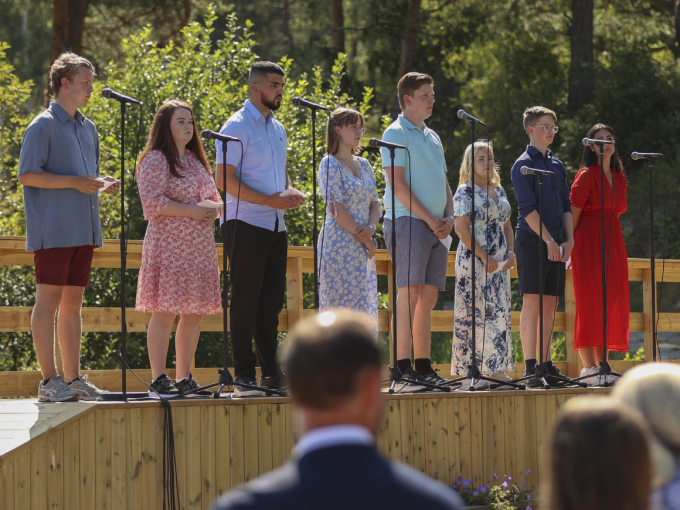 The names of all who were killed on Utøya and at the Government Office Complex were read aloud at the quay. Photo: Beate Oma Dahle / NTB 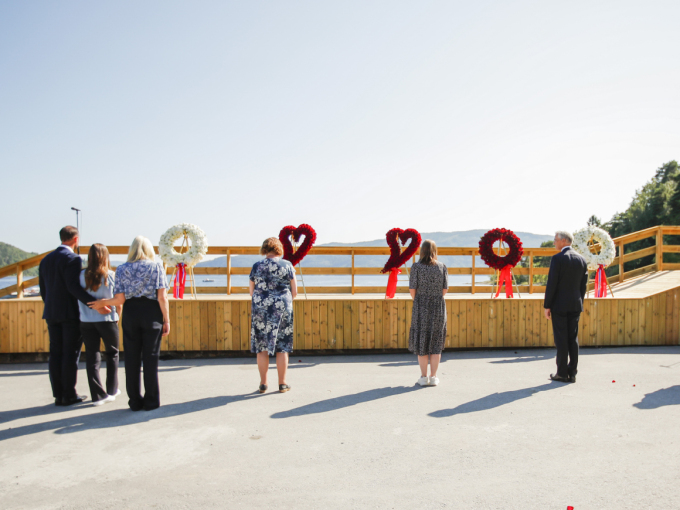 Out on Tyrifjord lake, a flotilla of small boats protectively encircled the island. Ten years ago, many of the survivors were rescued by local residents who sped out in their boats to bring the young people to safety.

Memories of the massacre persist on Utøya. The Lysningen memorial site speaks volumes, as does a learning centre that has been established. But the Workers’ Youth League has also reclaimed the island as a summer camp and political workshop.

“You have managed to take a completely meaningless act and turn it into something extremely meaningful,” Crown Prince Haakon said in his speech. “Not only have the summer camps returned. You have also succeeded in establishing an internationally renowned centre for democracy-building and knowledge – to fight hatred, xenophobia and conspiracy theories. By seeking to repair and rebuild – with humanity and compassion – you have balanced the need to remember with the wish to create new life here on Utøya. The new Utøya.”

Before the Utøya commemoration, a memorial service was held at nearby Hole Church. Crown Prince Haakon attended the service, which was led by Provost Kristin Moen Saxegaard and Bishop Jan Otto Myrseth. Minister of Local Government and Modernisation Nikolai Astrup spoke on behalf of the Government, while Nora Prøch Meier represented the Worker’s Youth League.

Memorial services were held at churches all over Norway today. The young people on Utøya the day of the attack came from all parts of the country and were remembered individually today in churches in their home communities.