President of the Storting (Norwegian parliament) Masud Gharahkhani and First Vice President Svein Harberg were the first to congratulate her.

The other two branches of government delivered congratulations as well. The executive branch was represented by Prime Minister Jonas Gahr Støre, Minister of Finance Trygve Slagsvold Vedum and Secretary to the Government Anne Nafstad Lyftingsmo from the Government  – and the judicial branch by Chief Justice of the Supreme Court Toril Marie Øie and Supreme Court Justice Jens Edvin A. Skoghøy.

Officials from the public sector

Next came congratulatory deputations from the Sámediggi (Sami parliament), the Offices of the County Governors, the diplomatic corps, the Norwegian Armed Forces, the Church of Norway, the Council for Religious and Life Stance Communities in Norway, and the Norwegian Association of Local and Regional Authorities. 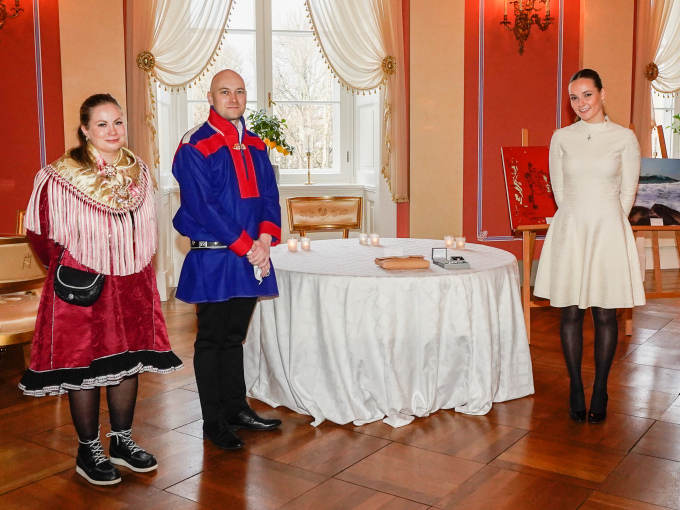 Princess Ingrid Alexandra receiving Member of the Sámediggi Plenary Assembly Aili Guttorm and President of the Plenary Tom Sottinen in the Small Ballroom at the Royal Palace. The Sámediggi gave the Princess a reindeer leather purse embroidered with spun pewter wire and a set of handmade Sámi jewellery. Photo: Lise Åserud / NTB.

Mayor of Oslo Marianne Borgen concluded the line-up of well-wishers.

The Princess’s parents, Their Royal Highnesses Crown Prince Haakon and Crown Princess Mette-Marit, were also in attendance in the Small Ballroom.

At noon today – while Princess Ingrid Alexandra was receiving the congratulatory deputations at the Royal Palace – military salutes were fired from Armed Forces fortresses and ships to mark her 18th birthday. 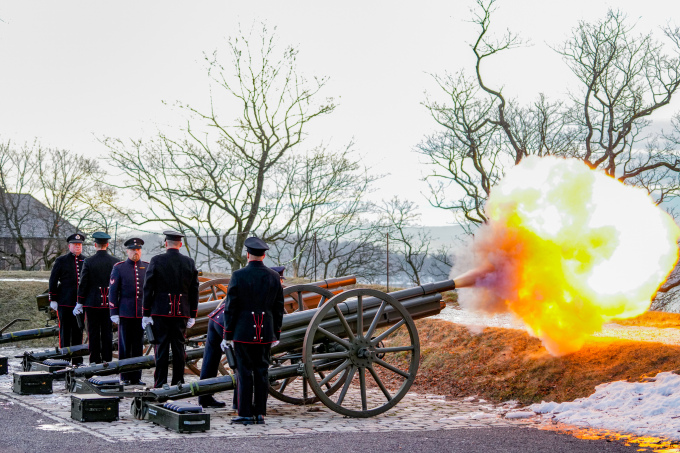 Yesterday, a number of ambassadors came to the Royal Palace to sign the official congratulatory register made available in connection with Princess Ingrid Alexandra’s 18th birthday.

More than 70 countries have established embassies in Oslo. It is customary for each country’s ambassador or another representative of the embassy to visit the Royal Palace in order to sign the congratulatory registers marking memorable occasions relating to the Royal Family.

Condolences from His Majesty King Harald to His Excellency Mr Joko Widodo, President of the Republic of Indonesia.