The Queen visits the United States

Her Majesty Queen Sonja is paying an official visit to Minnesota. Friday she attended the opening of a new special collections vault at St. Olaf College containing documentary materials related to Norwegian immigration to the United States.

One out of every six inhabitants in the state of Minnesota – or some 870 000 people – is of Norwegian descent. Founded by Norwegian immigrants in 1874, St. Olaf College is an important Minnesota institution with a Norwegian heritage that maintains close ties to Norway today. The college’s wide-ranging academic programmes includes studies in Norwegian culture, history and language. 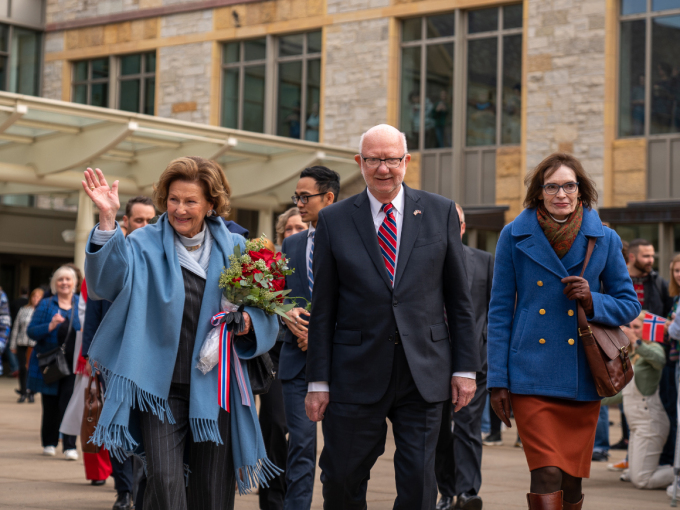 Queen Sonja visited St. Olaf College to mark the opening of its new special collections vault. The vault is specially designed to preserve historical documentary materials in a safe manner and will be fully completed later in the autumn.

During the ceremony, Queen Sonja was given a preview of the archive’s treasures when Norwegian students read aloud from a number of historical “America letters” written between Norwegian immigrants to the United States and their families back home. 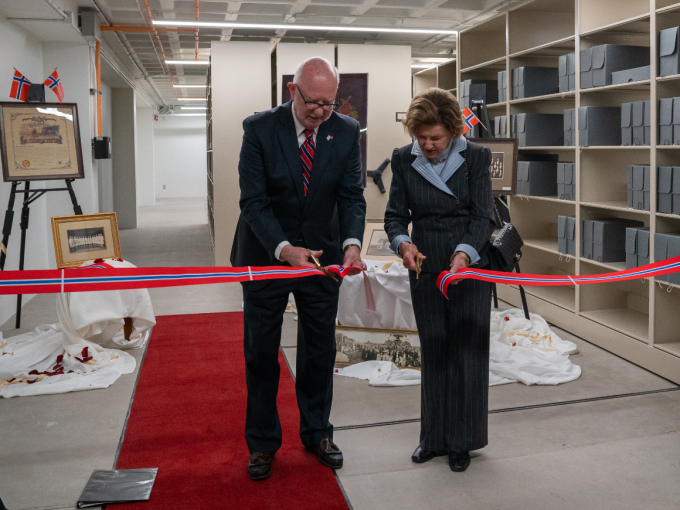 The new archive is a collaborative effort with the Norwegian-American Historical Association (NAHA). NAHA was founded in 1925 to mark the 100th anniversary of the earliest wave of migration from Norway to the United States. Today, the association’s collection of letters, diaries, photographs and other material is an invaluable source of knowledge about Norwegian immigration.

The President of St. Olaf’s College, David Anderson, accompanied the Queen and her party on a tour of the vault and a small exhibition of documents related to the establishment of the collection in 1925. Queen Sonja also heard a presentation on some of the plans for a 200th anniversary celebration of the first organised Norwegian migration voyage, in 2025. 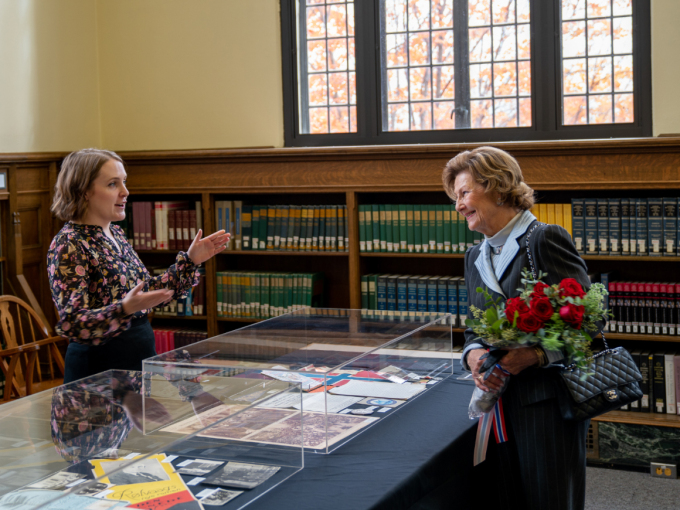 The Queen visited an exhibition of documents related to the establishment of the collection in 1925. Photo: Simen Sund, The Royal Court

This is the fourth time Queen Sonja has visited St. Olaf College. Two previous visits were made with His Majesty the King, in 2011 and 2008. Her first visit was in 1978, when she was Crown Princess.

Meeting with the Governor

Her Majesty began her official visit on Thursday with a meeting with Minnesota Governor Tim Walz in the state capitol building, in St. Paul. Mr Walz is Minnesota’s 41st governor and represents the Democratic Party. 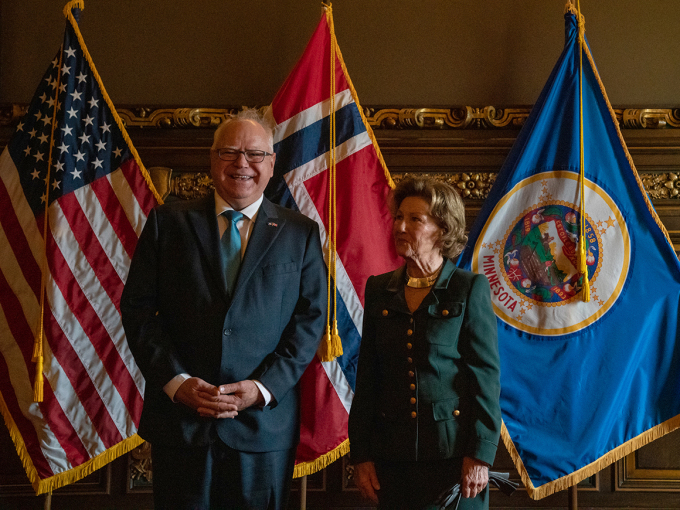 Strong ties and wide-ranging collaboration between Norway and Minnesota were on the agenda when Queen Sonja met with Governor Walz. Photo: Simen Løvberg Sund, The Royal Court

The meeting was followed by a reception with representatives of NOREX, the Norwegian Reciprocal Troop Exchange programme between the Minnesota National Guard and the Norwegian Home Guard that has been in operation for nearly 50 years.

Governor Walz underlined the special relationship between Norway and Minnesota:

- From Minnesota’s longstanding cultural and social ties to Norway to our 49-year-long National Guard exchange, I am proud of Minnesota’s extraordinary relationship with Norway and look forward to further strengthening and expanding our ties. 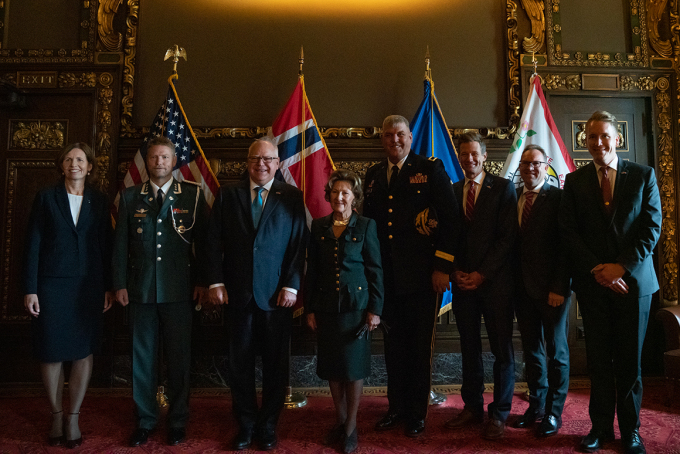 Today (local time), the Queen will open of a new centre for innovation and culture at Minneapolis’s Norway House. Friday evening she attended an official dinner in advance of the opening event. The guest list includes many of those who have helped to make the new building a reality and who work regularly to promote Norwegian interests, history and culture in the United States.