Congratulations on the first 100 years!

Her Majesty The Queen attended a commemorative worship service on Sunday marking the 100-year anniversary of Mindekirken in Minnesota. 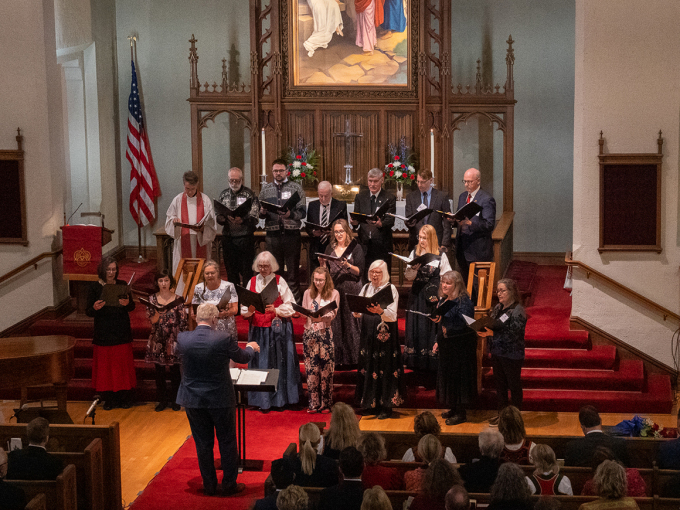 Today’s celebratory worship service was led by Pastor Gunnar Kristiansen and Bishop Olav Fykse Tveit, the Presiding Bishop of the Bishops’ Conference of the Church of Norway. There were a number of musical performances, including by the Mindekirken Choir and the visiting Vocal Art ensemble of Norway.

The traditional Sunday coffee was served after the service. This event provides a weekly opportunity for the congregation and friends of Mindekirken to meet and carry on Norwegian traditions, of which the church is such an important part. 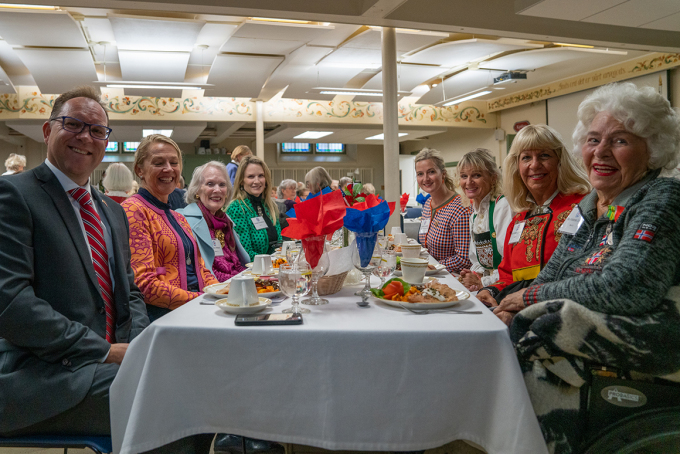 Queen Sonja gave a speech in honour of Mindekirken:

“When it was established a century ago, a Norwegian-speaking church would help build community, maintain cultural traditions and keep the commitment to the Norwegian language. It’s extraordinary to realise that, a hundred years later, Mindekirken is still fulfilling that purpose,” said the Queen.

The Queen also called attention to the crucial role of church volunteers.

“Institutions like Mindekirken are totally dependent on people volunteering, giving their time and hard work. I would like to recognise the invaluable volunteers of the church and thank you for your efforts!

The celebration at Mindekirken concluded the programme of Her Majesty The Queen’s official visit to Minnesota. 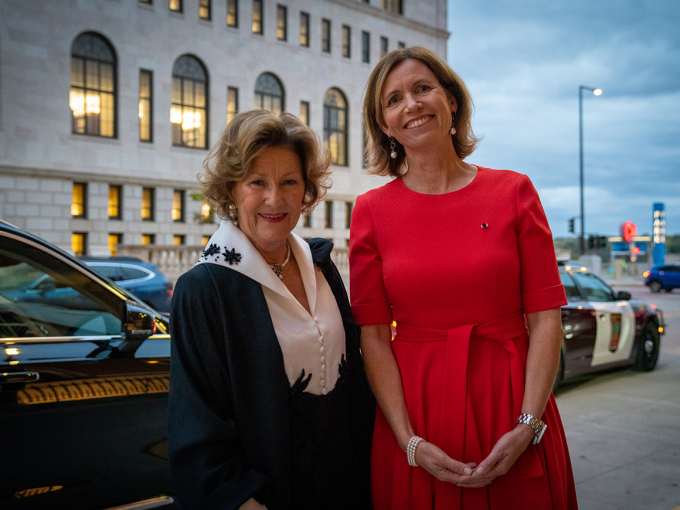