On Saturday, Her Majesty The Queen officially opened the new Norway House complex in Minneapolis. The new innovation and culture building will be a gathering place for everyone with an interest in Norway and Norwegian culture.

An outdoor block party held outside the new Norway House centre was attended by Norwegian-Americans and the local multicultural community, with music, food trucks and games for children and young people.

"It’s truly an inspiration to see the way the descendants of the emigrants have thrived, contributing a great deal to American society," said Queen Sonja in her opening speech. "At the same time, they have not forgotten their history. They look to organizations like Norway House to strengthen their connections both to the Norway of their ancestors, and the Norway of today." 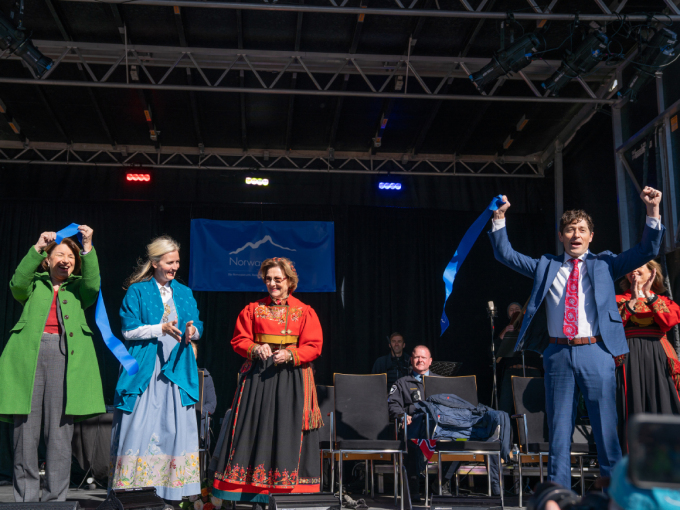 Queen Sonja had the honour of cutting the ribbon to mark the opening of the new Norway House. Photo: Simen Sund, The Toyal Court

The new building houses a gallery, an events space and a library specially designed for genealogical research. A café and meeting rooms were already in service. The opening gave Norway House an opportunity to showcase its various programmes and projects. 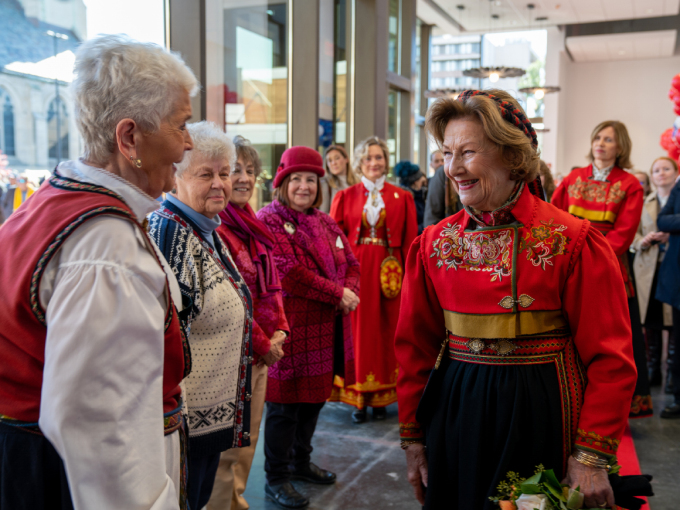 Tradition and historical ties are a central focus at Norway House, but modern Norway is highlighted as well. The new centre will promote Norwegian arts and culture and enhance the already close business and academic connections between Norway and the Midwest. Among other things, Norway House provides assistance to Norwegian-based companies seeking to establish activities in the United States, including through cooperation with students and educational institutions. 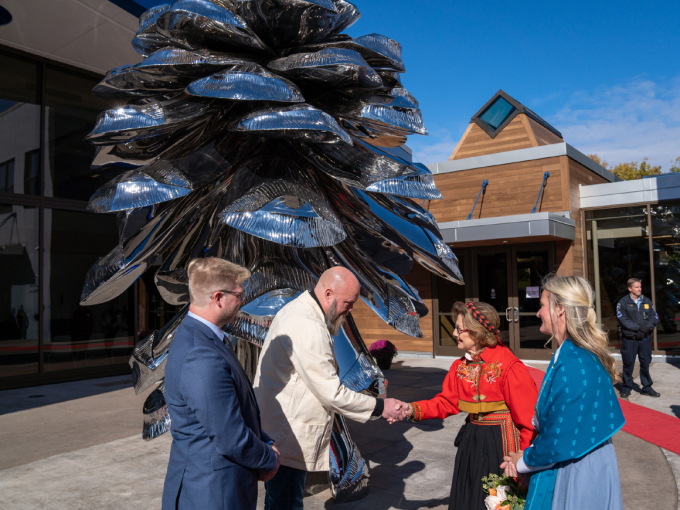 The sculpture Seeds by the Norwegian artist Finn Eirik Modahl was unveiled during the opening. Photo: Simen Sund, The Royal Court

Friday evening The Queen attended an official dinner in advance of the opening event. The guest list included many of those who have helped to make the new building a reality and who work regularly to promote Norwegian interests, history and culture in the United States. 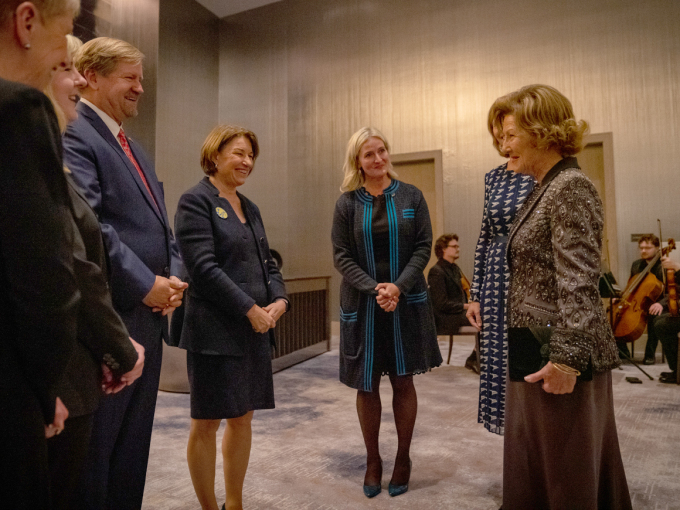 United States Senator Amy Klobuchar was among the speakers at the Norway House dinner. She underlined the importance of the close relations between the United States and Norway. Photo: Simen Sund, The Royal Court.

On Saturday evening, the Queen attended the American premiere of Kim André Arnesen’s musical work The Stranger. The Norwegian composer has had major success in the United States.

How do we meet people who are strangers, and are different from ourselves? And how different are they really, these strangers? Such questions are at the heart of Mr Arnesen’s piece, which was commissioned by the UN High Commissioner for Refugees and the Together in Hope Project, which is presenting tonight’s event.

The work had its premiere in Norway at the opening of Olav’s Festival in Trondheim this summer. Tonight’s concert was performed at the Ordway Center in St. Paul – Minnesota’s foremost performing arts venue.

The Queen had the opportunity to meet both the composer and the event organisers at a reception hosted by the Norwegian Ambassador before the concert.