Crown Prince Haakon spoke today at a business seminar in Kenya’s capital, Nairobi, which he attended with Crown Princess Victoria of Sweden and Norwegian and Swedish business delegations.

“Their presence illustrates the Norwegian and Scandinavian business community’s growing interest in Kenya itself, and in Kenya as a hub for the East African region and beyond,” the Crown Prince said. 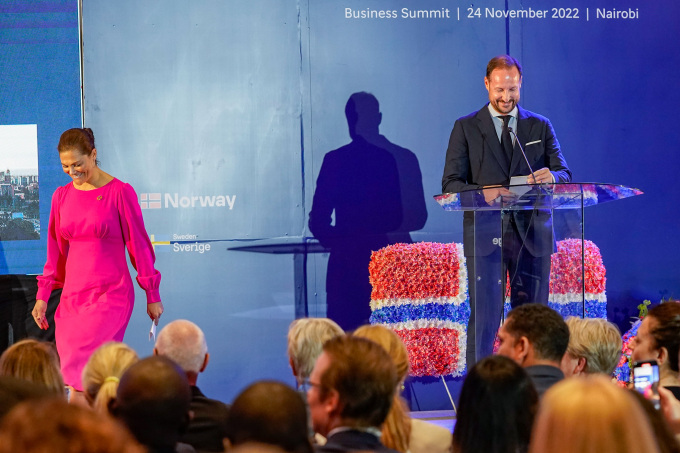 Kenya is known as Silicon Savannah – the continent’s technology hub.

Norwegian companies offer technology and solutions that can help Kenya and Norway to address many of the challenges shared by both countries, particularly in the areas of renewable energy, food security and agriculture.

However, Norway imports more from Kenya than it exports in return. When Crown Prince Haakon pointed out that Norwegians are among the world’s biggest coffee drinkers, beaten only by the Finns, the audience broke into applause. Coffee is one of Kenya’s most important exports to Norway.

“So, you can always try offering a Norwegian a cup of Kenyan coffee to help seal the deal,” the Crown Prince remarked jokingly.

Read the Crown Prince’s remarks to the business seminar 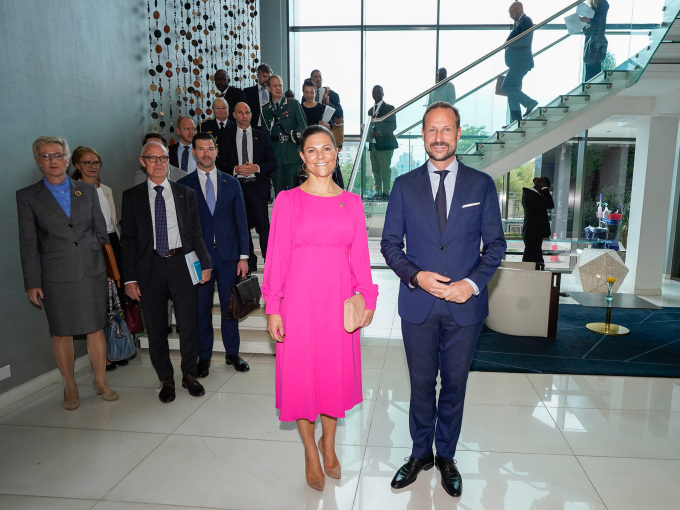 Crown Princess Victoria and Crown Prince Haakon had a busy programme focused on business cooperation on the last day of their visit to Kenya. Photo: Lise Åserud / NTB

After the seminar, Crown Prince Haakon met with the founders of Findmy, a Norwegian company that produces electronic tracking equipment for livestock, and representatives of the Mester Grønn chain of flower stores. Both companies are well established in the Kenyan market.

Innovation Norway and Business Sweden also have a presence in Kenya and are in the process of moving into new shared offices in Nairobi. Crown Prince Haakon and Crown Princess Victoria were given a tour of the new offices and met with some of the staff who will be working there. 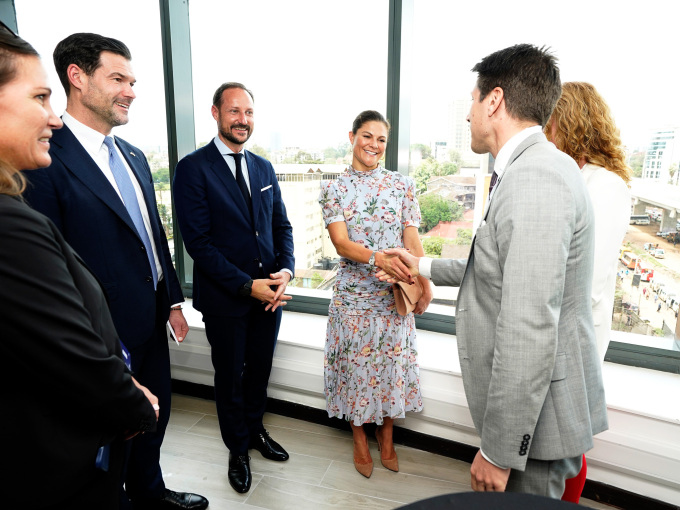 Tree planting in the Karura Forest

Early in the morning, Crown Prince Haakon and Norwegian Minister of International Development, Anne Beathe Tvinnereim, planted trees in the Karura Forest, a green oasis in Nairobi that is popular for walks and activities. The forest was saved after a long campaign led by Wangari Maathai, who received the 2004 Nobel Peace Prize for her contribution to sustainable development, democracy and peace.

Wangari Maathai’s daughter, Wanjira Mathai, welcomed the Crown Prince and Ms Tvinnereim to the Karura Forest and took part in the tree planting. 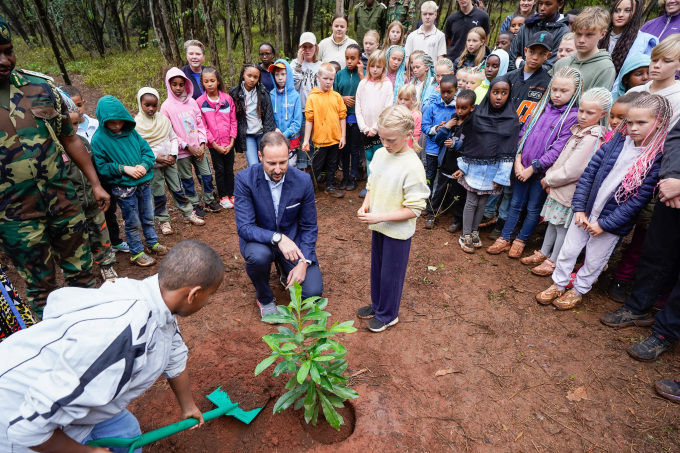 During the afternoon, Crown Prince Haakon visited two farms located an hour’s drive from the centre of Nairobi. The AusQuest Farm and the Kapiti experimental farm, which is part of the International Livestock Research Institute, are located in an area categorised as semi-arid, meaning rainfall is scarce enough that it either evaporates or is quickly absorbed by the sparse local vegetation. 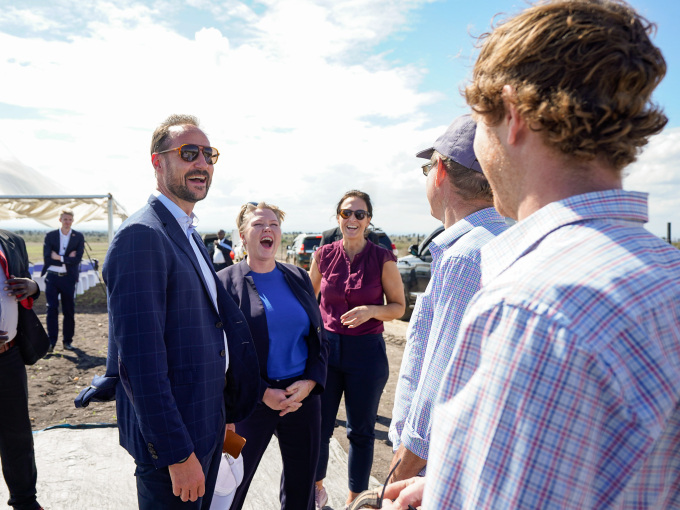 While at the farm, the Crown Prince met Findmy’s Marit Mjøen Solem once again, as well as Svein Tore Holsether of Yara, the fertiliser and chemical company; Sigrid Skjelstad of Orkel, a manufacturer of agricultural machinery; and Trond Haugen of the farm equipment manufacturer Serigstad Agri. They all represent Norwegian companies with products and systems that deliver solutions to support sustainable food production and food security in Kenya. 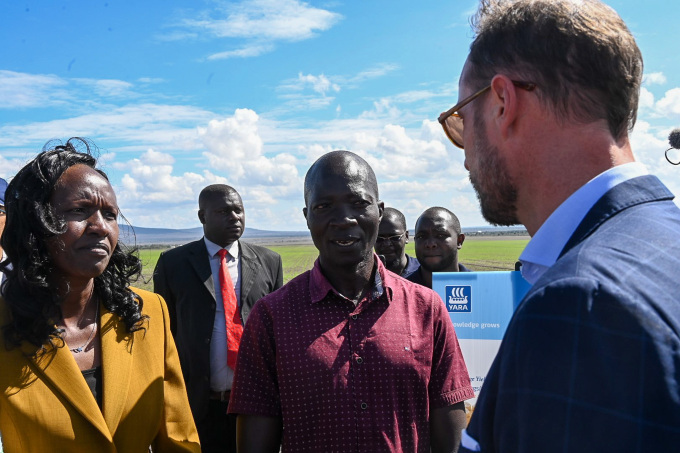 A meeting with the Deputy

President The Crown Prince’s visit to the country highlights the close ties between Norway and Kenya. On the third and final day of the visit, Crown Prince Haakon and Crown Princess Victoria met with Kenyan Deputy President Rigathi Gachagua.

This was Crown Prince Haakon’s first official visit to Kenya, and the final item on the programme was a reception for members of the Norwegian, Swedish and Kenyan business community.