The Crown Prince is active in the international sphere, and his interest in development issues dates back to his time as a university student.

An important part of the Crown Prince’s international activities is his work for UNDP.

Crown Prince Haakon was appointed as Goodwill Ambassador for UNDP in 2003. In the first 12 months he worked to promote the UN Millennium Development Goals, which were evaluated and concluded in 2015. Then the UN member states adopted the 2030 Agenda for Sustainable Development, which seeks to end poverty, fight inequality and injustice, and manage climate change by 2030. The agenda includes 17 Sustainable Development Goals, and in his role as Goodwill Ambassador for UNDP he is dedicated to working in particular with Goal Number 1: End poverty in all its forms everywhere. 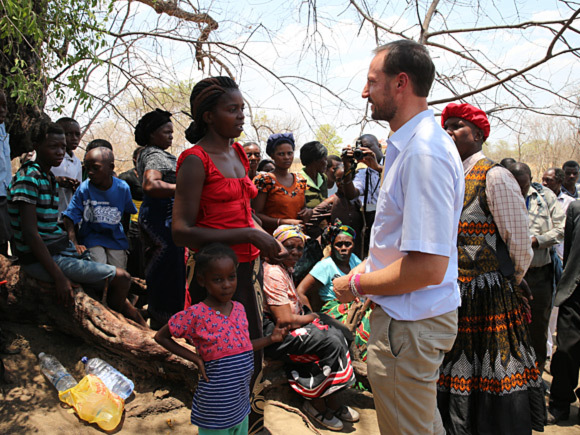 Crown Prince Haakon visits the village of Kazungula in Zambia to learn how climate change is affecting the industrial base. Photo: Stein J. Bjørge.

Each year the World Economic Forum brings together some 2 000 participants at its summit in Davos. Crown Prince Haakon took part in his first meeting in 2005, and has been an active participant ever since. 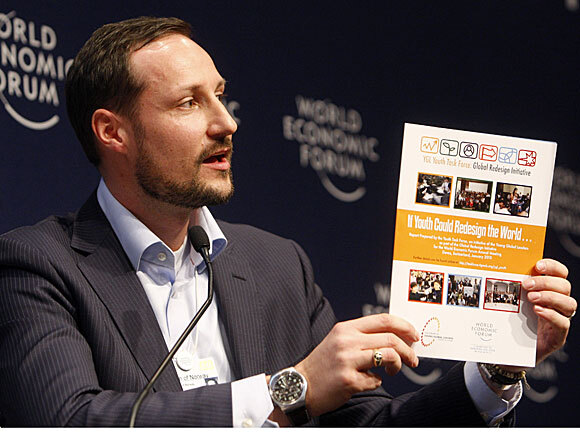 When the Young Global Leaders programme was established in 2005, he was invited to become a member. He remained a member until 2010 when he joined the YGL board, where i served until 2017.

In 2006, Crown Prince Haakon founded the Global Dignity initiative with US poverty eradication activist John Hope Bryant and Finnish professor of philosophy Pekka Himanen. The idea behind the initiative is to focus on how we can enhance our own dignity, as well as that of others, through the way we treat each other.

In 2016, the board decided to discontinue the activities of Global Dignity Norway, but the international segment of the initiative is being continued. The Crown Prince plays an active role as adviser and mentor.

Share on Twitter Share on Facebook
Crown Prince Haakon visited Zambia on behalf of UNDP October 2013, and comments on his work as a UNDP goodwill ambassador and the UN Development Goals. (Photo: Christian Lagaard, The Royal Court of Norway)
Facts