Their Majesties The King and Queen concluded their State Visit to Chile in Puerto Williams. Located not far from Cape Horn, this considered the world’s southernmost town .

Puerto Williams is the capital of Antártica Chilena Province and has about 2 200 inhabitants. It is situated on the Beagle Channel, which is named after the ship that later took Charles Darwin to the Galapagos Islands. Across the channel lies Argentina. 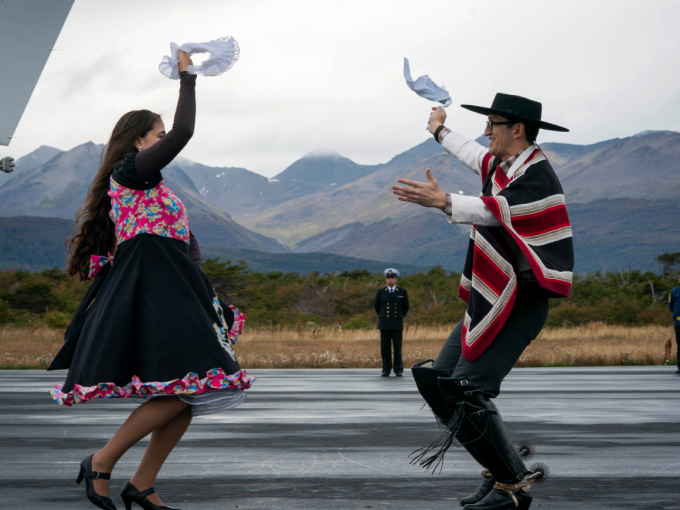 On arrival at Puerto Williams the King and Queen were greeted by folk dancers. Photo: Heiko Junge, NTB scanpix

Founded in 1953, Puerto Williams has primarily served as a naval base. But the breathtaking scenery, wonderful mountain hiking and proximity to Cape Horn have made it increasingly popular as a destination for adventure tourists.

There were demonstrations against Norwegian aquaculture in Puntas Arenas, and the King and Queen stopped to speak with the demonstrators there. Many demonstrators were also present in Puerto Williams to protest against plans to establish fish farming facilities in the area. 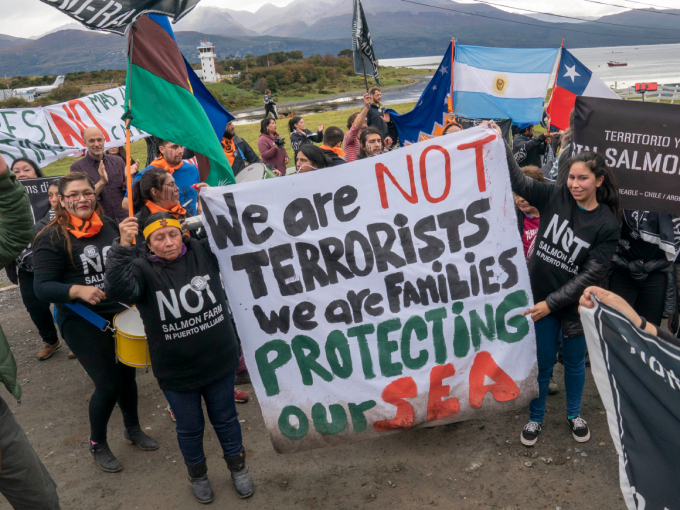 The King and Queen were given a letter from the mayor and representatives of the indigenous population.  According to the local people, aquaculture facilities will pose a threat to the natural surroundings. 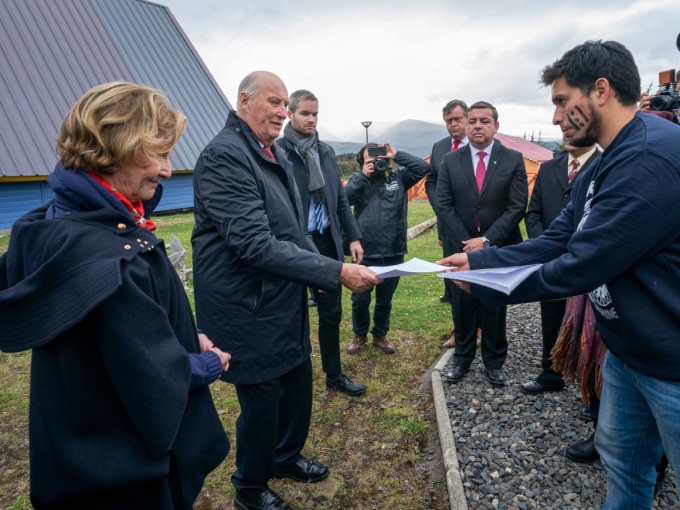 The King and Queen were given a letter from the mayor and representatives of the indigenous population. Photo: Heiko Junge, NTB scanpix

King Harald and Queen Sonja had the opportunity to visit the local sailing school in Puerto Williams. The school serves children and young people from around Cape Horn and has more than 80 enrollees between the ages of 6 and 16. Training is provided in swimming, kayaking and sailing. Activities at the school promote an active lifestyle and respect and love for nature. 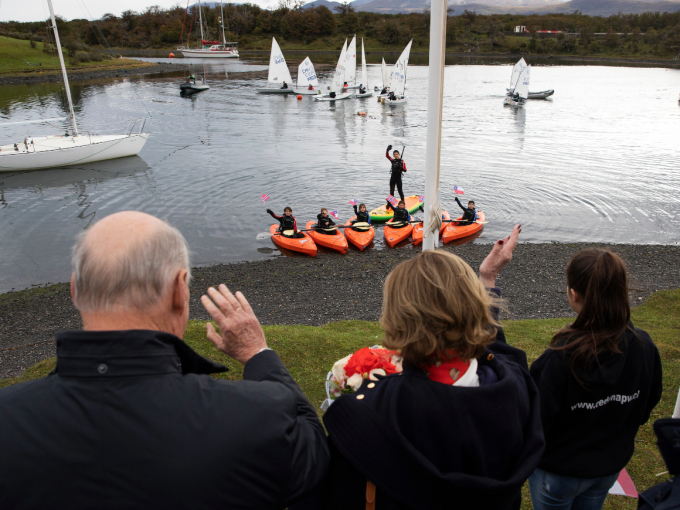 Although Puerto Williams was founded in 1953, the area has been inhabited for more than 10 000 years. Traditionally, the Yagán people were nomadic hunter-gatherers in southern Tierra del Fuego. They used canoes to travel from island to island. 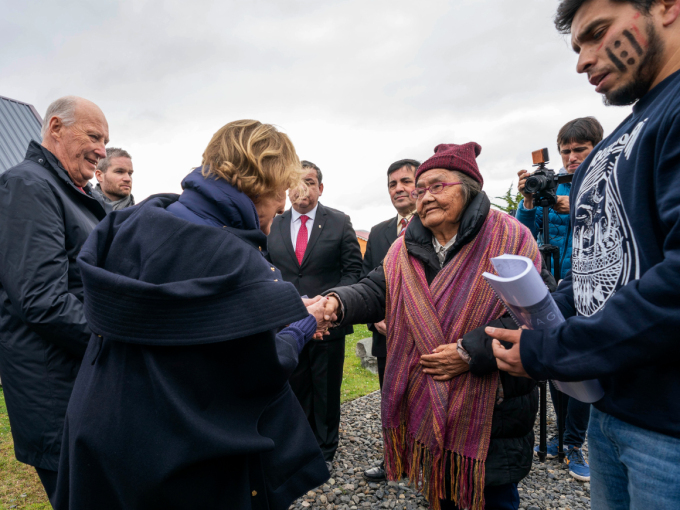 The King and Queen met «Abuela» (Grandmother). She is more thant 90 years old and the last of the indigenous population that still speaks their language, yagán. Photo: Heiko Junge, NTB scanpix

The King and Queen learned more about the world’s southernmost people at the Martin Gusinde Anthropological Museum, which provides insight into the Yagán way of life, culture and religion. 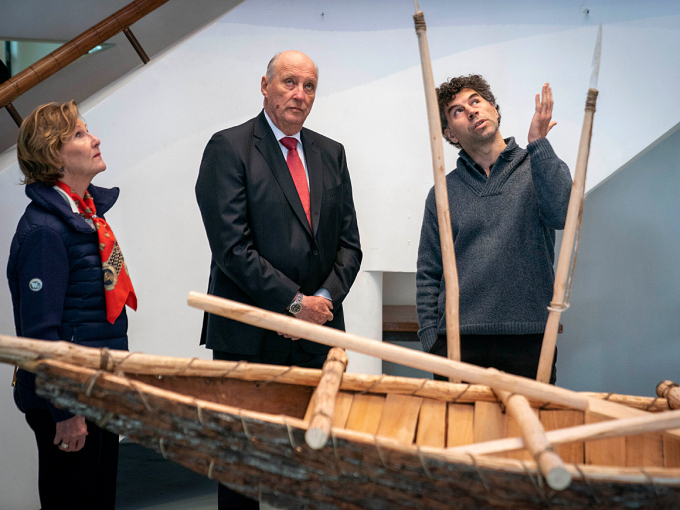