The Order of Merit

The Royal Norwegian Order of Merit was founded by King Olav V in 1985. It is conferred on foreign and Norwegian nationals as a reward for their outstanding service in the interest of Norway.

His Majesty The King is the Grand Master of the Order. The Order of Merit is divided into three classes and two sub-classes:

The Insignia of the Order is the Cross of St. Olav, wrought in gold or silver, with a plain crown in each of the four corners formed by the arms of the cross, inlaid with a rounded, red cross in the centre with King Olav V’s monogram surmounted by a crown. 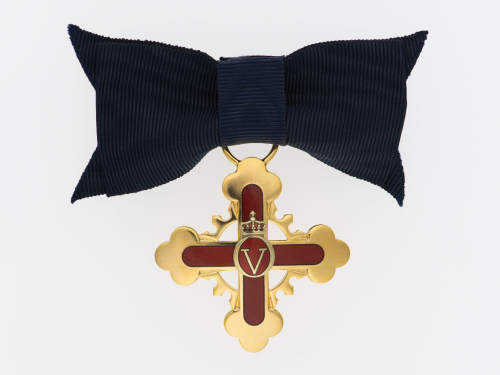 How the insignia is worn

Nominations for order recipients should be addressed to His Majesty The King and submitted via the Department for Culture, Public Diplomacy and Protocol at the Ministry of Foreign Affairs.